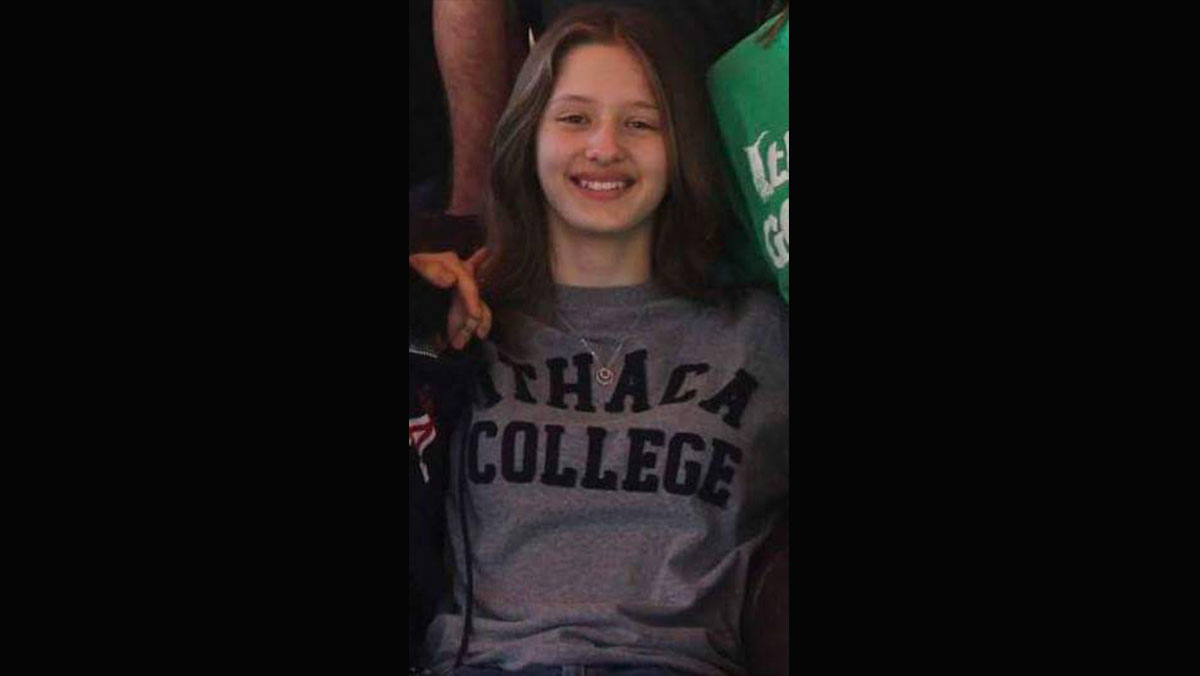 The Tompkins County Sheriff’s Office has confirmed that Kristin Jannotti, the missing Ithaca College student, has been found as of 8:45 p.m. Sept. 30. The Sheriff’s office said they are no longer looking for her, however could not confirm anything else at this time.

Jannotti’s aunt, Maria Jannotti, wrote in a public Facebook post that Kristin had been missing since the morning of Sept. 29 and that her car is gone and and cell phone left behind.

She did not state a reason why Kristin would have left.

Maria wrote that Kristin has a dark blue 1997 Toyota Corolla and was last seen in Binghamton, New York.

“If you know anything or think you see Kristin Jannotti please contact Tompkins County Police,” she stated. “Praying for her safe return.”

According to an alert sent out to the campus community Sept. 30, Jannotti lives off campus in the Town of Ithaca, so the investigation is being led by the Sheriff’s Office. However, the Ithaca College Office of Public Safety and Emergency Management is assisting in the investigation, according to the release.

The Sheriff’s Office confirmed with The Ithacan that Jannotti is still missing as of 7 p.m. Sept. 30 and that they intend to put a press release out within the hour.

Dave Maley, senior associate director in the Office of Media Relations, said the college does not have any additional information at this time, as the Sheriff’s Office is the lead investigator on the case.

Police are asking anybody who might have information on Jannotti’s whereabouts should contact the Sheriff’s Office at 607-272-2444.

“We hope for a swift and positive resolution and outcome to the situation,” Maley said.