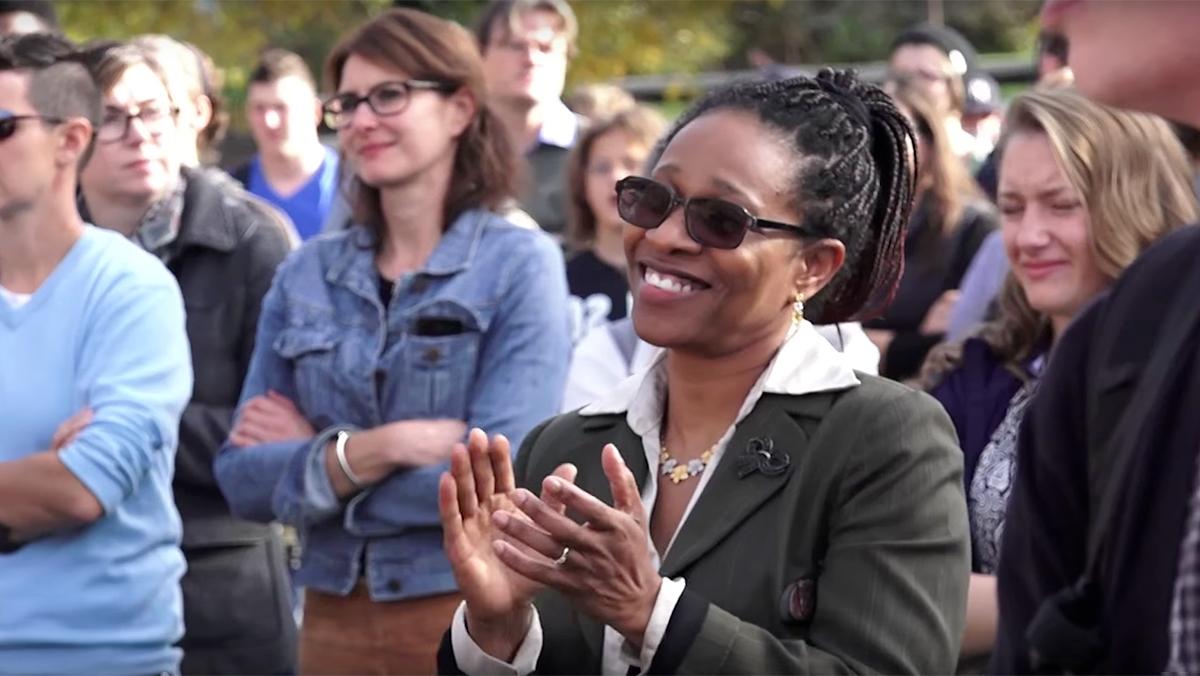 Wole Soyinka, the father of Ithaca College professor Peyi Soyinka-Airewele, was the first African writer to win a Nobel Prize in literature, and now he is leaving the United States — the place in which he once sought refuge from his home in Nigeria. Soyinka, also a political activist, made the decision to renounce his American citizenship over the recent election of President Donald Trump. In a recent Atlantic article, Soyinka explained why he made the decision, which he said he discussed with his family.

Soyinka-Airewele, professor and chair of the politics department, said her father has always stood up for democracy, whether it was in a public or private way. Soyinka was jailed in the 1960s for allegedly associating with rebels in the Nigerian Civil War, and in the 1990s, his passport was confiscated after he urged Nigerians to stop paying taxes to the country’s military rulers. Renouncing his United States citizenship, Soyinka-Airewele said, was his private way of showing his opposition toward Trump.

Staff Writer Erin Conway spoke with Soyinka-Airewele about her father’s work, his decision to leave the country and her opinion on her father’s most recent political statement.

Erin Conway: Can you briefly explain your father’s work?

Peyi Soyinka-Airewele: He’s a writer and a political activist. He’s always fought for democracy. I have grown up knowing him involved in political activism and mobilization forever. There have been two parts of his work. One has been using his writing as a way of fighting atrocity, and the other has been direct involvement in mobilization for democracy.

EC: What was your father’s reason for leaving the United States?

PSA: His work fit in with his decision in leaving the United States because he has always taken various forms of action in situations where human rights abuses are involved — where you have the abuse of power and impunity. Sometimes it’s a very public, active mobilization, and sometimes it’s a private decision. I think this particular decision was one that had to do with a talk he had given in England. In it, he said, “If this should happen, in the unlikely event that this happens, then I am going to leave the United States.” The press in Nigeria took it out of context and thought, “Oh, he’s going to tear his green card” or “He’s taking up a personal struggle against Trump.” Really, he was alluding to the moral responsibility and the ethical stance you take as a citizen when you cannot change a particular decision made by other citizens. One can fight in particular ways, and one way is by abstaining from participating in the terms of agreement that are involved, and that is what he chose to do in the particular situation.

EC: Do you support your father’s dissent for President Donald Trump, specifically for the wall he has talked about building?

PSA: Yes, but it wasn’t just about the wall why my father took that particular stance. It was about the fact that we are seeing an individual that has maximized the capacity for impunity in terms of his sexism and misogynistic views, his reckless contempt for human beings and human lives, and I totally support the opposition to that. I support the opposition to any leader, candidate or individual who supports the views that reduce the humanity of other people and call in question their rights to equal survival on earth and any space that questions their rights to belong, and that’s what Trump has stood for.

EC: In the Atlantic article, it stated that he decided to revoke his U.S. citizenship at Thanksgiving with his family. What did you think of this at the time?

PSA: On one hand, I am supportive in many ways of his decision as his decision. However, when he first said, “I’m going to rip up my green card,” it was only an expression of absolute opposition. It wasn’t necessarily, as far as I was concerned, a decision. It was embedded in his willingness, and for him it was real. He had done such things in the past, but I wasn’t sure if he had come to the final decision then, but when he had said it, it was the point of no turning back. I supported it, but I didn’t want it to be done out of having to do it. On the other side, I felt as a child, our family had sacrificed a lot for these struggles. I grew up forever hearing my parents take on one issue after another. It meant that sometimes our parents weren’t there. Selfishly, we had begun to hope we were the ones fighting now. Our parents could begin to rest a little bit, but clearly that wasn’t the case. However, I never felt his leaving was a way of giving up, but instead another way of fighting.

EC: Do you want to continue teaching and working in the United States under President Trump?

PSA: I think it’s both a want and a need. At the moment, I think I need to. I feel as if I’m in this space where there is a desperate struggle for the future of America. It’s not just about me right now. We have lost a battle, but we have seen so many societies who have also lost, but then gave up or gave in and now are on downward decline. I feel like for me, as a political scientist, it’s an incredible opportunity to see this country either moving in one direction or another. I want to be a part of that. Of course, at a different level, I want to just pack up and run. I am aware that there is no part of the world in which you can escape what is going on. I feel like I am also fighting for the future here — not just for my future, but for America’s chance at fighting back, and I want to see that happen.