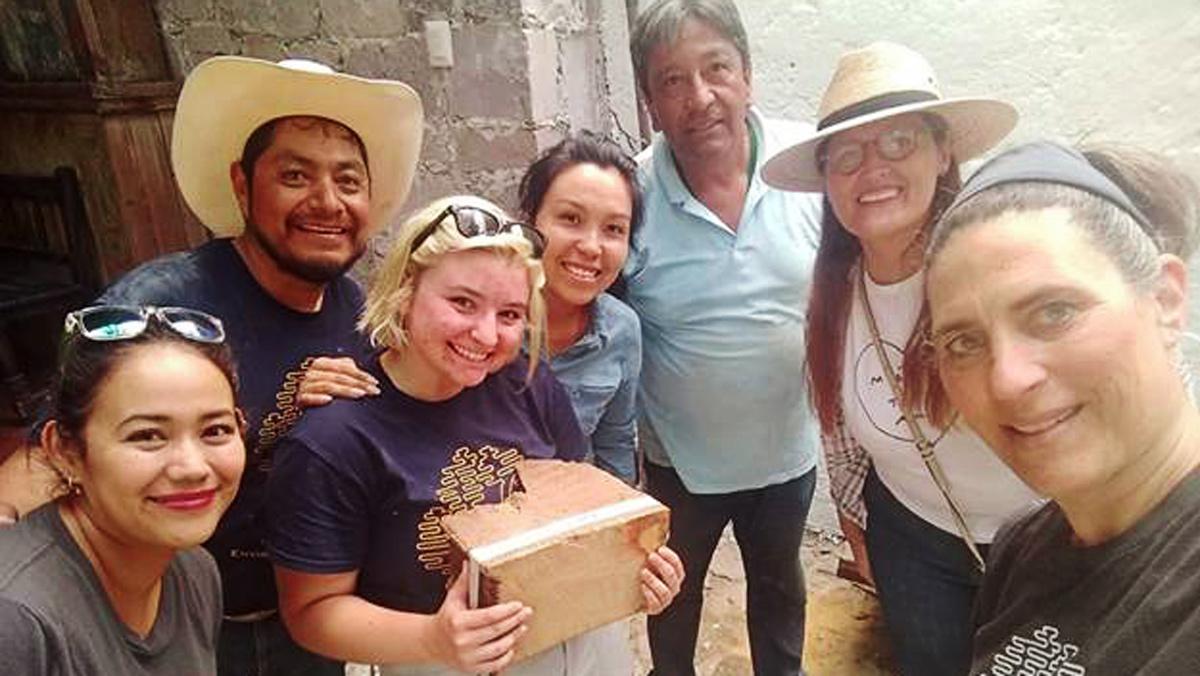 For the past nine years, Paula Turkon, assistant professor in the Department of Environmental Studies and Sciences at Ithaca College, has been working on creating a timeline that can be used to date environmental and cultural changes in Northwestern Mexico using trees.

“The work that we’re doing is still preliminary,” Turkon said. “We’re building what we call a master sequence, and that can then be used to interpret things, but the construction of it is slow work because we don’t have anything to compare it to.”

Turkon’s research, “Chronology, Climate, and Culture in Prehispanic Mesoamerica: Contribution of Tree-Ring Studies,” aims to understand climate events — like droughts and heavy rainfall periods — and cultural changes in Northwestern Mexico using dendrochronology, or the study of tree rings. She said she became interested in this region when she was invited by her graduate school adviser to work there. Once there, she said, she wondered how people lived and produced food in such a dry environment.

Turkon said her original research focused on understanding the degree to which people in this region were dependent on agriculture, which correlates with the amount of rainfall in the desert. She said she had trouble answering questions related to how agricultural and cultural changes happened because the data she had to reference were food remains, which are hard to put a date on. She said she also wondered if the variability of rainfall in the arid area was a factor in the past. She said she thought she could answer both questions using dendrochronology.

Dendrochronology is a technique in which the annual growth rings in trees, commonly known as tree rings, are studied to date events and environmental changes. Turkon said rainfall is the biggest factor that generally affects tree growth in the areas in Mexico where she takes samples. This means that a bigger, thicker tree ring could indicate a good rainfall year and a thinner tree ring could indicate a bad rainfall year. In Northern Mexico, it rains between 9.2 and 26.2 inches per year. Other factors, like the tree’s species, can also affect tree ring growth. Turkon said this technique has not been applied in this region of Mexico before.

Turkon said she examines tree rings by traveling to the sites in Mexico, taking a small sample of the wood, bringing the sample back to Ithaca, putting it under a microscope and measuring every individual ring. Samples are taken from modern trees, wooden beams from historic buildings that can date back to the 16th to 19th centuries or from pieces of wood discarded from pre-Hispanic archaeological sites dating from the fifth to 15th centuries A.D.

Using the different samples, she overlaps the tree ring width measurements to create a timeline of good and bad growth years, which could indicate years with good or bad rainfall. She said she hopes to eventually create a timeline going back to the fourth century A.D.

Carol Griggs, senior research associate and lab manager at the Laboratory for Aegean and Near Eastern Dendrochronology in Cornell University’s Tree-Ring Laboratory, said the use of dendrochronology is expanding to new fields, like the studies of climate change, fire and glacial movement. She said there are other elements that impact tree growth.

“Different species can have different patterns,” she said via email. “Trees grow depending on climate, so there are differences in tree ring patterns in different climate regions.”

Junior Rachel Volkin has been working with Turkon on the research since January 2019. She found out about the opportunity through an email and applied for the research position. While Volkin and Turkon have been working together for approximately a year, sophomore Sarah Kennedy and junior Jenny Larios have recently joined the team as well.

Volkin’s role in the research is to look at the samples taken from modern trees and compare the data to weather stations in Northwestern Mexico. She looks at temperature, precipitation and evaporation for any correlations with the tree ring growth data they have collected. She also travels with Turkon to Mexico to assist with the sample-taking process.

Volkin said the experience has helped open her mind to jobs in similar fields of science. Ithaca College does not currently have a specific plant science program.

“I’ve always had a big interest in plant science,” she said. “This field is something I didn’t really know about going into it. What’s been really cool is we’ve used this project to aim at my specific interests, and it’s sparked interests for me in other fields too. … It’s helped me figure out what I want to do with my life in general.”

Turkon and Volkin are gearing up for their third trip to Mexico in November to take more samples.

Hydroponics and aquaponics systems to expand on campus