Professor discusses her work with biohackers 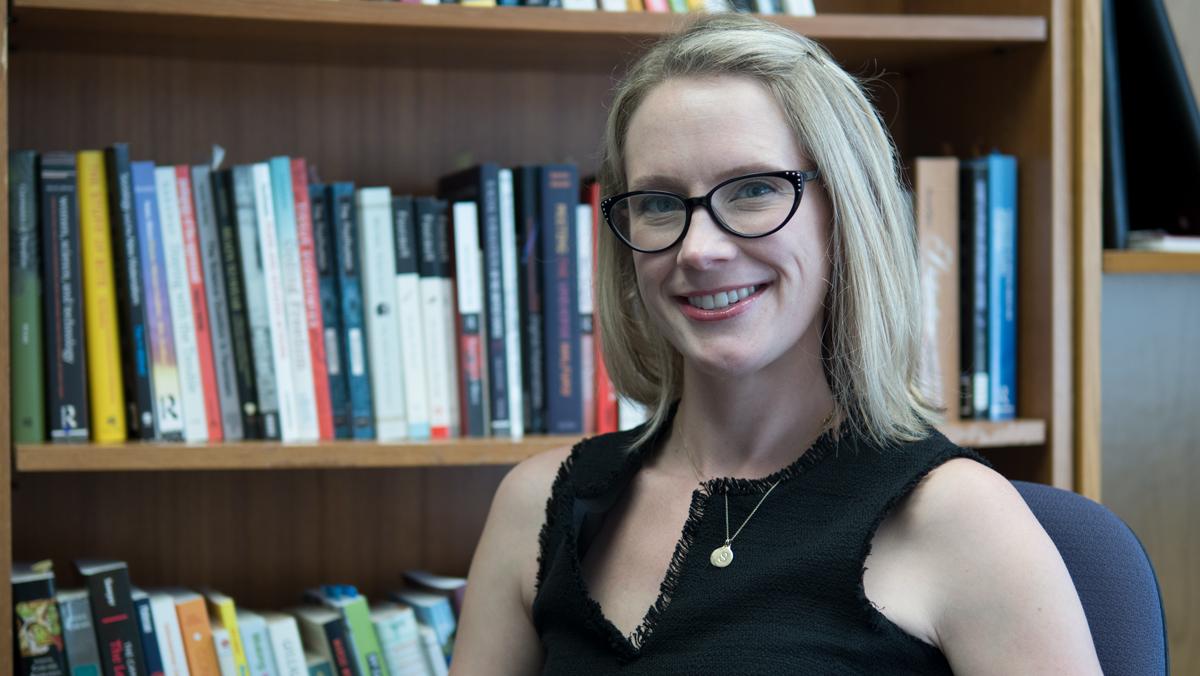 Lauren Britton, an ethnographer and assistant professor of media arts, works with biohackers, specifically those who embed technological chips into their bodies. She studies their work to understand the underlying motivations for biohacking.

She has been working with these biohackers for two and a half years and focuses on human computer integration and interaction. She received her Ph.D. in Information Science and Technology from Syracuse University in 2017, and she conducted her dissertation research on biohacking.

Contributing Writer Tessie Devlin spoke to Britton about her experience and knowledge about biohacking.

Tessie Devlin: How would you describe biohacking?

Lauren Britton: So essentially, to me, it’s anything that involves manipulating your body in some way outside of a formal space, like a hospital or research setting. It can be gene modification. It can be implanting devices of various kinds, that kind of thing.

TD: How would you describe the word “hacking”? Did you ever think it had a negative connotation?

LB: It does, I think, in society. Most of the people who would consider themselves hackers are not like these nefarious — you know, hidden in the shadows — people. They’re mostly people who are interested in understanding systems and do not work within traditional spaces perhaps, but you know they’re interested in building their own things and typically are kind of anti-corporation and things like that. But while there certainly are hackers that, you know, want to destroy things, for the most part, they’re not bad people.

TD: Why is biohacking a good thing?

LB: Well, what I think is unique about biohacking is, because it’s outside of a formal regulatory system, there’s a lot more room … for innovation in some ways because they’re not limited by procedures and testing protocol and things that a research institute might be. That’s not necessarily always a good thing, right? So a lot of those regulations are in place for reasons. But they’re moving a lot faster, I think, with the development of this stuff. They’re also mostly self–taught … so they’re also challenging this idea of who the expert is and who has the authority to do science and to do this type of research, which I think is important. So the work that they’re trying to get to is essentially a biomedical implant that would essentially let you know you’re sick before you’re sick. That’s a long way in the future. They’re not quite there yet. … I have a feeling it would certainly get into industry or the medical community before they finish their work, but there’s a lot of potential to do good in the world, I think, from these devices. I think alternatively there’s also a lot of opportunity for this to go south. So for example, there are a couple of companies … they’re encouraging [employees] to get RFID chips implanted, so instead of having like a key or a key card to access things that you could have information stored on this chip and kind of wave your hand, and it would unlock the door and things like that. The challenge with those … they’re storing a lot of data about you, where you go, how often you’re there. There’s a lot of opportunity, I think, for abuse with some of those types of devices. It runs the gamut, I think.

TD: It kind of sounds like it could potentially run into the issue of a dystopian novel. Is that something that could?

LB: I mean, I think anything could, particularly with technology, lead in the direction. I think it’s more just issues of privacy that are in the near future about what kind of information about your body that you own versus that other people have access to, which again is what I think is one of the interesting things about biohackers, right? They’re not interested in collecting your data, right? They’re trying to do their own thing and collect their own data and analyze it for their own purposes.

TD: Do you think that once this procedure becomes regular, if it ever does, will things like health insurance cover it?

LB: I would doubt that…. If you think about wearable technology, like a Fitbit, nobody thinks twice about seeing this weird thing on your wrist that’s tracking all this information. It connects with a website that you can upload all that information and Fitbit stores that stuff, right? … It’s a Fitbit that’s embedded. For example, that helps track your health and well-being. It is certainly possible that health insurance companies would be interested. … But again, I think that is very, very far away and unlikely to happen anytime soon. So my research is not necessarily in like the future of this, but it is more understanding why people are doing this work, like why they’re designing and implanting this stuff outside of regulatory systems. So I’m not a person who’s building this technology myself. I’m studying and working with the people who are doing it to understand their underlying motivations for doing it.

Associate vice president of ITS to retire after 39 years

There is currently a fraudulent email circulating among Ithaca College employees.