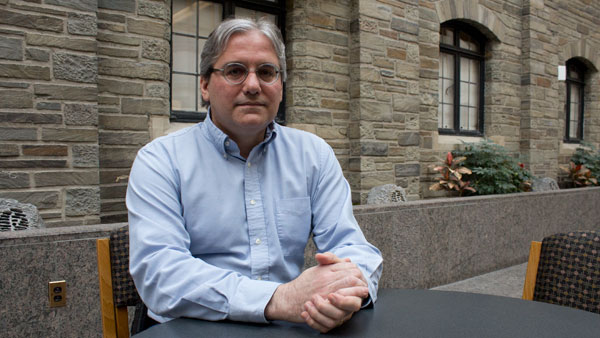 William Jacobson, clinical professor and director of the Securities Law Clinic at Cornell University, has filed an IRS whistleblower complaint against the American Studies Association. He said he believes the organization should no longer receive tax-exempt status because of the ASA’s academic boycott against Israel.

An IRS whistleblower complaint is a document any taxpayer can submit to the IRS to inform the agency of any sort of financial fraud within a company. In the case of the ASA, Jacobson said he believes the association’s tax-exempt status should be reviewed by the IRS because its support of the Israeli boycott contradicts its status as an educational charity.

In August 2002, the ASA called for the boycott, which is under the larger campaign Boycott, Divestment and Sanctions. According to the BDS movement, it has three main points: “ending its occupation and colonization of all Arab lands occupied in June 1967 and dismantling the [colonial] Wall;” “recognizing the fundamental rights of the Arab-Palestinian citizens of Israel to full equality;” and “respecting, protecting and promoting the rights of Palestinian refugees to return to their homes and properties as stipulated in U.N. Resolution 194.”

Rebecca Lesses, associate professor and Jewish Studies coordinator at Ithaca College, said the goal of the boycott is for the U.S. to have no collaboration with Israeli academic institutions. Currently, she said, scholars in the U.S. are trying to prevent any participation of Americans at two upcoming conferences: one on oral history to be held at The Hebrew University of Jerusalem in Israel and the other a film, media and communications conference to be held in Tel Aviv, Israel.

Liz Jackson, cooperating counsel at the Center for Constitutional Rights, who serves on behalf of the ASA, said in an email statement the complaint to the IRS fails to express any legitimate reason for a review of the ASA’s status. She said the boycott is based on the government denying a population the human right to an education.

“Contrary to the claims in this complaint, the ASA boycott in fact supports U.S. public policy against race and national origin discrimination in education,” Jackson said.

When following through on an IRS whistleblower complaint, the IRS usually collects money from the offender if found guilty. Jacobson said he would not receive compensation to make a statement that he is not filing for the money but rather filing for the concept.

Having already filed the complaint, Jacobson said he will not know the results unless the ASA is in fact revoked of has its tax-exempt status revoked. The filing process, however, is not transparent, so if Jacobson’s complaint is denied, Jacobson said he has no way of knowing.

Jacobson also said the ASA should not be rewarded with tax-exempt status because it’s discriminating based on national origin. He said he used several statutes to prove how the ASA is not violating a law, but rather public policy, which should be reason enough to revoke the tax-exempt status.

Right now, scholars are only affected by the boycott when they represent their respective institutions, but are still able to participate in academic events as individuals, Jacobson said.

However, Jackson said she thinks the idea behind the boycott is relevant to the mission of academic institutions like the ASA.

“Taking positions on current matters affecting education is fully consistent with a core mission of any academic associations: to educate the public about such crucial issues,” Jackson said.

While Jacobson recognizes the right the ASA has to boycott, he said he thinks the IRS should uphold its rules and regulations to dissuade the ASA from targeting individuals through anti-Jewish discrimination.

“We are not seeking to stop the American Studies Association from boycotting Israel,” Jacobson said. “All I’m saying is that if they are going to do that under the law, they have no right to the exception.”