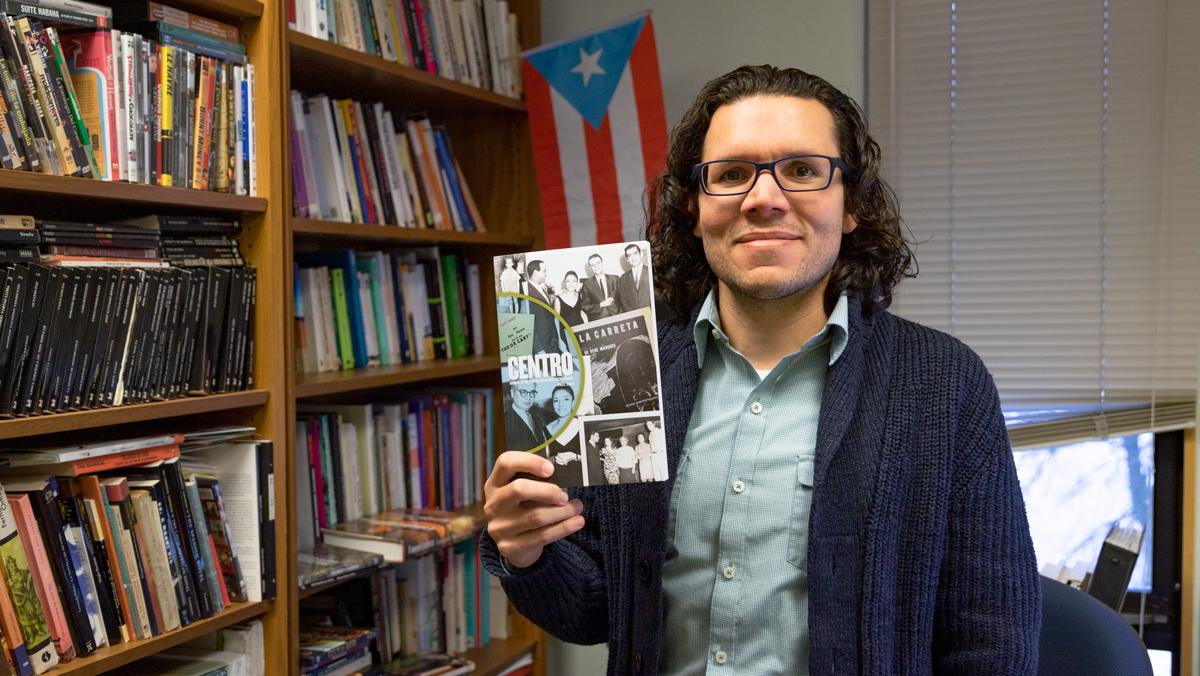 Enrique González-Conty, assistant professor and Latin American Studies coordinator in the Ithaca College Department of Modern Languages and Literatures, published an article in the Fall 2019 issue of the Center for Puerto Rican Studies (CENTRO) Journal.

His article, titled “Building Puerto Rico’s Anti-Colonial Literary Canon: Nilita Vientós Gastón’s Venture with Asomante,” developed from research he did for his master’s program at The University of Texas at Austin.

CENTRO is a peer-reviewed journal that is dedicated to Puerto Rican studies.

Staff writer Caitlin Holtzman sat down with González-Conty to discuss his research.

Caitlin Holtzman: What inspired you to do this research and publish the article?

Enrique González-Conty: The article comes from a research project that I did awhile ago for my master’s. So I did my master’s at The University of Texas at Austin, and I was in a class about writing journals. … Through that class, looking at journals in Latin America, I discovered this journal that I write about that’s called “Asomante.” It was surprising because rather than being taught about the journal in Puerto Rico because I did my undergraduate degree at the University of Puerto Rico, I had never heard about “Asomante” before.

CH: You mention the anti-colonial nation-building project. Can you talk about that a little bit?

EGC: One aspect of that is the Spanish launching literature that was written in Spanish because English was being enforced in several institutions in Puerto Rico, like in courtrooms and also in schools. And even though we were a colony of Spain, people spoke Spanish. They did not speak English. The U.S. government, since the beginning, started to impose assimilation. … It was a colonial practice in the sense that Puerto Ricans didn’t have any say. It’s not like [the U.S. government] asked, “Do you want to learn English?” It was like, “We’re going to impose English in schools and in the courtrooms.” … So the anti-colonial nationalist project was using literature to push back against assimilation.

CH: What would you say is the overall importance of anti-colonialism in Puerto Rico?

EGC: Something that is interesting is, for example, talking about Gastón today is really important because she was already mentioning and writing about the problems of colonialism in Puerto Rico in her own years. So in a sense, if you read her today, you see this is still happening today. … Probably today Puerto Rico is facing the worst crisis because of the earthquake and Hurricane Maria. … How is it facing opposition today and how it has been fought in the past so that we can move forward? … I think it was maybe 25 years after her death people were starting to publish her work again, to look at it. But now with the earthquakes and Hurricane Maria, it’s totally relevant to go back to her work to see that some things have not changed.

CH: How are you feeling about having your article published in CENTRO?

EGC: That was great not only because CENTRO is a top journal but also because of the work that CENTRO is doing. So CENTRO is only one of the things the Center for Puerto Rican Studies does in New York City. It also comes from the struggle of Puerto Ricans in the diaspora claiming a space in the academy. … I sent [my article] there because I also wanted to support the work that [CENTRO] is doing.