During a recent trip to China, Patricia Zimmermann, professor of cinema, photography and media arts, lectured about the Finger Lakes Environmental Film Festival and new media for Ph.D. students at Chinese universities. 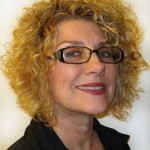 The U.S. State Department sponsored Zimmermann’s lecture tour as part of the American Film Showcase, an initiative established by Hillary Clinton, U.S. secretary of state, with bipartisan funds. Zimmermann said the program provides cultural interaction through the exchange of films and esteemed filmmakers.

“American Film Showcase is set up and established to foster dialogue and exchange between countries using culture,” Zimmermann said. “There are many different kinds of projects the State Department does … using culture and the arts to generate dialogue and understanding.”

Zimmermann said it was an honor to be chosen by the State Department to represent the U.S., Ithaca College and the Finger Lakes Environmental Film Festival. This is not the first time Zimmermann has done professional work in Asia. In the past decade, she has visited China three times and was a professor at Nanyang Technological University in Singapore for two years.

The lecture tour, which took place in November and December, included several prestigious Chinese universities in Hong Kong and Guangzhou, the third-largest city in China and the largest in the southern province of the country. Zimmermann’s lectures focused on new media in the documentary industry.

New media is a broad term that refers to emerging digital communications, including content shared via social networks. Zimmermann said some new media projects incorporate analog community activities as well as documentaries filmed at street level without the help of a big budget.

Diane Gayeski, dean of the Park School of Communications, said she is excited by the strengthening ties between Chinese universities and Ithaca College. Zimmermann’s visit to China dovetails with the college’s general interest in China, as one of the goals of IC 20/20 is to facilitate students to study in China, Gayeski said.

“Ithaca College is always interested in having our professors share their work with colleagues across the world,” Gayeski said. “As part of the college’s strategic plan, one aspect of that plan is to explore opportunities for our students to study in China, so we have had a number of professors go to China to meet with other universities and speak at conferences and to speak at various universities in China.”

Zimmermann said she was surprised by the lack of texting or Internet browsing by the students when she spoke. She said it was liberating, though she did feel uneasy about the Chinese government having enough power to restrict Internet access.

Lu Liu, assistant professor of the department of history and a Chinese native, said Chinese culture places professors and teachers at the same social importance as the emperor or family. Teachers are mentors and moral role models to their students.

“The government lets the higher education institutions run themselves,” Liu said. “There’s much less control in terms of curriculum.”

“What we can learn from what’s happening in China is that there is only one goal that is important, and that goal is to facilitate a vigorous public dialogue to create a contentious and open civil society,” Zimmermann said. “Media is simply a trampoline for more dialogue.”