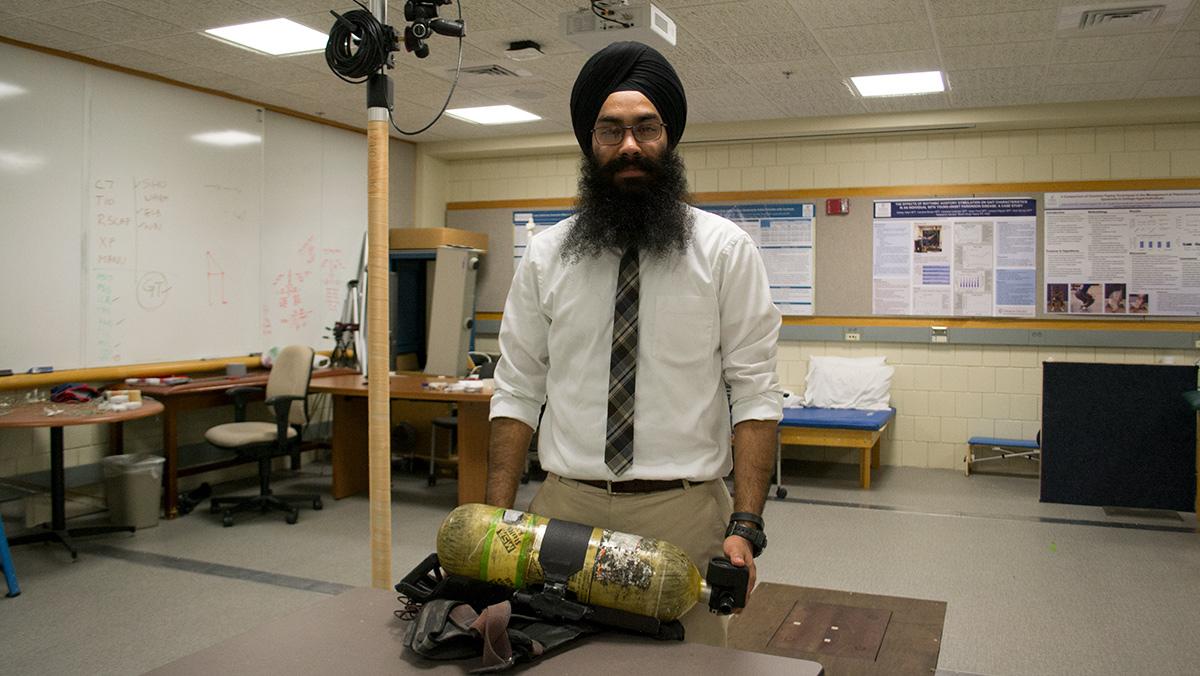 Rumit Kakar, assistant professor in the Department of Physical Therapy, studied the impact of personalized boot heights and a new harness backpack design on the comfort and efficiency of firefighters. In one portion of the study, Kakar worked with Huiju Park, assistant professor at Cornell University, to prove firefighters can do their jobs better with personalized boot heights, Kakar said. In the other portion of the study, Kakar worked with Deborah King, professor in the Department of Exercise and Sport Sciences, to show that a newly designed harness backpack would make firefighters more comfortable and therefore more productive, King said.

Kakar said he began research in Spring 2016, when Park invited him to collaborate on a project researching firefighter boots. This portion of the study was funded by the Cornell University Agricultural Experiment Station federal formula funds.

Currently, companies only manufacture one boot height for all firefighters, and Kakar said he thinks a universal boot height hinders the movements of firefighters of certain heights. His team had 15 local firefighters do their daily activities such as duck-walking — walking in a squatting posture — and going up and down ladders, and they studied the mechanics of their movements. Kakar said their research has proved personalized boot heights work better.

“In the most easy terms, one size does not fit all,” he said. “You should have personalized equipment if you’re putting individuals in situations that are hazardous or strenuous conditions where they have to save people.”

A Cornell grant that promotes small businesses in New York state funded the harness portion of the study, Kakar said. XS4 Inc. — a company located in New York City that produces backpacks, infant carriers and harnesses — designed the harness backpack and brought it to Cornell University to study the efficiency of its design.

Kakar said the traditional harness was not built for comfort, especially when carrying the weight of an oxygen gas tank, which firefighters need when they go on a call. If the harness could sit closer to the center of the body, then the person wearing the harness would have less fatigue and strain on the shoulders and back from not having to tilt forward as much, King said.

“When it’s more comfortable, people might wear it longer or be able to pay attention to other things, like fighting the fire, as opposed to thinking about their back,” King said.

Kakar said the new harness features differently placed straps to bring the whole structure of the harness closer to the body, which makes the new harness significantly more comfortable when carrying a load.

He said this means that firefighters do not have to change anything about the way they do their work because it is not different physiologically or biomechanically.

“It’s a good thing, essentially, in the long run, if you look at it,” Kakar said. “You’re increasing the comfort, but you’re not changing the way you carry the load.”

King said participants in the study needed to be healthy and active, so they recruited 12 students and staff from the college who were of similar build and fitness to average firefighters.

Kakar said they used a motion–capture system made of reflective markers, similar to how animations are created, to gather data of the individual’s biomechanical movements while carrying each harness.

Student research assistants Natalie Knight and Zach Finer, both juniors, said they helped during the data collection process by placing these reflective markers on the appropriate areas of the body. Knight said she and the other assistants also took body measurements, such as leg length and knee and ankle width.

“It’s pretty cool to see how something as small as changing the design of a backpack could make such a significant impact on real-life heroes in their day-to-day activities,” Finer said.

King said they are currently analyzing data from the study, but they hope to be finished by winter break. She also said this research will be helpful to the firefighters because the new gear increases comfort and allows them to work longer and faster.

“Both their life and potentially the lives of the citizens are on the line,” she said.