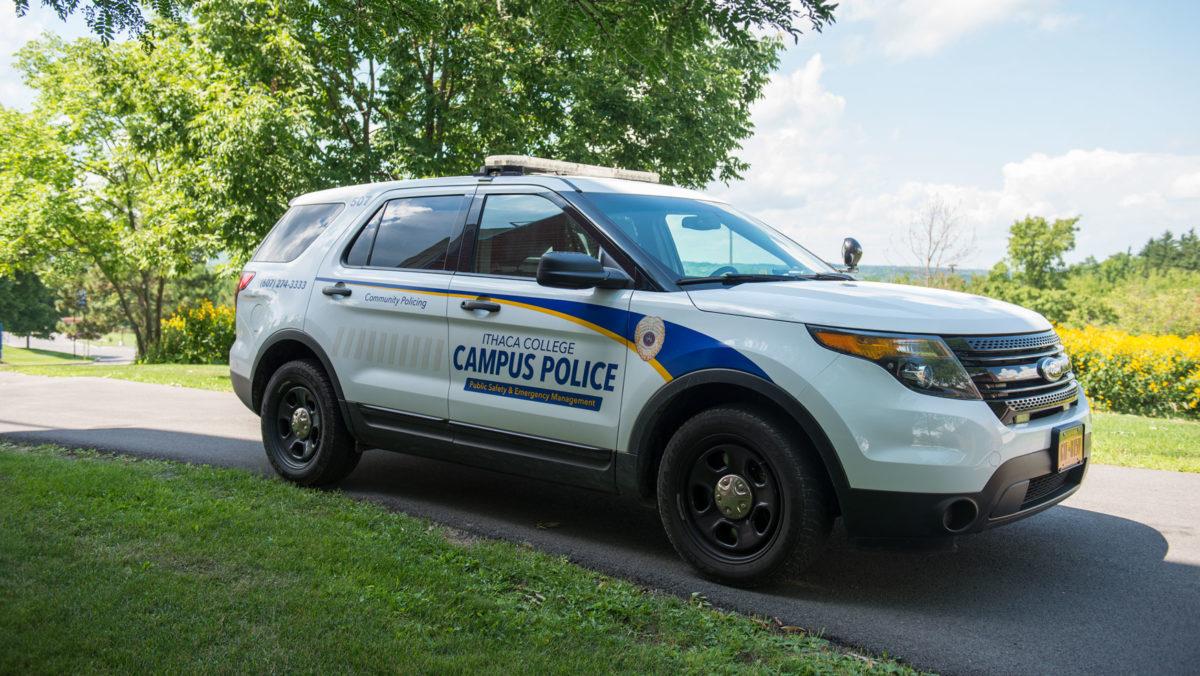 Sam Fuller/The Ithacan
The Ithaca College Office of Public Safety and Emergency Management are investigating two Aug. 16 break-ins — a trespass and a burglary — at Circle Apartments. The two incidents are thought to be related.
By Grace Elletson — Assistant News Editor
Published: August 18, 2016

The Ithaca College Office of Public Safety and Emergency Management is investigating a burglary and a criminal trespass in two separate Circle Apartments, which occurred after midnight on the same night.

Between the hours of midnight and 9 a.m. Aug. 16 in Circles apartment 341, a burglar reportedly stole a flat-screen TV and a 3-foot-tall black speaker with a green front while the tenants were asleep, according to the Public Safety alert sent out to the campus community.

During that same morning at 3:30 a.m., tenants of Circles apartment 131 found an unknown person with a flashlight entering their apartment, according to the alert. In both instances, the intruders might have accessed the buildings through the unlocked sliding–glass doors.

Thomas Dunn, lieutenant in the Office of Public Safety, said they have reason to believe the incidents are related because they happened in the same time frame. He said if anyone saw anything suspicious, they should contact Public Safety.

“We are pursuing the leads that are available to us, but we’re looking for the public assistance … because it’s a concern for the community that these people are doing these things,” Dunn said.

A similar burglary occurred July 26 in Circles apartment 12 when a bicycle, a car and computer equipment were stolen. Dunn said it is unknown if the two burglaries are related.