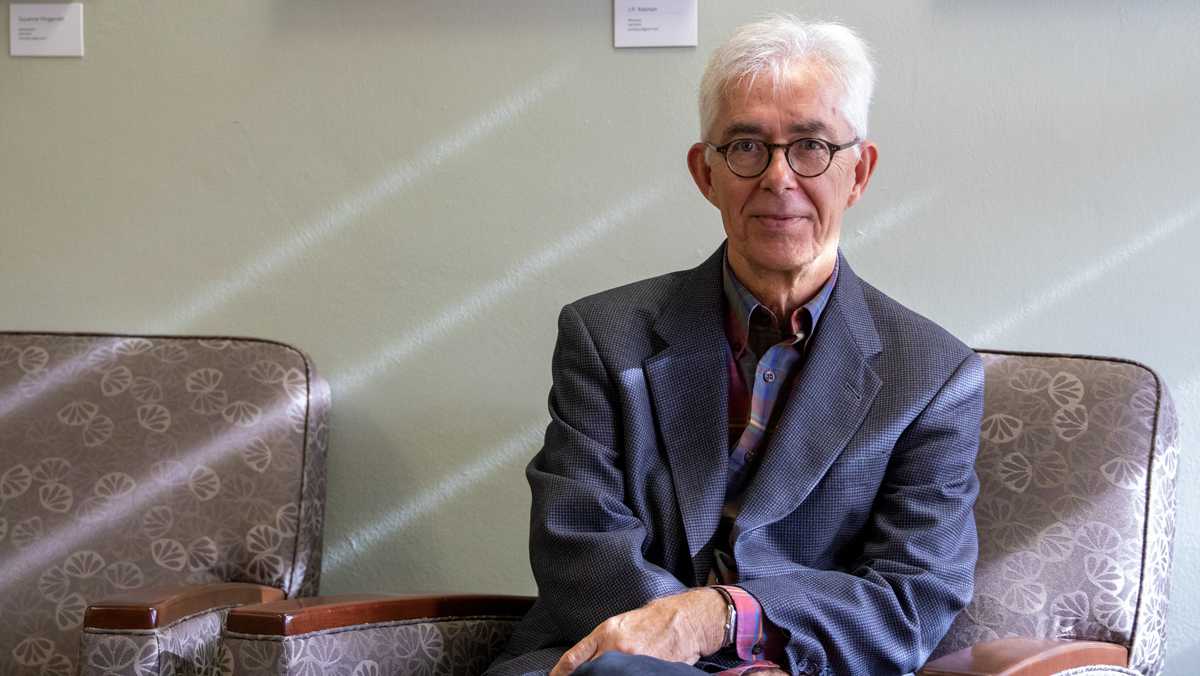 Elias Olsen/The Ithacan
Wade Pickren, director of the Center for Faculty Excellence, was the editor for a special issue in the journal Theory & Psychology discussing the relationship between psychology and neoliberalism.
By Ashley Stalnecker — Staff Writer
Published: November 6, 2018

Wade Pickren, director of the Center for Faculty Excellence, recently served as an editor for a special issue of the journal Theory & Psychology. The issue, “Psychology in the social imaginary of neoliberalism: Critique and beyond” was published Oct. 9.

The issue focused on the psychological impact of neoliberalism — a modified form of liberalism that favors free-market capitalism. Staff Writer Ashley Stalnecker spoke with Pickren about his role in creating the special issue and the critique he wrote that appears at the beginning of the journal arguing that psychology is a major influence on the neoliberal imaginary.

Ashley Stalnecker: Could you give a brief overview of the research for our readers?

Wade Pickren: This is a special issue of a journal called Theory & Psychology, and it is typically — the articles published in it are from diverse areas of psychology — all of them taking on some larger theoretical issue rather than being kind of, if you will, empirical in that format. That is by going out and having participants do a laboratory-based study or such thing as you might find in our psychology department here at IC. So, these are people who tend to be further along in their career, and so they’re now reflecting on and thinking about some of the theoretical implications of the field. So, that’s what this journal focuses on. … The articles in this special issue — my introduction, five articles and then a discussion — are all based on a symposium held in August of 2017 at the American Psychological Association Convention. … It takes a while to pull one of these special issues together.

AS: What is the importance of touching on those topics and this research today?

WP: … I think we’re at a point where the neoliberalism that has focused on creating, in each of us, an entrepreneur of the self, is now shading into a manipulation, a greater manipulation of the population through fascist and nationalist tendencies which we see in our own country. But we see it happening in other countries as well, which ends up destroying the sense of commonality or community or solidarity that we could have with each other. So, it has the potential to continue and actually enhance the isolation that each of us often feel. Social media is no substitute for actual human interaction. Yet, we’re increasingly told that the way to make our lives meaningful is through, to put it very crassly, sort of selling ourselves by promoting ourselves. And so, what we are seeing is a reduction of the quality of life experiences. … We’re encouraged through this kind of neoliberalism and through psychology that kind of supports it to not reflect on ourselves, not to reflect on our lives, not to create a sense of community or find ourselves in a community. So it has potential for further isolation. So, I think there is a psychological price that is being paid for this as well. …

AS: How does the current political climate affect the research, if at all?

WP: … I think what we’re seeing with this kind of isolation that we experienced with the world that we’re living in. …  That is, just things to entertain us rather than things that cause us to think and feel deeply in life. And, politically, I think what this feeds into then is the ability to be ever more manipulated by politicians — by the structures that I referred to earlier … And one example is that we see increasingly the dramatic and continuing increase in income inequalities and wealth inequalities so that the 1 percent is taking more and more of the resources of the world and the rest of us are getting less and less. So, it’s a poor substitute that we are settling for. And, this again, I come back to my idea. My idealism, perhaps, that psychology can be an emancipatory field of both science and practice. It seldom is, but that doesn’t mean it doesn’t have the potential for it. And so, an issue like this is meant to contribute to this dialogue that …  will maybe, in only a few cases, but nevertheless, it holds the potential to cause people to stop and think and maybe reorient.

AS: Could you explain the critique you have at the beginning in your own words to the readers?

WP: … What I did in my introduction was to set up the readers and say a little bit about each article. But I also framed it as to explain a little bit about what neoliberalism is, to explain what I mean by social imaginary. The social imaginary is the way — it’s our kind of accepted way that you and I and all of us — our particular or national kind of context. It’s like the world that we perceive. We’ve agreed upon certain social conventions, and so, we are living in a social imaginary of the individual entrepreneur — the entrepreneur of the self — that it’s all up to us. … And so, I cite the need to move beyond our own western nationality to create and borrow different epistemologies, or methodologies I think is the word I would prefer there. And then, to join, if you will, with others in different parts of the world — not just in the global north, but in the global south as well — to create alternative methodologies to do social sciences, to do psychology, to do sociology. … So I think this article then feeds into what I see is a need to create alternatives in the way knowledge is constructed and the way it will spread.