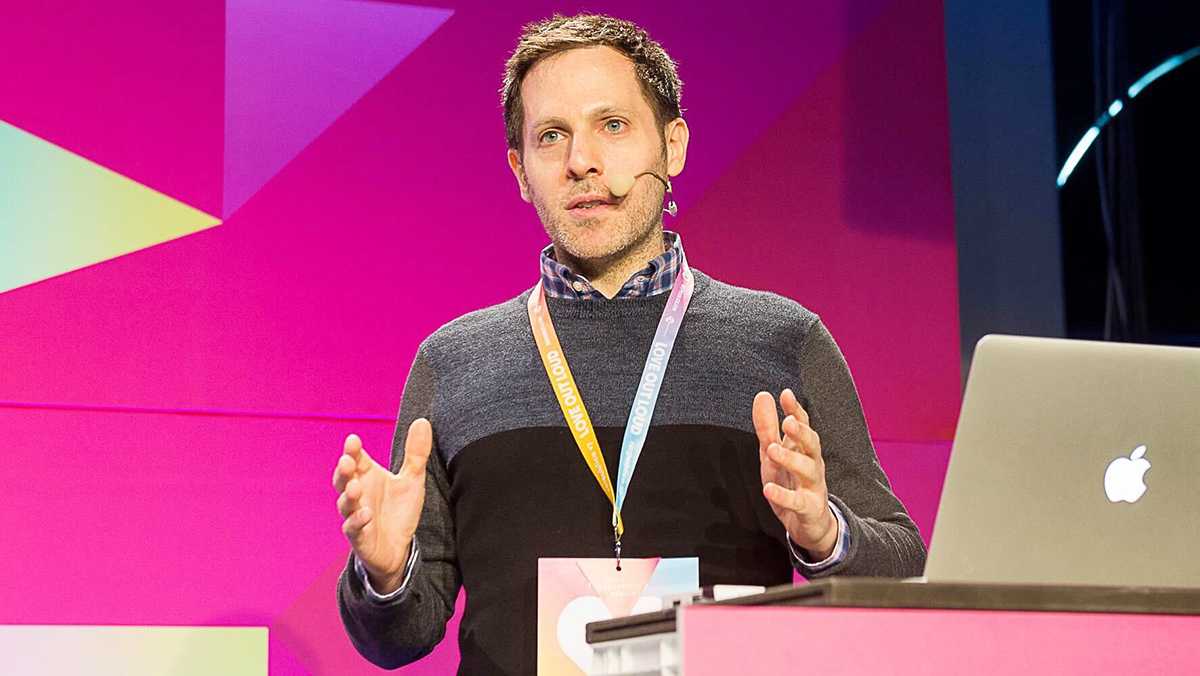 Courtesy of Adam Ellick/The Ithacan
During his time at Ithaca College, Adam B. Ellick '99 worked at The Ithacan, ICTV and WICB before graduating with a degree in journalism. He is now the director and executive producer of Opinion Video at The New York Times.
By Lorien Tyne — Assistant News Editor
Published: April 25, 2022

Adam B. Ellick ’99, director and executive producer of Opinion Video at The New York Times, has traveled the world reporting on award-winning stories and started the Opinion Video team in 2018, which he now leads.

Ellick previously worked as a senior international video correspondent and print reporter covering human rights for The New York Times. He brought Malala Yousafzai’s story to the world for the first time and directed a documentary series titled Operation InfeKtion: Russian Disinformation from Cold War to Kanye, among many other projects. He has worked on and directed projects that have won awards like a Pulitzer Prize and an Emmy, and recently his Opinion Video team won an Oscar. However, he said he finds a different reward when stories have a real-world impact.

During his time at Ithaca College, Ellick worked at The Ithacan, ICTV and WICB before graduating with a degree in journalism. He returned to the college to give the main address at the college’s 2016 Commencement ceremony.

Assistant news editor Lorien Tyne spoke with Ellick about his career in journalism and what values have guided him to the work he does now.

Lorien Tyne: I’m curious about what project you have done that you’re most proud of or honored to have been a part of.

Adam Ellick: Well, there’ll be some recency bias in my answer, but I made a film a couple years ago called “Operation InfeKtion” during the Trump era. It’s about the history of Russian disinformation. I think normally when I watch some of my old films, I have the tendency to cringe a little, to think, with hindsight, that the film could be better or maybe not every film ages the way you hope it ages and this film has aged with perfection. In this film, we dissect the playbook of Russian disinformation and how it’s been used against the West for decades. That same playbook is being used hour by hour in the digital landscape right now in the war in Ukraine. I think the film is probably more illuminating today than it was when it was published. … So, I think that’s a pretty special project and it was nominated for two Emmys, which was nice at the time, but I think the true award or reward is the continued relevance of a big project.

LT: What is the one true thing that guides you in your journalism and in your life?

AE: I would say curiosity, caring about — when I say caring, I mean empathy and the desire to seek knowledge — people who are not like me and people who are in different situations that might not affect me, but still wanting to understand their joy and suffering and pain is a big part of being a journalist. And when I say a journalist, I mean the DNA of a journalist, not just the job, but the passion and the thing that you worry about when you go to bed and the thing that wakes you up early in the morning which is, you know, are there people out there whose story deserves the curiosity of the public. … I think journalism, when done well, puts the spotlight on people who don’t have a voice or people who are committing a wrongdoing.

LT: You’ve talked about getting your first major scoop while writing for The Ithacan. I was wondering how those beginning moments of journalism have impacted your career.

AE: Well, I would say that the stories I broke when I was a student at Ithaca created a conversation that didn’t exist on campus. That … provided a very stark lesson to me that the power of publishing can change the public conversation. When you have a public conversation, then there’s the possibility of different outcomes and actions. So it gave me a taste or a foretaste of the power of publishing and accountability journalism and it was also really fun. And I was like, “I think I’d like to do this for a lot more years.”

LT: You mentioned that you’re an introvert. How does that play out as a journalist?

AE: I think there are many journalists who are introverts because journalism is like a license or a freedom or an opportunity to be a person that you aren’t in real life. So, I think I feel like a different person when I’m reporting and I feel like I’m wearing a mask, and that mask is being a journalist. I can ask questions that I might be too shy to ask normally. It just sort of feels like a hall pass or something, and it’s a chance to sort of be someone that I’m ordinarily not. So I actually think I enjoy it quite a bit. You can be an introvert and still be able to perform in front of others for a short amount of time before your energy dwindles. So I think being an introvert kind of makes journalism easier because it just gives me a space to be someone I’m not and then that space is over and I can go back to being me. And also, you know, a big part of being a journalist is just listening and introverts prefer to listen. So it’s not a complete contrast or contradiction as well.