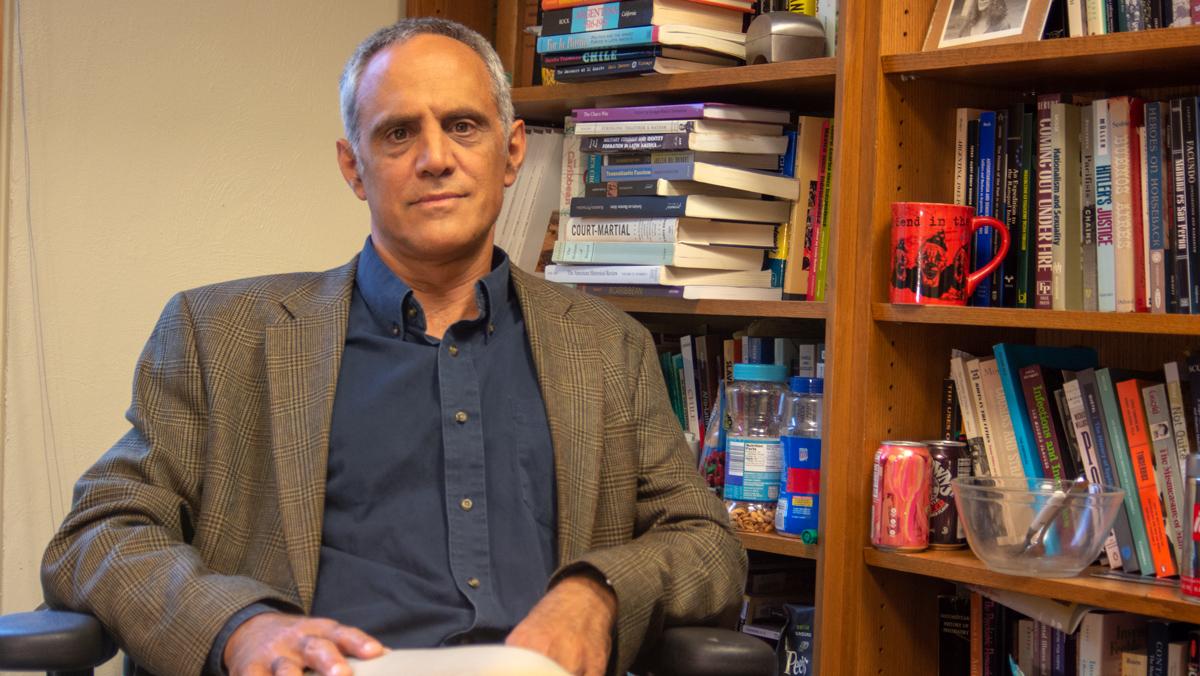 File Photo/The Ithacan
Jonathan Ablard, professor in the Department of History at Ithaca College, has co-written an article published in the Journal of Social History.
By Cecilia Meza — Contributing Writer
Published: September 29, 2021

Jonathan Ablard, professor in the Department of History at Ithaca College, has co-written an article published in the Journal of Social History (Oxford University Press) as part of the special section titled, “Interpretive Challenges in the Archive: Rumor, Forgery, and Denunciation in Latin America and the Caribbean.” Ablard co-authored the article with Ernesto Bohoslavsky, professor in the Department of History at Universidad Nacional General Sarmiento in Argentina.

The article “Rumors, Pescado Podrido and Disinformation in Interwar in Argentina” is a deep, speculative dive into how and why political rumors were spread by members of the Argentinian government during the interwar years and the effect those rumors had on the course of history. The article focuses on two case studies: the anti-Radical Party rumors and the more general anti-Communist rumors.

Contributing writer Cecilia Meza spoke with Ablard about his research and the content of his article.

Cecilia Meza: Can you give a brief description of the content of the article and your research?

Jonathan Ablard: Essentially what it is about is different ways that rumors and disinformation … operated in Argentina during the 1930s, and this is a period in Argentina where the country was under different kinds of authoritarian rule, and so basically that was what we were talking about in the article. We were interested in the kind of “how and why” political rumors and disinformation got created and how it got circulated … My part of it was about how government agents sort of circulated information about essentially the communist threat in places like the schools and the barracks, and how much of this information was kind of exaggerated or was just outright false. My interest was also how these false reports came about … how those false reports then got recirculated to other people, including U.S. government employees of the State Department who would read these reports and believe that they were true. The article, in the end, is really about how disinformation and misinformation circulates and gets redigested and recirculated again.

CM: How did you find out this information?

JA: My sources came from two different kinds of collections. One was in Argentina, documents from the Ministry of the Interior and also from the Ministry of War, what today we would call the Defense Department. I was looking at essentially letters and telegrams that were being communicated between what were like a lower–level telegraph, postal employee, back to headquarters in Buenos Aires or that were being reported by a police agent back to headquarters. Essentially, looking at official correspondence which at the time was not available to people. The other source has been records of the U.S. State Department … during the same time period … I was able to connect what Argentine government officials were corresponding about with what the U.S. State Department was corresponding about.

CM: Are any of the courses you teach related to your article?

JA: Yes, there is, the class is called A Global History of Lies: Conspiracy Theories, Rumors and Hoaxes and it’s a 300 level class, but I’m thinking about turning it into a 200 level class. … In that class, we start in the contemporary moment and we read articles by journalists and social scientists and computer scientists about how it is that we are in our particular crisis of information and mis– and disinformation and we go back to the 17th century … I was worried about the problem of mis- and disinformation for the past five or six years and then, sort of by accident, I started writing on the history of it and then the two things came together and I decided that I should teach a class on it.

CM: What is the next step in your research? What are you going to work on next?

JA: I’m not really sure … I have an article that I am trying to finish on the Argentine army during the last dictatorship of the 1970s … I’m writing some little essays for websites, where I am trying to take my academic articles and digest them and make them more accessible for a wider public … I have toyed around with the idea of writing a book on the global history of lies, but I’m a little bit stuck on how and where to start on such an ambitious project.