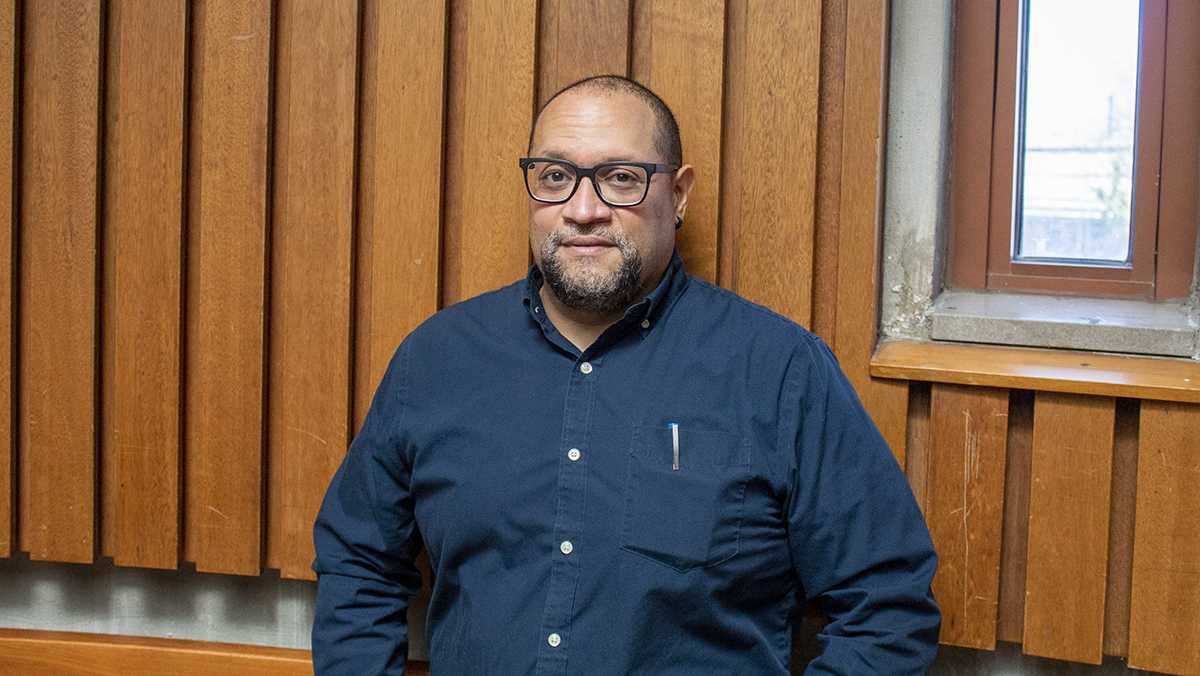 Figueroa’s teaching and work centers around U.S. politics and explores faith and race in relation to politics. He wrote this essay based on Bayard Rustin’s 1948 William Penn lecture. Rustin was a Quaker and African American leader in social movements for civil rights and a promoter of non-violence.

Caroline Grass: How long have you been interested in studying the life of Bayard Rustin? What about him and his life inspires you or interests you?

Carlos Figueroa: I started looking at the work of Rustin in 2015, and I came to his work through my work on Quaker history. So I am working on a book right now on Quakers and U.S. Empire. Through that research, I found my way into Bayard’s work. … He seemed to be a historical figure that captured the essence of many of my scholarly interests. … He basically became a central figure for me because of all the commonalities of his work and my work.

CG: How did you decide you were going to write an article for the Friends Journal?

CF: I was invited in 2016 to give the keynote address that was sponsored by two events actually at Illinois State University. …  [Then] I was invited to speak in Italy, spoke about Rustin and then the last place I ended up before the pandemic [was] flying out to England. … In the audience, I did not know, there were two editors who were working on a book through Routledge Press, who then after my talk came up to me to ask me if I wanted to work with them to produce a chapter or two for their book. … I drew on those chapters to write this essay. …There are other pieces that are working around the same theme of non-violence in this [Friends Journal] issue. So that was perfect. They aligned my essay with the bigger theme, and then what’s happening in Ukraine and other parts of the world. I think it’s a good way of pushing back and trying to bring back the non-violence approach.

CG: Could you expand upon how it correlates with what’s happening in Ukraine right now?

CF: Especially this essay, Rustin was writing in the beginning of the Cold War, and just after the Second World War, and that’s very difficult to do. And there are some people engaged in trying to promote diplomacy, trying to promote different kinds of strategies. But then you’re dealing with an aggressor. That is Vladimir Putin. We’ve been aggressors ourselves in this way. Rustin wrote about the American empire and our interventions in the world. It’s basically pushing back, promoting different ways of approaching these events. Non-violence, it’s tough again, because you have to try to get people to buy into it across the board. … Another way of doing it [promoting non-violence] is getting individuals and citizens aware that there are other ways of dealing with violence. We know that sanctions is one … but here of course, it’s escalated so much that we have to start stepping back and looking at the needs, the humanitarian needs of the people on the ground and that’s part of again, part of the philosophy.

CF: Well, it’s a combination of Quaker testimonies. Testimonies are a little different than values, even though we equate them with Quaker values. The value systems that come from Quakers are rooted in morality and faith. So the testimony is our brotherhood, sisterhood, rooted in moral integrity, which is how I placed Rustin’s work. So you have to go within first. Make sure that you know thyself. … Peace is another testimony. So community peace, simplicity, stewardship is another testimony that the Quakers uphold, meaning we should do something for the present and also for the future generations.

CG: What do you want people to take away from your article?

CF: The main thing is to step back and focus on what we have in common. So as a human family, which is what Rustin uses, the Brotherhood Sisterhood notion. The oneness of the human family idea is that we have more in common than we have differences. We focus a lot on our differences. At this point, we’re living in a time where people were focusing mostly on their ascriptive identities— my race, my sexual orientation, my gender, as opposed to what do we have in common? We’re trying to get policies [and] politics that everyone can enjoy. We have a shared humanity. So these are things that we should be promoting, universal programs across the board.