Q&A: IC student discusses winning on ‘The Price is Right’ 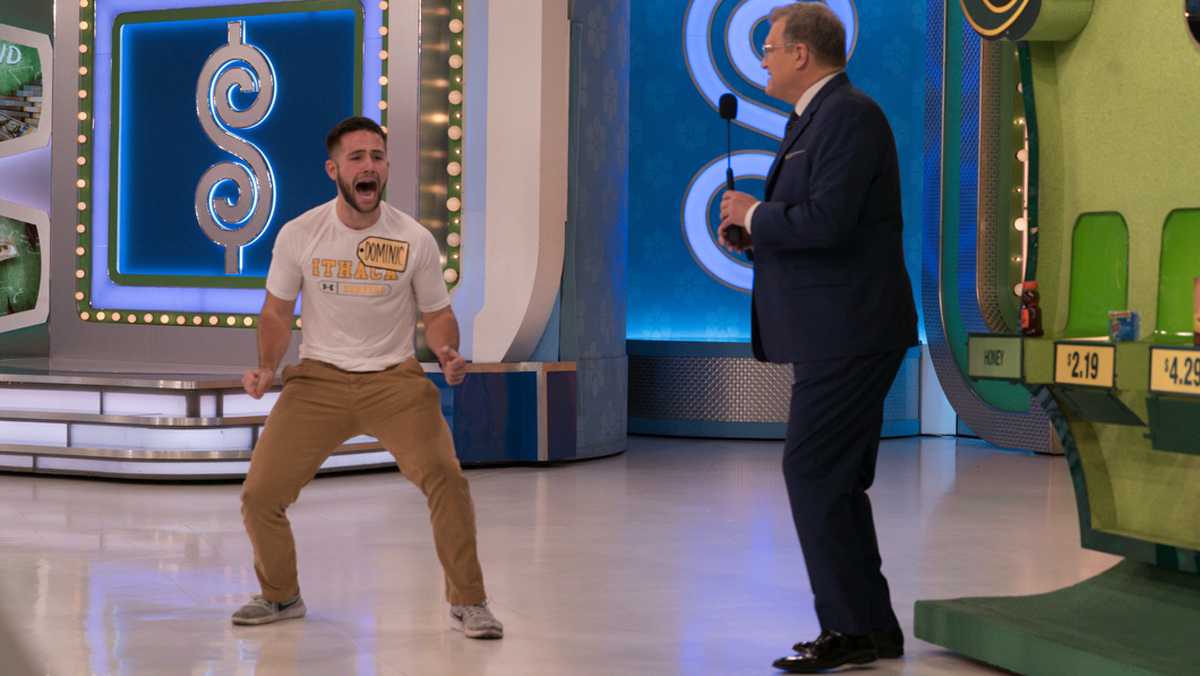 While senior Dominic Tibbetts was studying in Los Angeles during Fall 2017, he attended the recording of “The Price is Right” through a college spring break program. This episode featured an entire audience of college students who were given the chance to win prizes and money to go toward their education. The opportunity was made available for Ithaca College students through Jon Bassinger-Flores, programs and services coordinator at the college’s Los Angeles program. During the recording, Tibbetts was called down to the stage and advanced on to win $10,000 on the Grand Game portion of the show. The episode aired March 23.

Life and Culture Editor Sierra Guardiola spoke to Tibbetts about how he got selected, what his strategy was and what it was like being on the show.

Sierra Guardiola: How did you hear about the opportunity to attend the recording?

Dominic Tibbetts: When I was out in L.A., Jon Bassinger-Flores … put a link to “The Price is Right” up in the Facebook page, and I watched that show religiously over the summer because it’s always on during my lunch breaks when I’m working. My buddies and I always had a running joke that I had to get on “The Price is Right” if I was out in L.A. … and then it happened.

SG: How did you get chosen to go down and be a contestant?

DT: What they do is as you get your name tag, you also get a number. … There are about 25 people in a group, and a producer will come up. He doesn’t announce that this is the screening, but he comes up to every person and looks at their name tag, and he said, “Oh, Dominic, how are you doing today?” … Whoever they like they write down.

SG: When you found out that you were chosen to go down, what was your reaction?

DT: We were sitting right under the announcer, and it’s so loud right there … Even though I was sitting right under the announcer, I couldn’t hear my name being called. They have a stage manager who comes out with cue cards that have our names written on it, so that’s when I saw my name card get flipped around. … My four buddies that I was with and I started freaking out. … I was very, very excited. 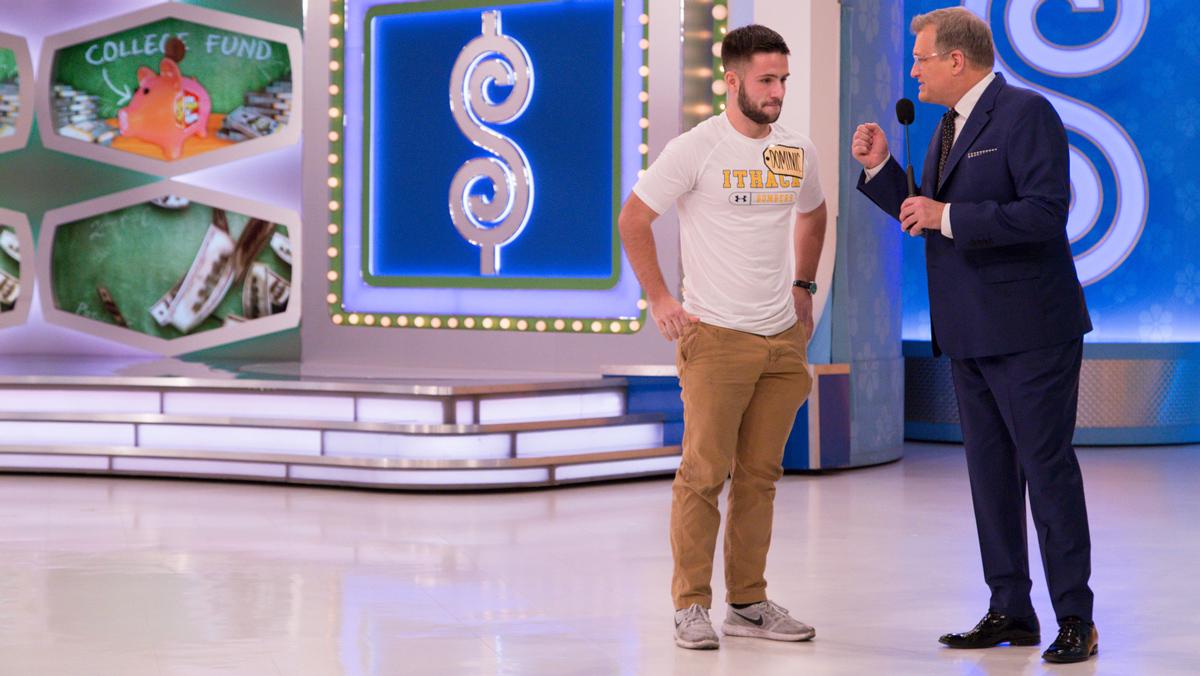 Senior Dominic Tibbetts listens as Drew Carey, host of “The Price is Right” asks him a question. Courtesy of Amanda Beane

DT: First of all, it was cool. It’s not every day that you bid on retail items … just because I watch the show so much, I’m actually pretty good at being able to pinpoint the price. My guess was only $100 off. I didn’t even have to put out my guess though because I could tell everyone was underbidding. I just did the cheap strategy, but I wanted to win. … I was the last person to bid on the item, so I just did $1 over the last person.

SG: What was it like to be able to have the opportunity to win prizes or money that could go toward your education?

DT: It was awesome. It’s unfortunate, and this is going to sound greedy, that I only won $10,000, because the person after me won $15,000, and the person in our group that went to the showcase won $20,000. Everyone that got on stage that day won. I don’t think they purposely did that. I think we just got up there and were able to win our games. … One of the prizes I could have won was a year worth of textbooks, which would’ve been awesome. But unfortunately, it wouldn’t have done someone like me much good [because he is graduating in May].

DT: We played the Grand Game. There are six items and four of them are under a target price; mine was $5, and I knew right off the bat three items … were under $5. Drew told me I had one more, and I actually could’ve stopped there and taken home $1,000 but I was like … I’m here to take home some big money. I was about to pick between laundry detergent, a box of popcorn and honey, but I didn’t read that the honey was organic, so it was really expensive. I put my hand on the honey and I heard the whole crowd go, “No!” I looked over at my one roommate, Ian, and he started making a popcorn motion and I put my hand on the popcorn and the crowd yelled, “Yes!” and I picked the popcorn. It flipped open, and I won $10,000.