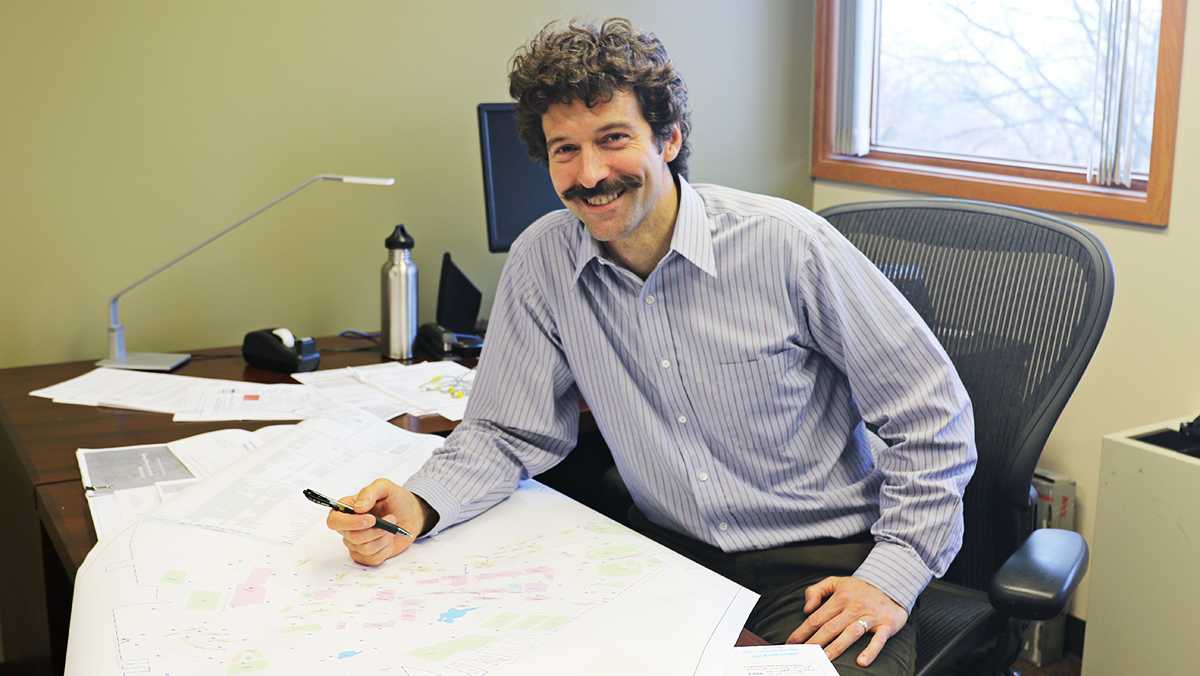 Jerone Gagliano was hired in November to serve as Ithaca College’s new director of energy management and sustainability. Previously, Gagliano was the vice president of energy engineering services at Performance Systems Development, a company based in Ithaca focused on maximizing the energy efficiency of buildings.

In Fall 2014, the college hired Lew Durland as the first director of energy management and sustainability. Durland was developing a strategic plan to carry out the college’s Climate Action Plan when he died May 21.

Assistant News Editor Faith Meckley spoke with Gagliano to discuss the state of sustainability at the college and his role in future sustainability initiatives.

Faith Meckley: How did you become interested in energy and sustainability as a career field?

Jerone Gagliano: I don’t like to see waste, and doing things in an optimal way makes sense to me. It feels right to be conserving and doing things better, saving resources and using them as wisely as possible.

FM: Do you have any ideas from previous initiatives or experiences that might be applied here at Ithaca College?

JG: I’m really a data person. You have to be able to measure it in some way, whether it’s meter data or it’s survey data … something that we can capture and monitor progress over time  because otherwise you can’t really say, “Yes, we are doing better.” A big piece of my efforts are making sure we have … a system that can take in all of this data.

FM: Last year, The Ithacan published reports that the college’s carbon emissions have increased, and the college has missed a majority of its 2015 sustainability goals as laid out in the Climate Action Plan. What are your thoughts about getting Ithaca College on a progressive sustainability track again?

JG: I’m new, I’ll have to dig in to see where we thought we would be and where we’re at right now, what’s the most cost-effective strategy. My goal is to help integrate sustainability so it’s not just part of facilities, it’s integrated into student residential life and into faculty and their curriculum. I don’t have any specifics to say, but I’ve heard some of that from other students, but I also haven’t met all of the students yet. It will be good to get those accounts.

FM: Currently, the only form of renewable energy on campus is the geothermal system in the Peggy Ryan Williams Center. The original version of the Climate Action Plan says that solar was not economically favorable for use by the college. In your opinion, has the market and feasibility of using solar power on campus changed since 2009?

JG: Yes. It’s better since 2009. Things are also changed with [New York State Energy Research and Development Authority] and the incentives structure. … Given a long enough time scale, they should make economic sense. If the goal is pure economics, probably not, because you can still find power too cheap, but as a part of our Climate Action Plan of reducing the amount of carbon emissions, it’s a piece of it.

FM: The college was supposed to have permitting for an on-campus industrial–scale wind turbine by 2015. What are your thoughts on the feasibility of on-campus wind power?

JG: To me, I kind of think to treat all of them sort of the same. I don’t want to dismiss it or prioritize it just because it’s solar or just because it’s wind. … I want to look at each of the technologies and say where does it make sense, do the economics meet our return-on-investment criteria or not? And if not, maybe it doesn’t quite get us there, but maybe we have to make some of these not-quite-so-economically-feasible decisions to move far enough ahead with reducing our carbon emissions. So with wind turbines … do the numbers still make sense, how much is it for reducing our carbon versus some kind of beacon of sustainability? It may barely register as far as the whole energy pie of how much carbon it’s going to off set.

FM: What do you think is the value of sustainable-practice and environmental awareness at colleges and universities?
JG: This is a community, and everyone, whether they know it or not, is impacting the community. You can think of it on the resource side of things: how you use your energy, the amount of waste you produce. You can also think about it as the community of people and friends. Do people feel empowered on campus? If you have a strong community, people feel like they belong there, and they have an active piece there. When that group of people leaves the next year and another group comes in, you’re not starting all over again. That is sustainability. It’s up to each individual to see how they can integrate aspects of sustainability into their lives.