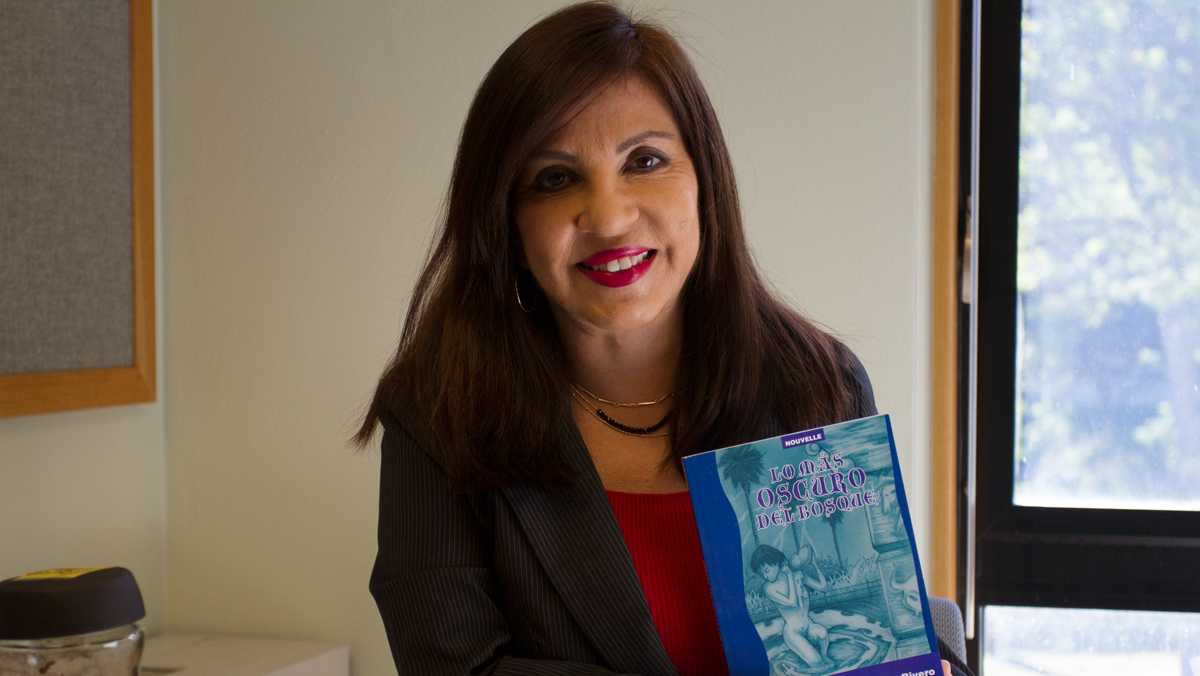 The book, which translates to “The Darkest of the Forest,” is the sequel to another book titled “La dueña de nuestros sueños,” which translates to “The Owner of Our Dreams.” The book follows three protagonists from her first novel as they become adolescents. The novel revolves around a coming-of-age story about an adolescent rapper who also suffers from bipolar disorder.

Staff Writer Bianca Mestiza spoke with Rivero to discuss her book, the writing process and the complex issues she included in her novel.

Bianca Mestiza: What was the writing and editing process like for “Lo más oscuro del bosque?”

Giovanna Rivero: I wanted to keep the characters from my previous novel alive. I wrote the first novel when I had my daughter. She made me remember my own childhood, so I decided that I could do something with my memories. I used my grandmother as inspiration for my first novel. So while my daughter was growing up, I decided to accompany the way she is going through life and write a novel that accompanies her generation. That’s why I decided to make the novel more complex and have other kinds of problems.

BM: Why did you decide to write about a character who suffers from bipolar disorder?

GR: I have some friends that are suffering from bipolar illness, and I see how hard it is for them to not give up on this battle with themselves, so I decided to honor that. This is happening everywhere and sometimes we … are not aware of it. I decided to create a character that can at least show part of their battles.

BM: I saw that your book was written from the point of view of a rapper — where did you get that idea from? What was the writing process for that like?

GR: We, as adults, are always criticizing young people because the music they listen to is not so profound, like reggaeton and superficial music. But sometimes we miss that they are from another generation. They have other sensitivities. Maybe they take something from that music that older music can’t offer. So I decided to put myself in the shoes of a young boy to see what he could find in the music that I never pay attention to. This was a very creative exercise for me, I did a lot of searches on the internet until I understood how to compose a rap song, and I spent many hours working on it until it sounded like a rap.

BM: What other complex issues are talked about in the novel?

GR: In real life, I wanted to represent how lands now are in the middle of a big fight of what the government considers reserved areas, and the land the indigenous people think belongs to them. I wanted the girl to look like a boy because this is a topic in the initial phase in Bolivia, in other societies they are in another phase. In Bolivia, we are still conquering being more accepting. I decided to put this girl in the novel to open up discussion in my readers because I know the book is very well-received in schools.

BM: What do you want your readers to take away from your novel?

GR: First, its beauty because it is not only a story that I want from a book … but how the story is told. That is very important for me. The way you shape a story is the way you see life. I want them to take away the characters more than the plot. For me, plot is inside the characters. We all have plots in our life … we ourself are plot; we are drama because we are characters.

BM: What is it like to have your novel be highly recognized in Bolivia?

GR: I have received prizes for short stories, but this is the first time getting recognized for a novel. I didn’t expect anything from this part of my literature because in general, books for young readers go unrecognized. … Literature for children or young readers [is] not always considered serious literature by the critics or by the academy, or even by the newspapers. I didn’t expect anything, so when this recognition came … it means that this is the way it had to happen, by not expecting anything, and it was a lesson for me.