Q&A: Professor presents research on gender interpretation in the Quran 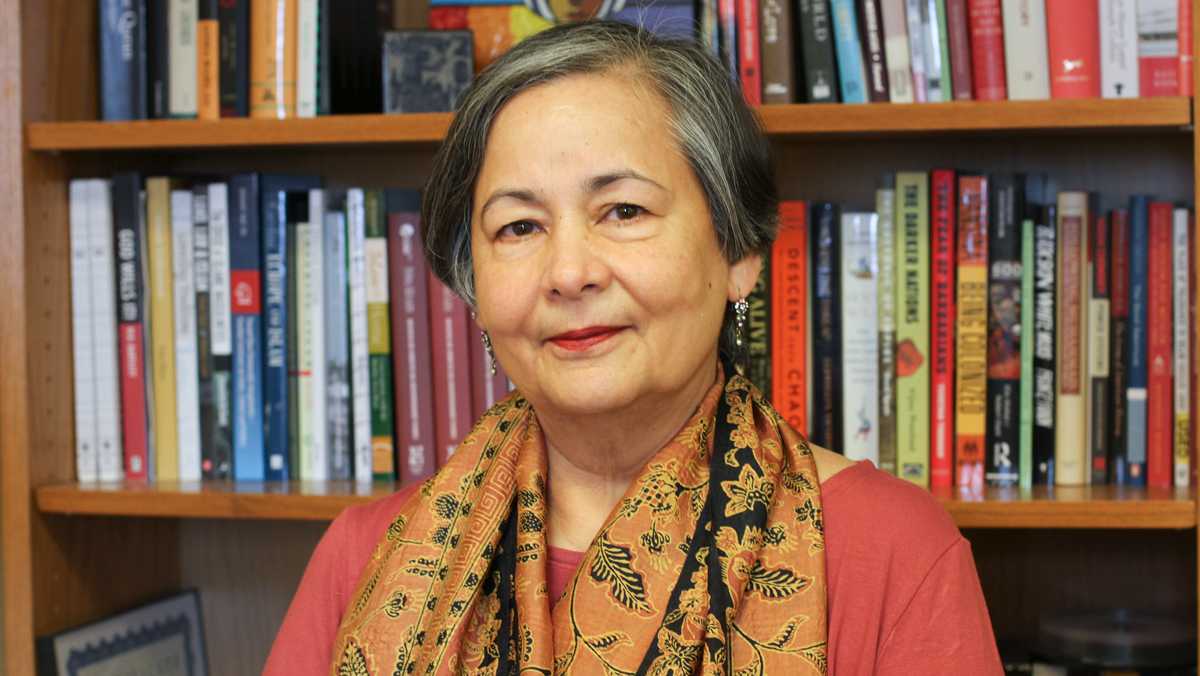 Maxine Hansford/The Ithacan
Asma Barlas, assistant professor in the Department of Politics, presented her research about gender interpretation in the Quran at New York University Abu Dhabi Institute on April 9. She argues that the Quran does not describe or assign any biological sexual identities.
By Maggie McAden — Staff Writer
Published: April 24, 2018

Asma Barlas, professor in the Department of Politics, presented a paper, “When Gender is a Problem in Qur’anic Exegesis,” at a workshop on gender and Tafsir studies at the New York University Abu Dhabi Institute on April 9.

Staff Writer Maggie McAden spoke to Barlas about her paper, her experience at the workshop and her arguments about gender’s role in Quranic interpretation. Barlas argued that gender should not be used as a category in interpretation of the Quran.

Maggie McAden: How did you first get the opportunity to present your paper at the NYU Abu Dhabi Institute?

Asma Barlas: Well, I wrote a book on the Quran in 2002, and in the book, I basically make the case for reading the Quran as an anti-patriarchal text, which means the text does not have to be read as necessarily privileging men. And that’s a difficult argument to make because for 1,400 years, that’s basically how the Quran has been read — as a male-privileging text. That book is very well-known in some circles, and this was a workshop on issues having to do with Tafsir, which means readings of the Quran and gender. And so the woman who convened the workshop is writing a book, and she’s using my work as part of that. She’d invited a number of scholars to come and present in this workshop.

MM: Could you give me an overview of the arguments in your paper?

That was the premise, and I argued against it because I feel that trying to inject gender into the Quran is not always helpful because of a number of reasons, one of which is that the Quran says God is uncreated, God is one and unique and it says do not use similitude for God, metaphor for God. … If God is beyond sex and gender, then it seems to me that there is no reason for such a God to be partial toward males because one of the big claims that men make within religious patriarchies is that they are made in God’s image. … And as feminists have argued, men acquire a lot of power from these male representations of God, and for me, it’s very liberating for Muslims to know that their God is beyond sex and gender.

The other argument I make is that missing from the Quran is actually any view of sexual differentiation. A scholar before me, Amina Wadud … argued that there is no concept of gendered man or woman in the Quran. I have followed in the wake of that argument, and my view is that the reason that there is no such concept of gender in the Quran is because missing from the Quran is the attribution of any symbolism to biological sex. That’s what gender is about — it’s basically a way to make sense of biology, biological sex, by sort of mapping gender symbolism onto it. And then, we come up with this binary view of women and men. I don’t think that’s particularly helpful because the way then we end up defining the genders already presumes a hierarchy between them. If missing from the Quran is gender as an important category, why impose gender onto it?

MM: Could you explain the idea of essentialism and what that idea has to do with your argument?

AB: The essentialist argument is when we reduce people to some aspect of their identity. It could be sex or race, or it could be anything else. It is trying to reduce a complex human being to just one factor alone. Then we would say that if we think that women will always read a text differently than men, then we’re being essentialist about sex and gender. At least in the Quran and in Islam, we believe that women and men are equally capable of moral individuality. It’s really a relationship between sex, gender and reading.

MM: Do you have any final thoughts?

AB: I think the more complicated discussion that happened at that workshop was my critique of secular feminism and feminists who are challenging the sacrality, sacredness, of Islam scripture.

Letter to the Editor: Chapel support of Muslim community