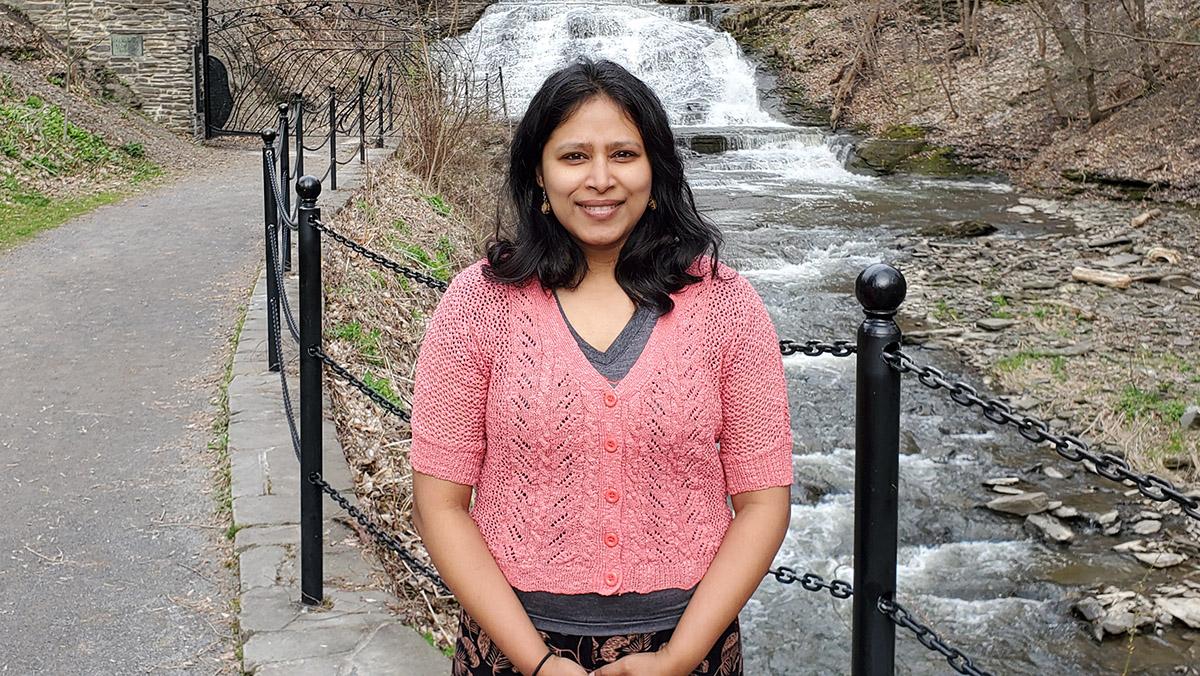 Praneeta Mudaliar, assistant professor in the Department of Environmental Studies and Sciences at Ithaca College, co-authored an op-ed piece about global climate justice and international climate negotiations for the Planet Politics Institute.

The Planet Politics Institute is an online institute dedicated to climate justice. Mudaliar wrote the op-ed with Prakash Kashwan, associate professor in the Department of Political Science at the University of Connecticut. Kashwan had compiled arguments on climate injustice in a Twitter thread, and the Planet Politics Institute invited him to convert the thread into an article for the institute. Mudaliar said she had worked with Kashwan before, and they decided to work together on the op-ed because they are both involved in climate policy and international climate negotiations.

Assistant News Editor Alyshia Korba spoke with Mudaliar about her work on the op-ed and international climate injustice.

Alyshia Korba: How would you summarize the main issue that this op-ed aims to address?

Praneeta Mudaliar: So on one hand, in the international climate negotiations, the wealthy countries are always asking for equal cuts in emissions or equal commitments from both China and India, who are these major powerhouses. But we’re still economies in transition, so our emissions are very different from the emissions that come out from wealthy countries. Our emissions are called the survival emissions — they’re not luxury emissions that come out from other wealthy countries. … And then the other bigger issue is what gives India the right, exactly, to represent the other developing or economies in transition when India itself has not done any meaningful action in the country? There are no meaningful environmental laws. In fact, environmental activists are jailed. Environmental activists are threatened. Also, India’s been undermining rights of indigenous communities.

AK: What would you say is your main argument in this piece?

PM: So one is about common but differentiated responsibilities, which means that yes, we have this common problem of the climate emergency and the climate crisis, but each country is differently responsible for it. Wealthy countries are responsible for 80% of those emissions that they have been putting on into the atmosphere since the 15th century … and the wealth of these countries has also come through colonialism. … The U.S. is also giving a platform to people like Bill Gates, and all these technocrats whose solution to the climate crisis is geoengineering. So it’s always this technocratic approach, and they don’t want to talk about the luxury emissions that people like Bill Gates also emit.

AK: What inspired you to write this op-ed?

PM: Climate negotiations are happening right now. There was a summit around three or four weeks ago where the energy minister of India said that it’s not enough for wealthy countries to reduce their emissions, but they need to start moving toward net negative emissions. … But this was the first time someone was actually talking about net negative emissions, which is a direct point to the colonialism and the imperialistic manner in which these countries have been functioning. … And so we thought that now would be a good time to write the op-ed because these summits, there are going to be several more. So we could then engage with the conversation that we need to talk about these historical inequalities that have happened so that we don’t keep repeating the same patterns of injustices that we see today.

AK: What are you hoping that readers take away from reading this piece?

PM: I think a deeper reflection of what injustice means in different contexts. And we really wanted to open up the conversation actually about luxury emissions and survival emissions because we don’t really hear those terms in the media and the United States. We cannot have all countries making the same kind of commitments and cuts. It has to be more context–specific than when we say that both China and India need to cut their emissions.