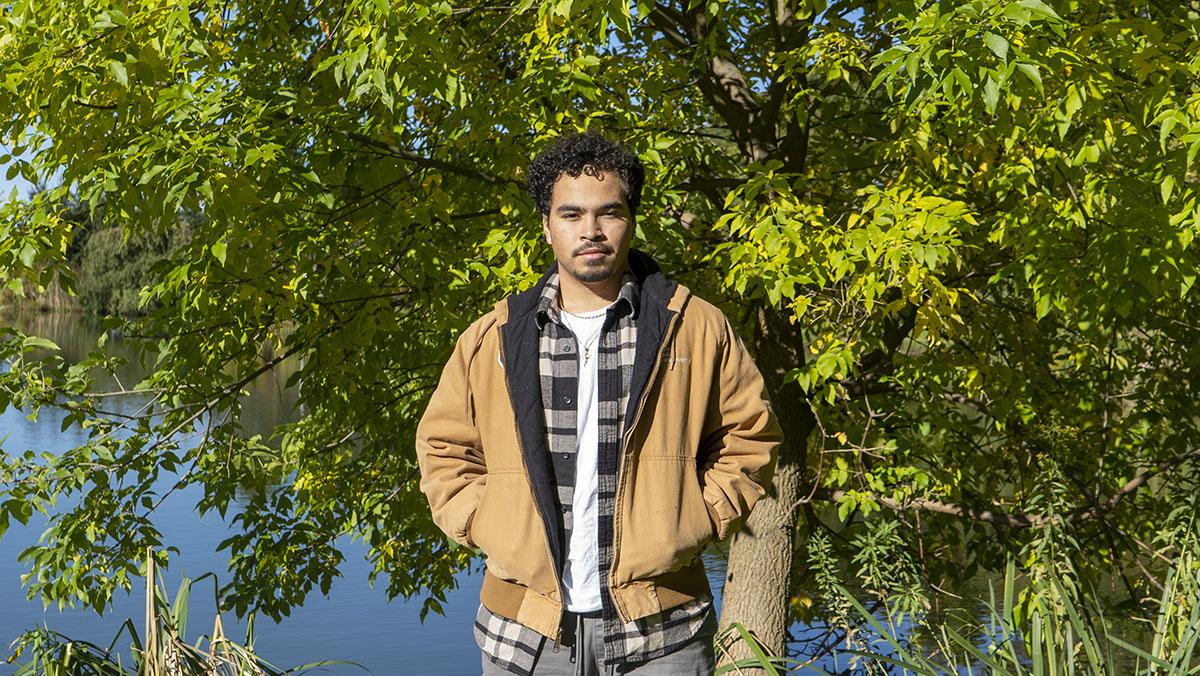 First-year student Andres Cintron took a gap year after graduating high school to take an opportunity for self-exploration before beginning his time as a student at Ithaca College. During his gap year, Cintron joined AmeriCorps, ​​an independent agency set up by the United States government to provide a variety of volunteer services to areas around the country.

Cintron was sent across the country to locations such as Fort McCoy, Wisconsin; Reno, Nevada; and Modesto, California, for service projects including building houses, making hiking trails more accessible and working with a Boys and Girls Club.

Staff writer Emma Kersting spoke with Cintron about why he joined the AmeriCorps, what he learned during his assignment and how his experiences will affect his future.

Emma Kersting: What inspired you to [join AmeriCorps]?

Andres Cintron: I’ve always liked helping out and building. And since I live in New York City, I get to really experience nature and also urban life at the same time. I really love going to Central Park and Riverside Park with my friends. So this program kind of checked all the boxes for me. And it just seemed like it would have been a perfect fit. At first, of course, I was a little hesitant because I was nervous about joining this whole new program and leaving my parents for the first time and my family. But just from the get go, the whole environment was super welcoming and I just knew that I was going to have a great year.

EK: How would you describe AmeriCorps and what did you personally do during the year?

AC: AmeriCorps [is] basically, if you ever heard of the Peace Corps, but it’s pretty much just in the United States. And there’s … four campus facilities in four regions located across the country. I was stationed in the Pacific region for California. … In the beginning, we worked with this conservancy, the Walker Basin Conservancy, and we were helping basically plant native species and reintroduce plants that were kind of burnt away from the wildfires. …  We were also working with the Boys and Girls Club at the time. … I sometimes didn’t feel like I was doing much, but then toward the end of the projects, you come to see all the work you’ve done come full circle, the lives you’ve impacted.

Our second project, we were sent to a summer camp. I was in Modesto, California. And around that time, we kind of got a call to action. … If there’s things like emergency deployment, and when they really need a team, they’ll pull you out of your project or send you somewhere else. So our emergency project at the time was dealing with the Afghan refugees that were coming in. … We were living on a military base in Fort McCoy, Wisconsin, basically just helping the Afghan refugees at the time figure out little things like customs … that didn’t really click for them, because they didn’t have to worry about that back home. … It was hard at some points because a lot of them had difficult stories … saying that they had to leave a lot of family members behind or they had to choose what child that they had to take with them and what child that they had to leave.

The last project was where we went to a sleepaway camp that was designed for kids with special needs. So we were helping the camp really get the entire camp accessible for everybody. There were different things like hiking trails to an outlook on the mountain. That would have been super hard for people in wheelchairs and different physical disabilities to get to. … It really mattered what team you were on because you’re living with these people for 10 months … and at the end of the day, they pretty much became like a second family to me. And I couldn’t have had a better year because of them. Honestly, it’s like, if I were to do it again, I 100% would.

AC: Well, some skills that I had, I definitely would say, is working well with others and kind of taking a team leader position. … You really had to learn how to work with people and understand what made them happy, what made them sad. I’m good at reading all sides of a situation. But [something] that I learned is definitely how to work with others and their mental health, because you don’t really think about others’ mental health always. But if you’re living with these people, you really got to understand what makes them tick and what they need at certain points. … [There’s also] a lot of different technical skills you kind of had to learn and some fun things even, like we got to use a flamethrower to do some fire mitigation as one of my first projects and that was cool, I was doing like a flamethrower in the middle of the desert. That was fun.

EK: How did your service this past year affect you?

AC: It was able to make me mature more and able to find myself and really appreciate the little things, I would say. Appreciate the time you have with people, I would also say. Sometimes if you’re hesitant, just go for it because it can make all the difference and create one of the best moments of your life.