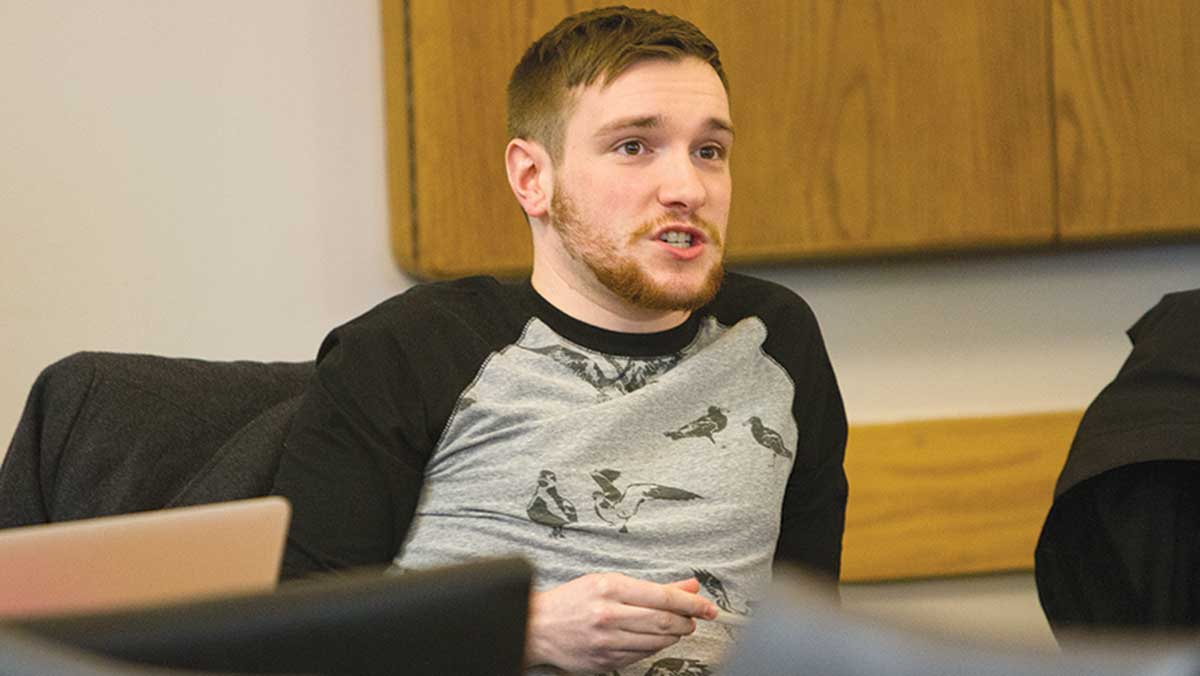 Despite support from students and faculty members for developing a queer studies minor at Ithaca College, creating such a minor may take up to five years or more due to the complexity of developing courses and finding professors to teach those courses.

Golden is supportive of the minor. However, she said she does not think there is currently a core set of courses that could be offered under such a minor.

“Not only do you need a core set of courses regularly offered by full-time faculty members and that the college is committed to offering, but those courses can’t simply have ‘sexuality’ in the title,” Golden said. “They would need to be informed by a queer theoretical perspective.”

In the the Women’s and Gender Studies Program Review Report prepared by Golden in January 2015, she discussed the goal of expanding to a women’s, gender and sexuality program that would encompass more sexuality course offerings. She then went on to describe the goal of establishing a separate queer studies minor. Mary Armstrong, chair of the Women’s and Gender Studies Program at Lafayette College and the external reviewer of the 2015 WGST Program Review, advised waiting before creating a queer studies minor until there is evidence that everything needed for the minor is in place.

“Such a minor would be a wonderful thing, and it should be a goal, but it is never wise to create a new course of study without rock-solid evidence that needed courses and qualified staff are in place,” Armstrong said. “Saying yes too soon can cause even greater frustration and disappointment in the long run if the institution can’t regularly deliver a sufficient number of courses that are of uniformly high quality. This issue calls for patience and planning, regardless — or even more so because of — its importance and the interest and enthusiasm around it.”

Along with this mentality, Golden said if the college works toward compiling a list of courses for the curriculum, then within five years the college can decide whether there should be a free-standing queer studies minor, or whether it should be incorporated into a women’s, gender and sexuality studies minor. James and Kaitlin Logsdon, a student working with James on advocating for the minor and the SGA vice president of academic affairs, agreed with Golden and Armstrong’s recommendations of waiting to create the minor but wanted to make it happen as soon as possible, James said.

“I agree that given the current state of academics that it cannot happen,” James said. “However, I’m optimistic that with conversations and student advocacy, there may be changes that allow it to be more of a possibility in the near future.”

Logsdon and James intend to have discussions with the administration on the importance of the minor next semester, James said.

“I plan to take Carla’s recommendations and devise a plan to really hit the administration hard next year about why the LGBTQ minor needs to happen and support that claim with statistics,” he said.

There must be a faculty member in place who is dedicated to creating this minor and taking on the responsibilities involved, such as filling out the paperwork needed before presenting the minor to the curriculum committee, in order for the minor to begin to take shape, Golden said.

Although student and faculty support a queer studies minor, that on its own is not enough to make the minor a reality, Luca Maurer, LGBT Education, Outreach & Services program director, said.

Linda Petrosino, interim provost and vice president, said she has discussed the process with students and knows that there is student interest. However, she said developing a minor takes time.

“Curriculum development takes some time and careful thought and then an analysis of resources. I would expect that minors in these two areas will continue to be important areas for IC to develop,” she said.

She added that developing minors can be one way to advance diversity and inclusion, but it is not the only way to do so.

James said the minor would follow the same formation as other minors at the college: an introductory level course, intermediate level courses and a capstone course. In 2013 the Queer Studies course, taught by Bruce Henderson, was looked at as an option for the introductory level course for the minor. James said in 2013 he spoke with Leslie Lewis, dean of the School of Humanities and Sciences, and she said she would fund the course as an experimental introductory course, which has been filled to and over capacity each time it has been offered.

Although students can request a queer studies minor, James said, it is ultimately the responsibility of the faculty and staff of the college to take the necessary steps in creating the minor.

“There’s only so much students can do. A lot of this is in the hands of the professors that would create the minor, volunteer to teach the courses, create the plan for it and do the paperwork for it,” James said.

In the past month of college tours, multiple prospective LGBTQ and allied students have entered Maurer’s office asking if the college offers an LGBTQ major or minor. Although Maurer said some students have made LGBTQ majors in the past through the planned studies program, it is not an easy process, which discourages students from attempting it. Maurer said other schools such as Cornell University and Syracuse University have LGBTQ studies programs, and prospective students look for a similar program at the college.

“Although we are known as a very LGBTQ-friendly campus, we have neither a minor nor a major, and this sets us back when we compare ourselves to other likely-situated schools,” Maurer said.

Logsdon said it is important to find students willing to support the minor so they can try to push for its creation in the near future.

“I do not think it is impossible in the next few years to discuss an adjustment in the scope or perspective of courses that are currently offered in the existing women’s and gender studies minor, or to set the stage for creating the LGBTQ studies minor,” Logsdon said.