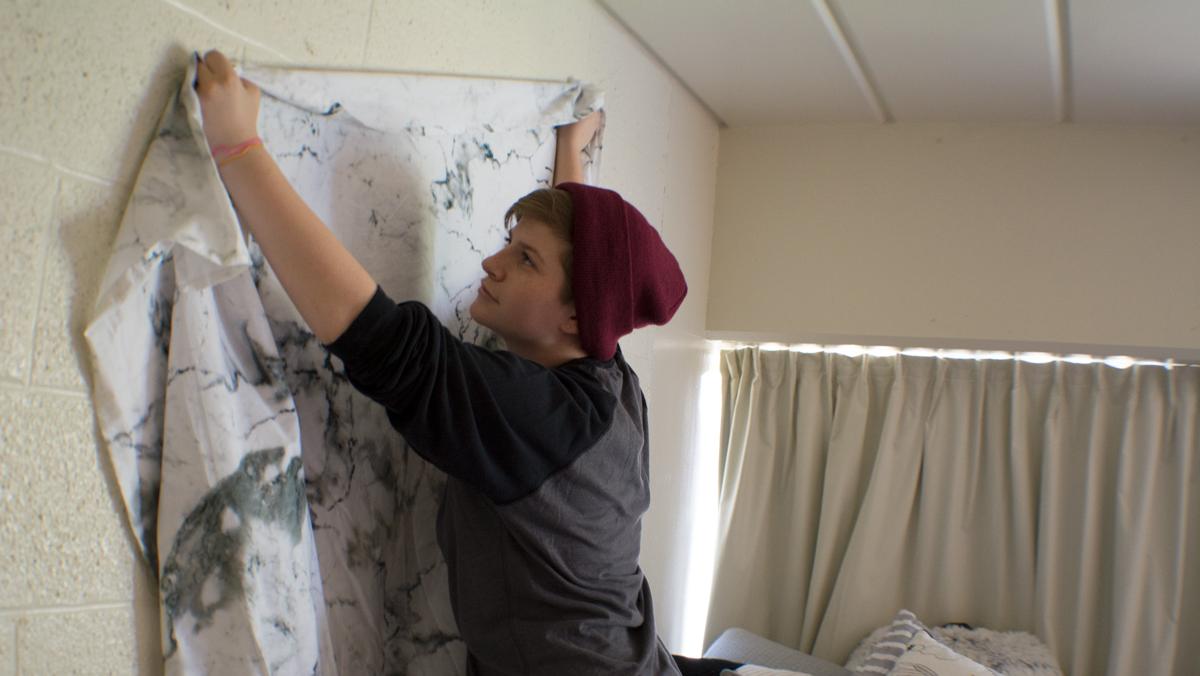 Photo Illustration by Ray Volkin
The Ithaca College Office of Residential Life has implemented a new policy under which it automatically confiscates items found to be violations in student housing.
By Ben Kaplan — Staff Writer
Published: October 3, 2017

The Ithaca College Office of Residential Life has implemented a new policy under which it automatically confiscates items found to be violations in student housing. The new policy is raising questions about on-campus student privacy rights.

Alex Devers, community director of the Circle Apartments, sent a statement to residents that said the policy is being implemented as a response to student feedback regarding privacy and the number of times residential life staff must return for checks.

“This policy also brings your room or apartment into compliance immediately, eliminating the potential for repeat or large state fines during State Fire Inspections,” Devers said via email.

Sophomore Colin Hays, a resident of Emerson Hall, said he views the new policy as problematic. Hays said the new policy may make some students more likely to feel like their privacy has been violated.

“The fact that the school is able to come into a place where we live and take things isn’t OK,” Hays said. “I feel that if the student needed to be present for the check, nobody would care. It’s an inconvenience, but I don’t think it’s too much to ask.”

Junior Joe Smith, a resident of the Circles Apartments who was found in violation of the fire regulations, said he understands the necessity for such a rule, but wonders if it is being applied correctly.

“I totally get the safety aspect of the new rule,” Smith said. “But, like, they took my incense holder, but missed the incense that was sitting right next to it.”

According to the college’s room and apartment guides, Residential Life conducts one non-intrusive Health and Safety Check at the beginning of each semester in conjunction with the Office of Public Safety and Emergency Management as a way to decrease hazards within residential buildings and educate residents on proper housing regulations. The New York State Office of Fire Prevention and Control also inspects the residence halls once a year accompanied by Environmental Health and Safety staff.

Nick Dellamore, a residential assistant for East Tower, said that the main purpose of the new policy is to reduce the risk of violations as soon as possible.

“Although inconvenient at times for the residents, it is done in an effort to further keep the community safe,” Dellamore said.

Volume VII of the college’s Student Code of Conduct states that students have a right to be “protected from arbitrary and capricious invasions of privacy and entry into their residences.”

The conduct code also states that “Ithaca College reserves the right for personnel acting in the performance of their duties to enter student rooms, apartments, and suites in order to ensure that all health, safety, and fire codes are being followed, provide maintenance and repairs, respond to emergencies, and to locate missing property and/or prohibited articles.” Even so, students have raised concerns in regard to personal privacy and property rights both during room checks and in other interactions with Residential Life and Public Safety officials.

Bonnie Prunty, director of Residential Life, said her office generally works with students to maintain a balance between students’ rights and the ability of Residential Life staff to do their job by generally respecting the privacy of students and giving them ample notification prior to any intrusions. She compares the role of Residential Life and Public Safety to that of a landlord who only comes around when necessary.

“Our Residential Life staff, unless we believe there is a significant emergency going on, is not keying into students’ rooms for a policy violation,” Prunty said.

Similarly, Tim Ryan, assistant director of the Office of Environmental Health and Safety, said that the role of EH&S is not to antagonize students and that students’ privacy is a concern even when conducting investigations into possible infractions. Ryan also said that while EH&S does not have the authority to arrest, his job is to protect life-safety, so if an emergency is fire-related, he has the right to go into a situation and address that issue.

“If we are going into a room to uncover a smoke detector, we uncover the smoke detector and leave,” Ryan said. “We don’t look around the room. We don’t scour the room for any other violations.”

In terms of law enforcement, Public Safety follows the same New York State regulations as non-school affiliated entities. Thomas Dunn, administrative lieutenant of patrol and security services for Public Safety, said there are certain instances where a warrant is not required, such as in the event of an emergency or if an object of contraband is in plain view, but that there are a lot of outstanding factors that go into an officer’s course of action.

Dunn said the role of Public Safety is to accurately document a situation through interviewing those involved and reporting the facts, but they do not determine the outcome of a case.

“I would certainly encourage any member of our community to cooperate with a lawful request of an officer,” Dunn said. “Yes, you are a student, but you are also either a New York State resident, or just a person in general. You don’t have more or less rights because you are a student.”