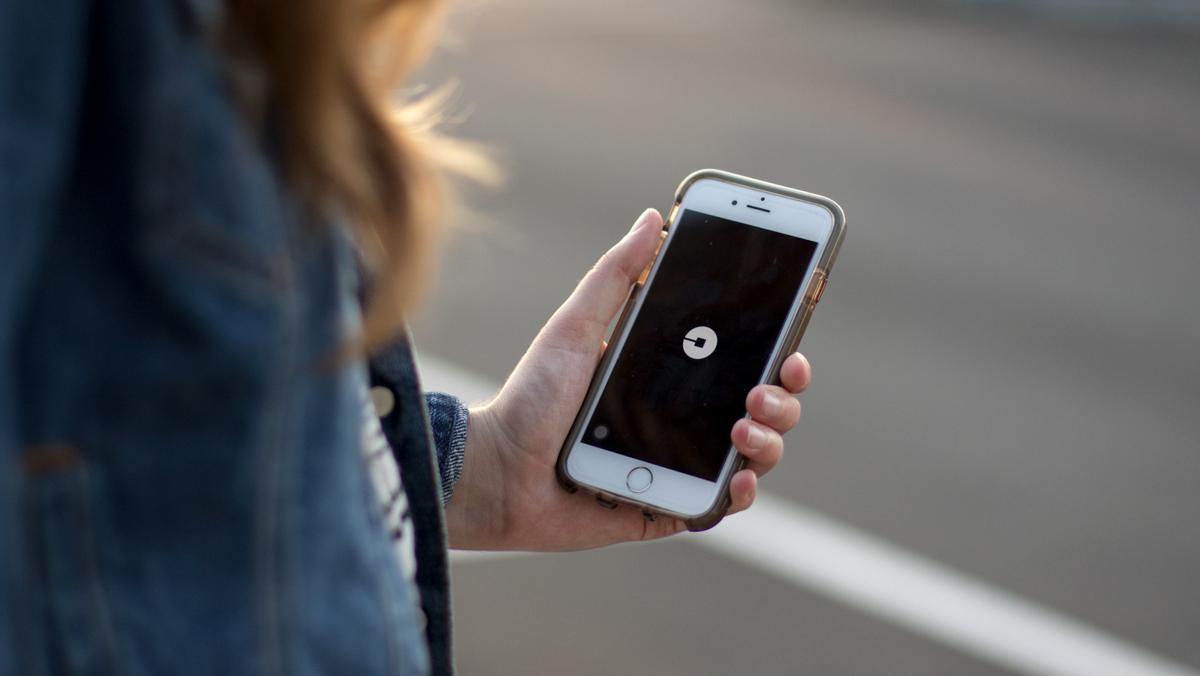 Photo Illustration by Connor Lange
An Ithacan analysis of prices of common routes students take — from the college to The Commons and from the college to the Tompkins County Regional Airport — shows that taking an Uber or Lyft is slightly less expensive than taking a taxi.
By Celisa Calacal — Senior Writer
Published: September 19, 2017

As students from Ithaca College and Cornell University return to campus, popular ride-hailing apps Uber and Lyft are a new addition to the City of Ithaca.

An Ithacan analysis of prices of common routes students take — from the college to The Commons and from the college to the Tompkins County Regional Airport — shows that taking an Uber or Lyft is slightly less expensive than taking a taxi. But because Uber and Lyft just arrived in Ithaca, the number of drivers working through the platforms is relatively small compared to the larger pool of local cab drivers, employees of both companies admit. The lack of Uber and Lyft drivers in the area can thus make the services less consistent.

Starting June 29, the state of New York made it legal for upstate New York residents to use ride-hailing platforms for transportation or to sign up as drivers. Cities with populations over 100,000 like Ithaca will be monitoring the platforms during a trial period and can choose to opt out of allowing the apps.

The base fares for Uber or Lyft rides can increase via surge pricing, an inflation of the platforms’ base rates during times where demand for drivers in a given area is at its highest. For example, an Uber ride from the college to The Commons at 5 p.m. on a Monday afternoon costs $7.35 for an UberX and $10.50 for an UberXL, both of which are economy pricing. UberXs can hold up to four people in the car, while UberXLs are larger vehicles that can hold up to six people. However, a similar Uber trip at 1:45 a.m. on a Saturday night — arguably when demand for rides is higher because of students wanting to go back to campus from parties or bars downtown — costs $9.59 for an UberX and $14.18 for an UberXL. The base rate for a taxi from the city of Ithaca to the college is $11, according to the City of Ithaca website.

A taxi from the college to the airport costs $19. An Uber, at economy pricing, from the college to the Tompkins County Regional Airport is $17.49 at 12:30 p.m. on a Tuesday, and an Uber XL for the same trip is $27.56. These charges do not include additional fees taxis may charge. Also, riders are expected to tip in taxis, not in ride-hailing cars.

David McKenna, legislator of District 8 in Tompkins County and vice chair of the transportation committee, said the city will review the apps through monthly meetings where members of the community can provide comments. McKenna noted that most people he has heard from are satisfied with Uber and Lyft’s arrival to Ithaca.

Sophomores Camryn Gessner and Amanda Katz said they have used Uber each night they have traveled off the campus and into town and said they are pleased with the convenience provided by the services.

Users are required to download a smartphone application to request a ride from ride-hailing services like Uber and Lift by choosing their pickup and drop-off locations.

Gessner added that the convenience of using Uber makes it a better option than the Tompkins Consolidated Area Transit buses or even local cab companies. However, the Cornell startup RedRoute, founded in March 2016, utilizes an app to make it easier for users to request a ride from Ithaca Dispatch, Inc.’s team of 60 drivers.

“With that app, we’re just as convenient to engage as Uber and Lyft,” said John Kadar, co-owner of the cab company Ithaca Dispatch, Inc.

In addition to the RedRoute app, Kadar said Ithaca Dispatch is working on other improvements to compete with Uber and Lyft. Kadar said the company plans to dispatch more part-time drivers to respond to the heightened demand during Thursdays, Fridays and Saturdays and decrease people’s wait times.

Mark Anbinder, who has been an Uber driver since August, said many of his customers said they preferred ride-hailing services to local cabs because they thought the prices were lower. Prices for Lyft and Uber rides are determined through a set of factors including miles traveled, minutes traveled, base fare, the type of ride requested, a service fee and an extra fee added during busy times. In contrast, fare for Ithaca cab companies is determined by the City of Ithaca, which is split into six zones.

“Lyft and Uber have set their fares so that they look affordable by comparison,” Anbinder said.

Not only does surge gouging increase the price from the original base fare, but the lack of Uber drivers servicing the Ithaca area can also contribute to higher prices. The cost of a single TCAT ride, from campus to The Commons, costs $1.50.

Uber could not be reached for comment about the number of drivers who are currently operating in Ithaca.

Local cab companies, by comparison, do not engage in price gouging. Kadar argued that the pricing set by local companies — when taking into account Uber and Lyft’s price gouging practices — is still cheaper.

“They hardly have any vehicles out there so they’re using dynamic or surge pricing,” Kadar said. “And it’s very expensive and I think there will be a pretty negative reaction to that.”

Anbinder, who began as an Uber driver in August, said he has had some customers wait about half an hour for a ride. Anbinder attributes this issue to the little number of Uber and Lyft drivers in the area.

“One of the problems is that no one’s going to make a lot of money driving for Lyft or Uber, especially in a town where the demand is so variable,” he said.

This semester, the Office of Public Safety enlisted the help of more student ticketers to monitor parking infractions across campus.

College cracks down on parking