Senior wins business pitch for product to help the elderly 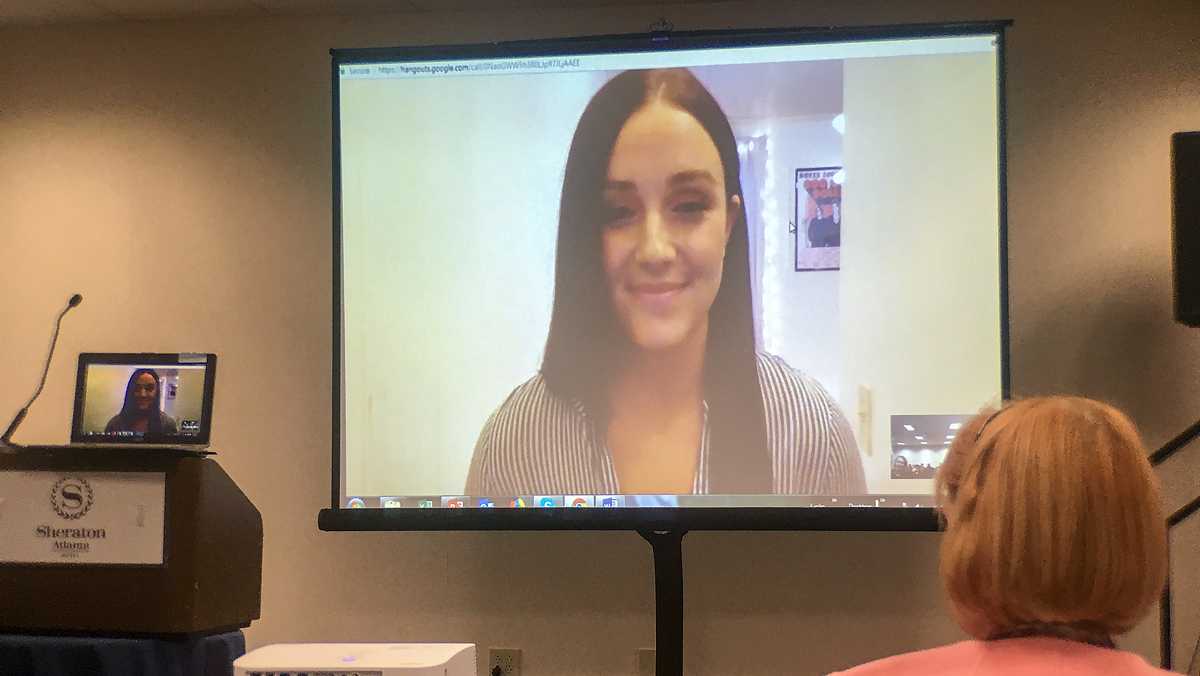 Senior Nicolette Kittell, a health care management major, won the Association for Gerontology in Higher Education Global Business of Aging Pitch Competition on March 3 by developing a business pitch for a product intended to aid the elderly.

Kittell won the contest after presenting her idea against four other competitors to two AGHE judges and an audience of approximately 100 people via Google Hangout. Her conceptual product was the “Pill Top Popper,” an invention made to help the elderly better manage their medication. Both the judges and audience were in Atlanta for the 44th Annual Meeting and Educational Leadership Conference, which also consisted of panel talks, networking events and other opportunities for members of the organization to interact with one another.

Kittell said that she first came up with the idea for her product in her Age Matters class, taught in Fall 2017 by Elizabeth J. Bergman, who is the associate professor and chair of the Department of Gerontology, for her final project. For the project, students had to come up with a product idea that would help the elderly that had not already been overdone in the market.

“I thought this would be a fun way for students to think sort of outside the box about some entrepreneurial venture they could propose,” Bergman said. “In their presentation, they had to link back to the content of the course and the things they had learned about aging and the aging process.”

Once their projects were completed and presented, students voted for their favorites. Since Kittell’s project received a significant number of votes, Bergman reached out to her the following semester and notified her about the Aging Pitch Competition, Kittell said.

Bergman said she approached Kittell about entering the contest because she believed Kittell’s work had a significant chance of winning.

Kittell said she decided she wanted to present her project because it was an opportunity to test her abilities.

“I like to take any chance I get to practice public speaking,” Kittell said. “I always like to push myself, and public speaking is something that’s difficult for a lot of people.”

Kittell said that she was not initially expecting to win but was pleased that she did.

“I didn’t enter the competition to win,” Kittell said. “I did it for the experience. It was just an added bonus that I ended up winning.”

Bergman also did not expect her to win, Bergman said. This was due to the large demographic of people able to enter the contest, which ranged from undergraduate students to professors, Bergman said.

“Obviously, I felt that her work was really excellent, or I wouldn’t have encouraged her to enter,” Bergman said. “I thought she likely had a shot at it, but I had no idea of who she was going to be competing against.”

One of the organizers of the competition is Janice Wassel, senior research scientist and part-time instructor for the Center for Gerontology at Western Kentucky University. While working with the five finalists before the competition to polish their pitches, Wassel said, she noticed that Kittell delivered her pitch with more energy and clarity than others and that she was able to engage the audience.

Bergman said she was thrilled that Kittell won the contest, which she was able to witness herself as a member of the audience in Atlanta.

“After I saw all the finalists, I thought, ‘I think she’s got a real shot at this,’” Bergman said. “I was thrilled when the judges came back and announced she was the winner.”

As part of her reward for winning the competition, Kittell was given the opportunity to attend a conference in San Francisco, Aging2.0 OPTIMIZE on Nov. 14–15, 2018. Senior care providers, tech companies and investors will attend the conference, all of whom Kittell could potentially share her pitch with.

The pitch competition was the first of its kind hosted by AGHE, Wassel said, and its objective was to promote involvement and interest in creating and marketing products for people who are aging.

Kittell said she plans on conducting further research and development before November. She will be doing this work in addition to beginning the Master in Business Administration program at the college.

Kittell also said she is hoping her product will eventually reach the development of a prototype and actual manufacturing, but she said she will need significant outside help before accomplishing that. Although she is interested in further developing the product, she is currently focused on developing her pitch for the conference, Kittell said.

“I just need more resources, I guess — time, money and obviously some outside help from people who have more experience in this area, since I don’t, and I would be eager to get help from these people,” Kittell said.