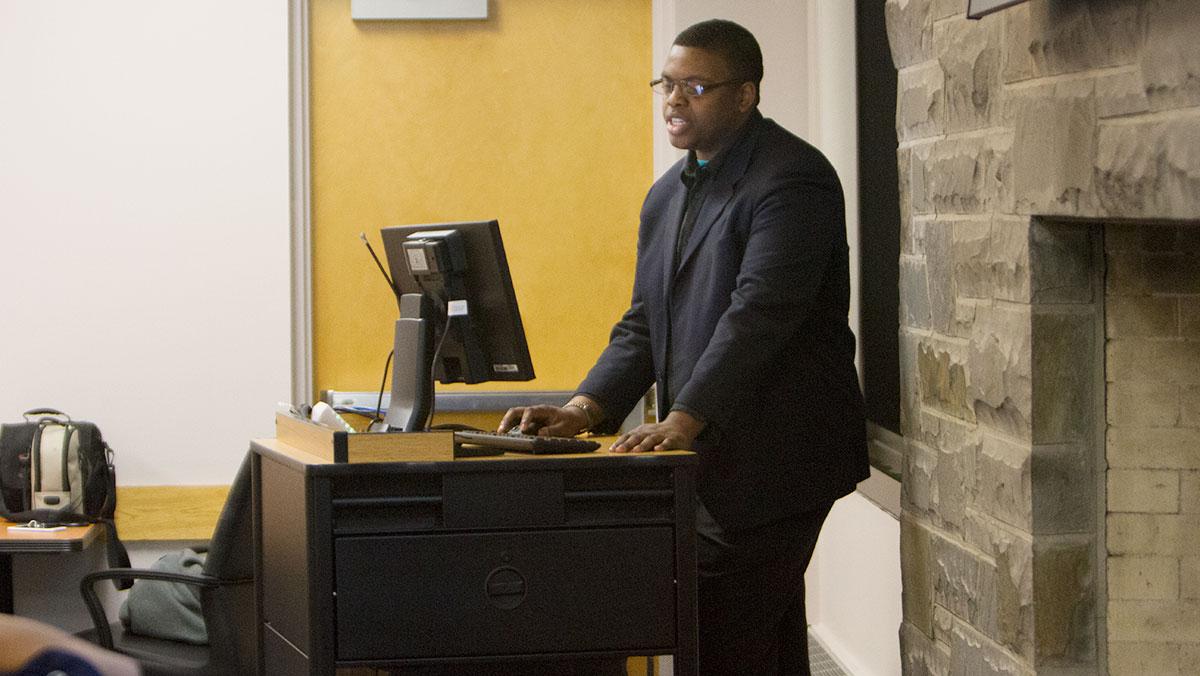 The Ithaca College Student Government Association passed a bill March 23 calling for greater accountability within the Office of Public Safety and Emergency Management in the way Public Safety officers interact with students.

The bill, which is called “Police Enforcement of Accountability for Civilian Engagements,” was sponsored by Class of 2015 Senator Taj Harvey and recommends a number of changes in the way Public Safety interacts with the college community, including more transparent and effective communication between Public Safety and individuals who submit complaints. The bill also calls for Public Safety officers who have received multiple complaints against them to be “supervised and psychologically evaluated on their efficiency to perform the tasks required of them.”

The bill also recommends the implementation of an independent Human Resources and Diversity Training group within Public Safety, in which officers would be encouraged to participate in monthly educational discussions on race, gender, sexuality, mental illness and other topics pertaining to the inclusivity of all students.

Finally, the bill recommends Public Safety officers be present at the college’s student orientations and other programs to build trust between students and officers.

Harvey said he introduced the bill to ensure Public Safety officers are held to the same standards as students. He said the bill will also work to develop a greater sense of community between officers and students.

In his presentation of the bill, Harvey spoke about two incidents he believes point to a need for the legislation. The first allegedly involved a female student who reported being sexually assaulted and was met with resistance when she tried to get Public Safety to investigate, while the second was a student who was tackled by a Public Safety officer, Harvey said.

Class of 2018 Senator Marieme Foote said she has also heard of instances of conflict between students and Public Safety officers, citing a friend of hers who told her he was tackled by an officer.

Foote said she feels the bill addresses issues of distrust between students and Public Safety officers.

In addition to on-campus incidents, the bill also cited recent instances of police brutality against minority populations on a national level, such as the deaths of Eric Garner and Tamir Rice at the hands of police officers, as part of the reasoning to improve relations between Public Safety and students at the college.

Senior Crystal Kayiza, president of the SGA, said these instances of police brutality across the country created a need for a bill to improve relations between law enforcement and students.

“Public Safety is essentially police on campus,” Kayiza said. “A lot of people might say, ‘Well what’s happening at IC isn’t anywhere near what’s happening at Ferguson, [Missouri.]’ But it’s the same institution, so we need to recognize that if we’re going to take a stand against police brutality on campus, we also need to recognize how we can proactively improve our public safety on campus.”

Kayiza said the bill creates a structure to develop better relationships between students and Public Safety officers and addresses instances of distrust between the two groups that have been cultivated by both on-campus and off-campus incidents.

Harvey said the next step is to form a committee to try to get the bill’s recommendations implemented. He said he has been in contact with Terri Stewart, director of Public Safety, about the bill.

Stewart said she, Harvey and other interested members from the SGA met March 25 to discuss the bill. She said until then she had only seen drafts of the legislation and not the final copy. While she said she wished there could have been more conversations with Public Safety before the bill was passed, she was excited about what the bill was trying to do. Stewart said going forward, Public Safety plans to be involved in the conversations about and implementation of the bill.

“I think [the bill] is an educational opportunity, a good chance for us to have some really good dialogue,” Stewart said. “And if there’s a bill being passed that involves Public Safety, we have to be involved.”

Stewart also said she and the SGA executive-board met March 24 to discuss holding a forum in April for students to speak to Public Safety about issues that matter to them.

Harvey said in the long-run the bill is trying to bring the different sections of the college together to form a more conducive relationship that values everyone involved.