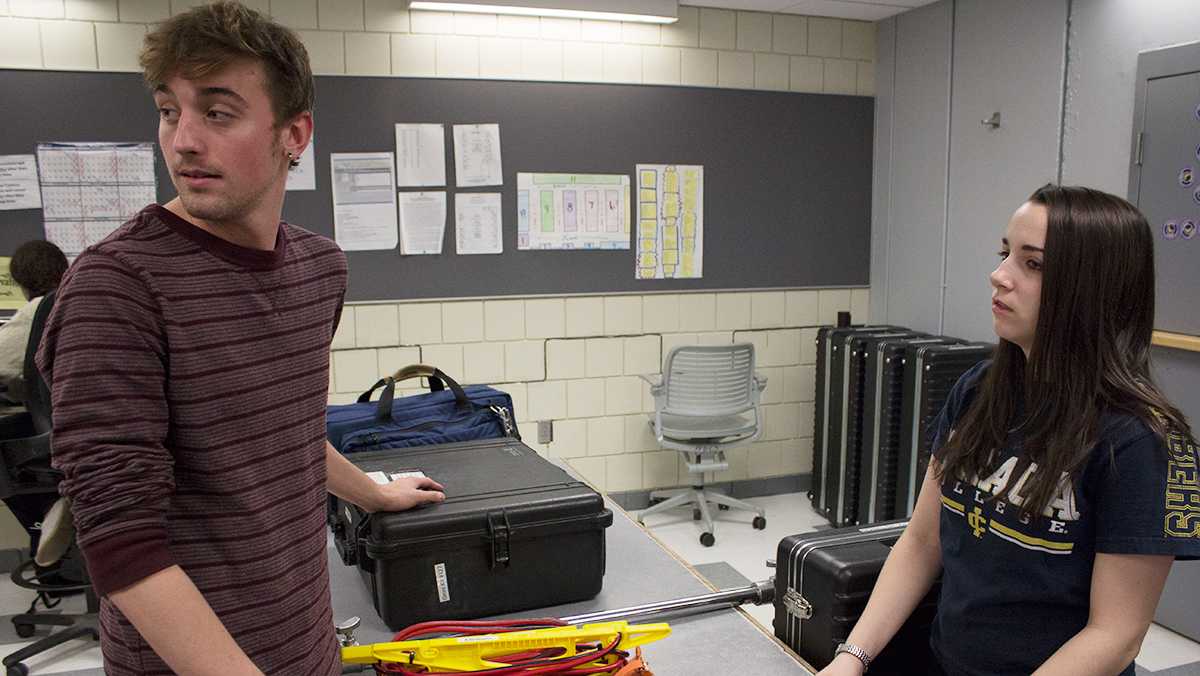 Some classroom assistants within the Roy H. Park School of Communications have reported they are working more hours than they are allotted to each week — and their extra work is going unpaid.

To better manage their departmental budgets, some departments within the Park School have placed caps on the number of hours classroom assistants — often referred to as teaching assistants or TAs — can work each week.

Steven Skopik, chair of the Department of Media Arts, Sciences and Studies, manages and plans the departmental budget. Skopik said he implemented a limit on the number of hours classroom assistants could be paid each week because in the 2014–15 academic year, his department overspent its student employee budget by 25–30 percent.

Brandy Hawley, administrative assistant in the journalism department, said limitations on the number of hours classroom assistants can work have been in place since she arrived in 2005. Faculty are responsible for managing their assistants’ hours appropriately, and she said she does not see their timecards.

John*, a classroom assistant for a professor within Skopik’s department, said he was not informed about his four-hour-per-week until two days before the semester started, and was told that if he went over his professor could get in trouble.

“I was told I could only work four hours a week, and if I work any more and they found out about it, he could lose his TA privileges,” he said.

John said the class he works for meets for six hours each week, and when factoring in the amount of time he puts in for workshops and helping students, on average, the professor needed him to work eight to 10 hours.

He said he had spoken to Student Employment Services earlier in the semester but found no resolution until he was called in to speak with Skopik Dec. 8. John said it was agreed he would be paid for his full hours for the remainder of the semester but would not be compensated for unpaid time from before.

Senior Joseph Byeon, a classroom assistant for Multimedia Journalism, said the instructor for his class, Martha Stone, informed him of the work hour cap over the summer. Byeon said he is only allowed to log up to 10 hours each week, but he tended to work 13–15.

Byeon said he had not told Stone about working over hours because the job had value to him beyond a paycheck: He is learning about new technologies and developing better organizational and managerial skills.

Stone, instructor in the Department of Journalism, said Byeon’s contribution to her class is “absolutely essential.” Stone said she thought 10 hours was a fair estimation of what is needed each week.

Senior Ryan Somelofske is an assistant for two classes in the Park School, one with Bradley Rappa and one with Andy Watts, both assistant professors in the Department of Media Arts, Sciences and Studies. In total, Somelofske said he gets paid for up to eight hours each week, but in reality he usually works nine to 11 hours, often going over allotted hours to handle class equipment.

“It’s really expensive in Ithaca; nothing’s cheap,” Somelofske said. “The fact that you get tossed into such an expensive world and the college says, ‘This is all you can work’ — it feels like there should be more money floating around somewhere.”

Both Watts and Rappa were not available to be interviewed for this article.

Skopik said although classroom assistants may work more than their allotted hours on some weeks, the expectation is that there will be weeks with a lighter workload.

“There is flexibility built into this … certainly nobody should be working for uncompensated hours,” Skopik said.

Across the college, full-time students cannot work more than 20 hours per week, as their primary focus should be their academics, said Beth Blinn, manager of student employment services.

Blinn said student employees must report the true number of hours they work and get paid for them.

“That is completely illegal,” Blinn said. “Every department can set a limit … However, they cannot expect students to work more than they are allowed.”

Blinn, like Hawley, said the responsibility falls back on the professor overseeing the classroom assistant’s job.

Byeon said although the money wasn’t crucial to him, he believes fair compensation is important.

“I think if students are working and they’re doing a lot to help the class, and they’re working over time, I think it makes sense to compensate them,” he said. “It makes you feel better if you feel like you’re getting compensated fairly.”