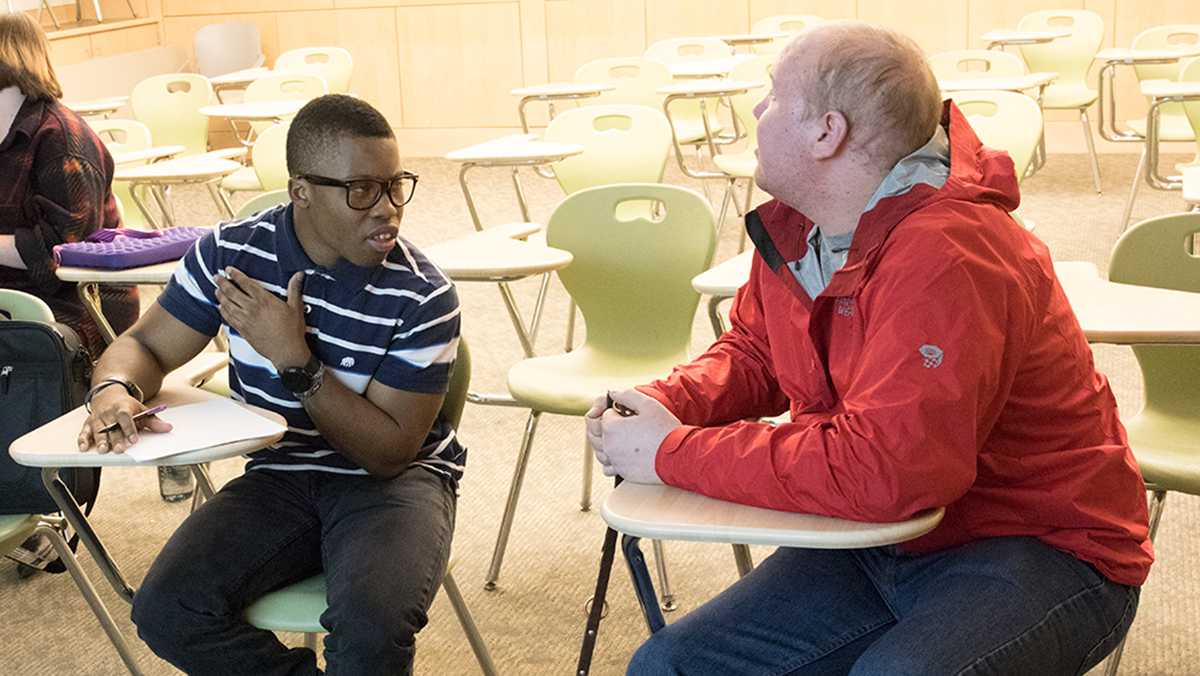 Ithaca College’s speech and debate team recently won first place in the debating event of the Suffolk Fall Classic Speech and Debate Tournament. At the end of the competition, the top three spots were held by the college’s team.

Junior Charlie Vaca won first place in the Lincoln-Douglas–style debate and was named top speaker in the category. The second and third place spots were held by senior Jose Escano and freshman Shelby Johnston. Senior Sean Themea, president of the speech and debate team, also won a speaker’s award in debate, meaning he had one of the best spoken performances. Senior Elijah Breton placed third in Interpretation of Prose.

There are two styles of debate that the team focuses on. Lincoln-Douglas style involves the team researching and building an argument on one topic throughout the entire debate season. In Worlds University Style debates, students cannot prepare for their debates, as the topic is unknown. Once the topic is given, students have 15 minutes to plan their argument before they speak. Weekly practices for this method of debating take place every Tuesday night at 7 p.m. There are 20 students participating in the debate team this season.

“The debate team has helped me organize and develop my thoughts a lot clearer and be able to form an argument to debate with others,” Escano said.

Themea joined the team during Fall 2013 and has competed in eight tournaments. He competed in Estonia April 12 at the Estonian Open, with the college winning second place in the novice division out of about 100 international teams.

Themea said it was important for newcomers to the debate team to realize that the club is not intimidating or harsh.

“We pride ourselves on being very accepting and not rigid in our team culture,” he said. “That’s a stereotype for most debate teams, which is really not true.”

Through creating a relaxed and friendly atmosphere, Themea said he hopes that incoming students will mesh well with the team and its expectations.

Junior James Dellasala joined the speech and debate team in the first semester of his freshman year because he wanted to take advantage of the opportunity to travel to Toronto. He said the trip was by far one of the major highlights of his freshman year. Dellasala takes part in Worlds Style exclusively, as he’s better at coming up with arguments on the spot. Dellasala said he believes joining the speech and debate team greatly improved his understanding of international issues.

“It challenges you to keep up with current events and to keep up with what’s going on in the world,” Dellasala said. “It’s certainly been one of the more fulfilling things that I’ve done here.”

Themea said the team has been performing very well at recent tournaments. Regardless, he said he has a goal to create a casebook with up-to-date data on current events for the team to improve in Worlds Style debate.

Scott Thomson, assistant professor of communication studies, has been coaching the college’s debate team for 15 years. He said for the team to be successful, members have to be knowledgeable of current events and social and cultural issues.

The college will also host the North American Championship for Worlds Style debate during the week of spring break. Students from the U.S., Canada and Mexico will compete.