State scholarship program may lose funding for next fiscal year 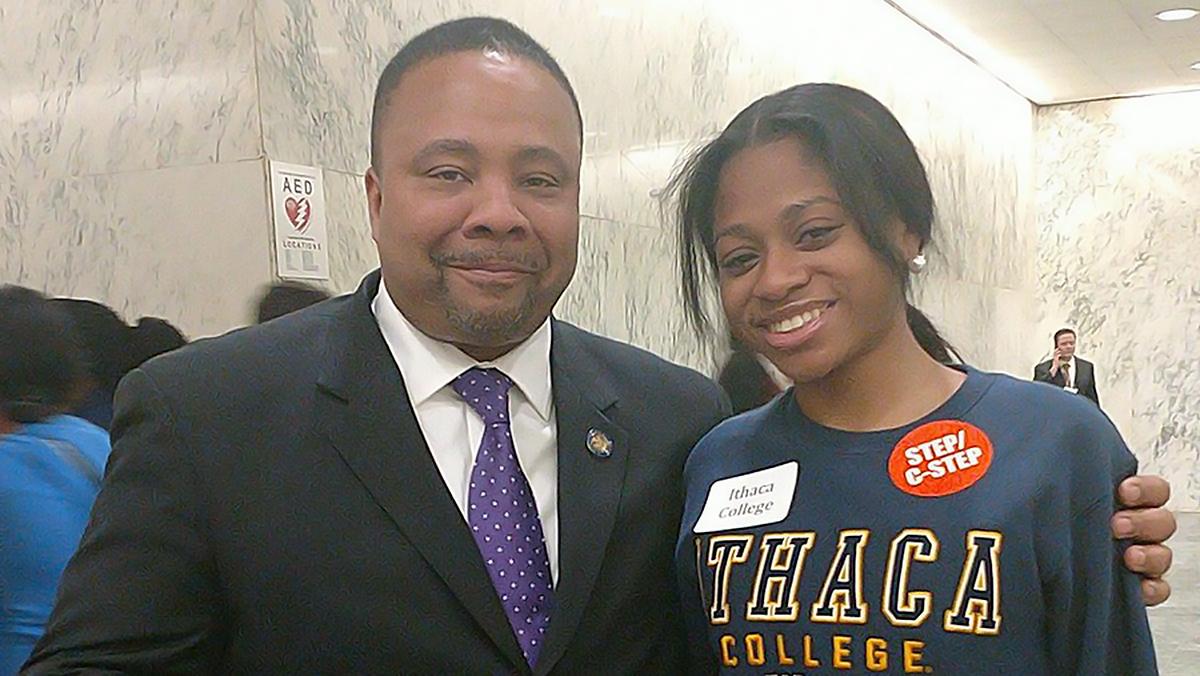 Two scholarship programs tied to Ithaca College might see their funding reduced through the New York state’s budget for next fiscal year, which could impact students with little to no other options for education.

The programs, the Collegiate Science and Technology Entry Program and the Higher Education Opportunity Program, give low-income students state-funded scholarships to attend colleges across New York state. Orlando Kittrell, director of the Office of State Grants at the college, said the fiscal year 2018 State Executive Budget for HEOP, CSTEP and other opportunity programs is potentially facing a 15 percent reduction.

This would level the program’s budget to the funds it had for the 2016 fiscal year, said Morris Peters, spokesman for the New York State Division of the Budget, in an email. The 2017 fiscal year budget featured legislative adds — more money that legislators can lobby for while the budget goes through a number of hearings held during March — which gave the programs its bonus, Peters said, but the executive budget does not usually feature these adds. Terri Standish-Kuon, vice president of public affairs for the Commission on Independent Colleges and Universities in New York, said the executive budget has to go through a number of joint hearings with state legislators before it can be approved April 1.

Kittrell said he is currently unsure about how these cuts would affect students at the college but that the programs would most likely have to downsize their future enrollment and downsize academic support services given to their students. However, this loss would be more than financial, for some students would lose their academic support systems.

“When they first hear about it, they think it’s just a free ride,” sophomore Abiola Tubosun-Kassim said, describing how the college community thinks of HEOP. “I think of it more as a family. I have a support group at school, and I know I can go to them and talk about academics and even my personal life. I know they’ll be able to help me out.”

Tubosun-Kassim said the only financial option she had open to her after graduating from high school was community college, but because of HEOP, she was able to attend Ithaca College, which was originally out of her price range.

She is one of 125 students in both the HEOP and CSTEP programs who would be affected by the cuts, said Tiffany Valentin, CSTEP project coordinator, in an email. The amount of financial aid a student can be given through CSTEP and HEOP varies per student’s financial situation and per college, according to a HEOP web brochure.

Junior Arron Liriano, a student in HEOP, said all but $4,000 of his education is paid for through his scholarship.

He said he came from a similar situation as Tubosun-Kassim — he would not have been able to attend the college were it not for HEOP.

Liriano and Tubosun-Kassim were two students who attended Student Advocacy Day on Feb. 14, where HEOP and CSTEP students from across the state went to the state capitol building in Albany, New York, to rally for more funding. Sophomore Dominique De Lisle, a CSTEP student, also attended. She said more than a thousand students showed up to share their stories about how these opportunity programs have helped them.

“It was a great trip to be there, to hear everyone’s stories and hear how far they’ve come,” De Lisle said.

Kittrell said that regardless of if HEOP’s and CSTEP’s funds are increasing or decreasing, they send students to Student Advocacy Day every year because there is always a need for more funding.

The National Science Foundation has awarded a $1.2 million grant to Ithaca College to encourage students to pursue teaching careers in science, technology, engineering and math.

Students at Cornell University are campaigning to implement a university-specific form of the Development, Relief and Education for Alien Minors Act.