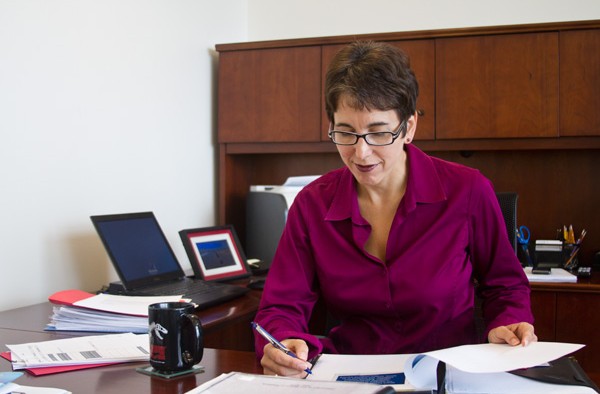 Effective Aug. 24, the new structure will dissolve the student affairs division by eliminating McAree’s position and passing its responsibilities to Provost Marisa Kelly, who currently directs the Division of Academic Affairs. Additionally, Campus Life Services will fall under the direction of Carl Sgrecci, vice president of finance and administration.

Kelly said though the college will be saving money, the change was not made to cut costs in the administrative budget. No positions were eliminated other than McAree’s.

“We are not saving very much necessarily,” she said. “We are saving one vice president’s position.”

Rochon said the goal is to build and foster a collaborative environment in the college’s administration.

“Our objective here is to get much more collaboration between student affairs and academic affairs division so that we can provide a richer educational experience for students in and out of the classroom,” he said.

Rochon said restructuring the student affairs division had been considered since the development of IC 20/20, and McAree’s retirement presented an opportunity to implement this option.

Kelly said the new structure will allow administration to maximize the integration of IC 20/20 objectives into residence hall programming.

Kelly said she and Rothman intend to meet with the Student Government Association, which used to meet with McAree weekly, to maintain the strong relationship between administration and student body.

The student life divisions at Elon University and Simmons College, and Clarkson University also report to the their provosts. Clarkson just made this change in July. Kelly said the college is looking to follow this model and is expecting positive results.

“More and more institutions are really beginning to think about how do we organize our structure so that we are really maximizing the value that we bring to the students’ educational experience,” she said. “So we are at the front end of what I think is going to be a wave in this direction over the course of the next 5 years.”

Check out a Q&A with Brian McAree, former vice president of student affairs, in which he reflects on his time at Ithaca College.