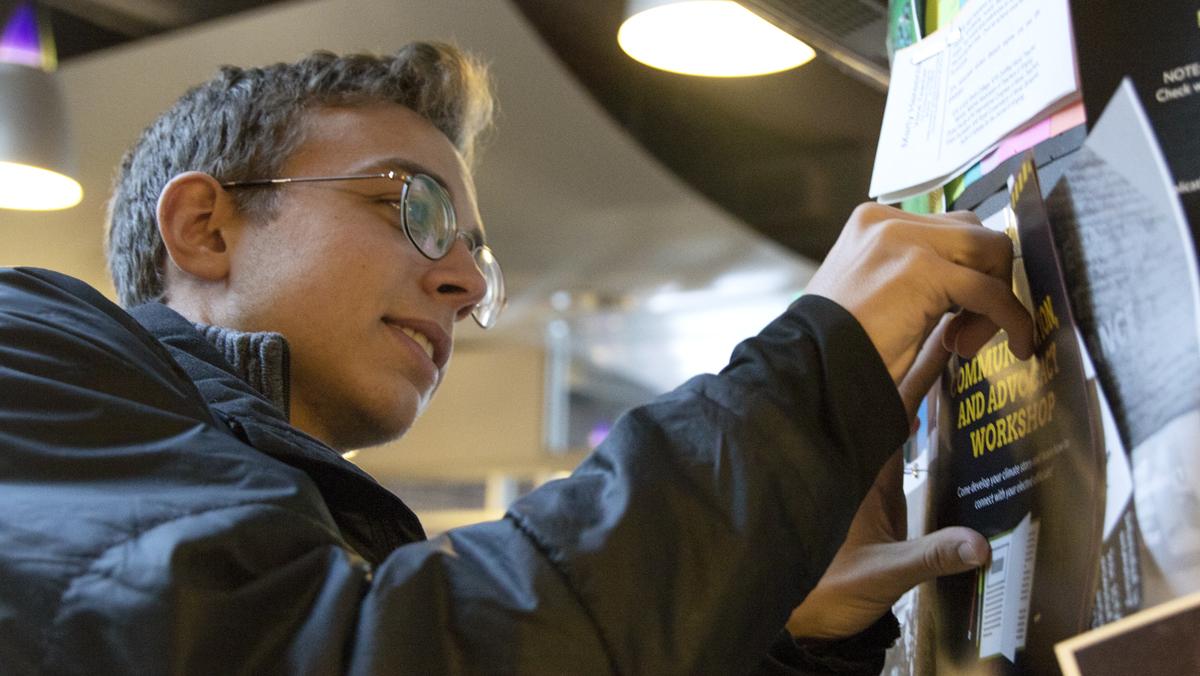 This spring, Ithaca College junior Thomas Minett introduced the national campaign #PutAPriceOnIt to the college’s campus. The campaign hopes to empower students to encourage New York state to implement a tax on carbon. The goal of the tax is to mitigate the effects of climate change.

The tax aims to protect the poorest people while using part of the revenue to adapt to climate change, invest more in infrastructure and increase the use of renewable energy. Simultaneously, the tax targets the revenues of those in the wealthier classes to help offset the impacts of climate change and prevent future consequences.

This campaign is a national movement with the goal of implementing a tax on carbon and make fossil fuel energy — like coal and oil — more expensive, with the hope that companies, industries and individuals will switch to cleaner, more renewable forms of energy like solar or wind power.

Many states have strict programs aimed to reduce the effects of climate change. California has a cap-and-trade program that aims to eliminate greenhouse gas emissions while covering nearly its whole economy. Washington state has a system in place that sets individual emission caps for those who are large sources in the economy.

The movement focuses on mobilizing college students, who the campaign classifies as the group of people most affected by climate change. Minett said he plans to promote this campaign at the college by holding workshops and events, reaching out to various clubs and speaking to state district representatives about this campaign.

Minett said that so far, he has held one workshop, titled “Climate, Communication, and Advocacy Workshop” on March 6 in Friends 210. At the workshop, discussions took place about how students can “build their climate story,” as well as sharing how climate change has affected them personally. Students also learned how to get in touch with local politicians to encourage them to support a statewide tax on carbon.

Minett said he is currently focusing on introducing letter-writing and art events to the campus in relation to this campaign.

He said he anticipates that the letter-writing events will give students a platform to submit and present their thoughts on carbon pricing. These student-written letters will be directly handed, as well as mailed, to the New York state representatives.

Minett said he learned about the campaign and its efforts through an email sent by the environmental science department at the college. Minett said he wanted to get involved because he found that the core components of the campaign interconnected with his own personal values.

“I know a lot of people, when they think of climate change, they think it’s a dead-end road and nothing is going to change,” Minett said. “There are little things that can be done, but it’s hard to implement something that can cause real change soon, so my goal is to spread the message that there a plenty of things that students can do to contribute to large-scale change.”

According to the #PutAPriceOnIt campaign website, carbon pollution is one of the major causes of climate change. More carbon pollution means an increase in extreme weather events, like flooding, storms and a rise in sea level. It also contributes to an increase in food insecurity. Less carbon, on the other hand, means less pollution and, consequently, fewer impacts on the environment.

Minett said there will also be a lobbying day focused on putting a tax on carbon. The lobbying will take place April 9 in Albany, New York, outside the state capital building, on April 9. Minett hopes many students will attend. There will be a mural set up at this lobbying day that represents how climate change impacts and affects the attendees.

Sophomore Sophie Becraft is the vice president of the IC Environmentalists club. She said she thinks the campaign provides a platform for her club to utilize to try to introduce policy change, as well as an opportunity for those interested in environmental issues to directly make their voices heard on issues concerning climate change.

“Personally, as the Environmentalists, it’s like perfect for us because we’re always looking for an activism thing to do,” Becraft said. “We want to get stuff done, but it’s really hard to organize with a group of students doing this as, like, extracurricular.”

Freshman Grace Ziehnert, an environmental studies major, said she thinks this campaign will have positive impacts not only on the environment but also on human health. She said this campaign is an immediate step toward change.

Open letter: Administration must address the future of sustainability