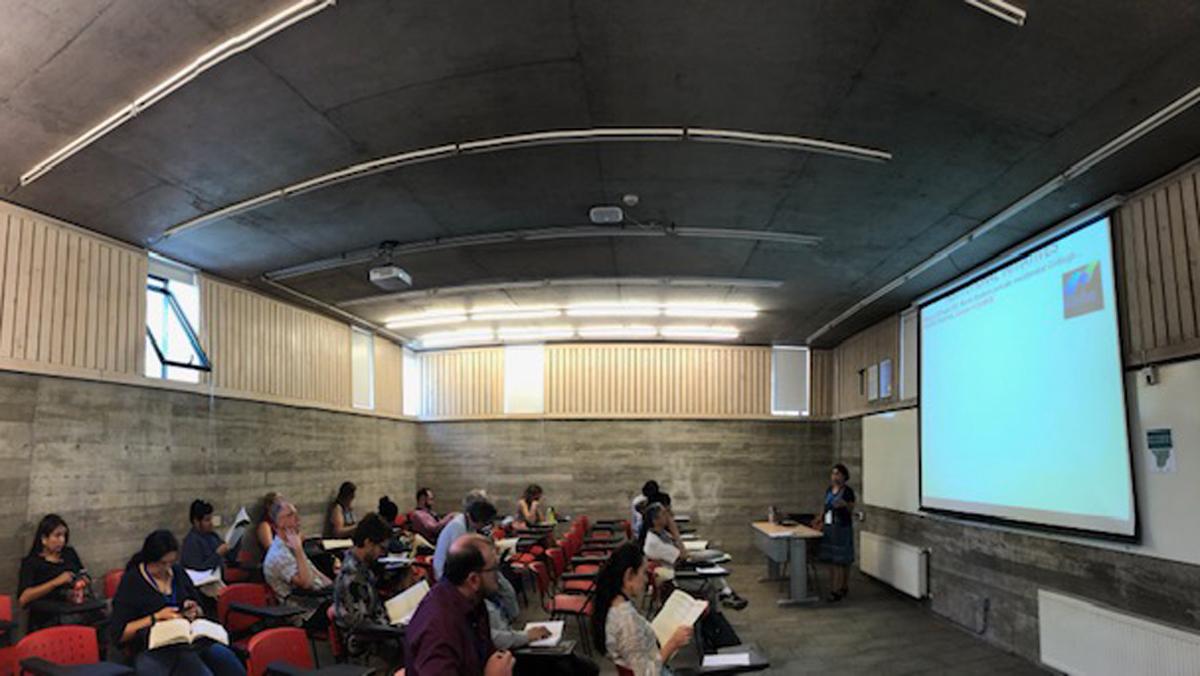 “Where are the problems?” is the question that prompted three Ithaca College students to conduct a sleep research project, which found that the college is not a good environment for sleep health. Based on the findings of the study, the college received a 57% rating overall for sleep health.

Their work was presented at the Sixteenth International Conference on Environmental, Cultural, Economic and Social Sustainability in Santiago, Chile, on Jan. 30. None of the students was able to attend the conference.

Makensy Jabbour ’19, Samantha Goodstein ’19 and Jimmy Gramajo ’19, who were public and community health majors, conducted a study on the college’s sleep health and sleep environment. The study was a service-learning project for a Development and Evaluation of Health Promotion Programs course in Spring 2019 taught by Srijana Bajracharya, professor in the Department of Health Promotion and Physical Education.

“[Students] learn how to conduct professional studies while helping the community at the same time,” Bajracharya said.

Jabbour, Goodstein and Gramajo spent a semester evaluating and scoring different factors of the college’s campus that aid or diminish students’ sleep health. Different campus factors included academics, library hours, campus sales, the services the Office of Counseling and Wellness offers and club meeting times. Every factor was scored between one and 12 with one being the worst score and 12 being the best.

“We weren’t researching these results,” Goodstein said. “We actually had to go in–person to our assigned sections.”

Goodstein’s main focus was academics throughout the study. She interviewed professors about what was included in their syllabi. She said she found that although professors dedicate a section of their syllabi to mental health, sleep health does not show up nearly as often, and their due dates for online assignments were frequently as late as they could be.

“What I did was always the 11 p.m. assignment due date,” Bajracharya said. “That’s a no-no for sleep health. After the study, I changed my due dates to 10 p.m.”

The study also showed that having the library open 24 hours diminishes students’ sleep health because it enables them to stay up later than if the library had a closing time. The library is open for 24 hours Monday through Thursday. Goodstein said that as a former student, she understands the experience of spending late nights in the library. The study group thought that by setting a closing time, students may be encouraged to be more proactive during the day.

Jabbour’s main focus included doing evaluations of every campus vending machine, store and dining hall. The goal was to find out how many of the food resources on campus were caffeinated or contained high amounts of protein and what sleeping aids were offered.

“Are we selling things that help students stay awake, or is there more that helps them sleep?” Jabbour said. “What are the pros and cons of each? That’s what I was really looking at.”

Goodstein said the research group used the national grading system to assign a letter grade to the scores, and the college received an “F” for what was considered a healthy sleep environment.

This did not mean all of the college’s areas received poor scores. Goodstein said some factors that impact sleep health are difficult to avoid.

“You can’t not sell [caffeinated drinks] on campus,” Goodstein said. “That was a tricky part about this research. You can’t not have coffee or things like melatonin.”

The students then applied to the Sixteenth International Conference on Environmental, Cultural, Economic and Social Sustainability, and their research was accepted. Their only obstacles were travel costs and getting to Chile. Instead of physically attending the conference, they had to send in their presentation.

The study concluded there is room for improvement. Based on the evaluations, the students provided a set of recommendations to the college, including setting a closing time for the library, offering more information on sleep health to students and requesting that professors set earlier due dates for assignments.

CORRECTION: A former version of this article stated that the study was a service-learning project for a Development and Evaluation of Health Promotion Programs course in Fall 2018. However, Samantha Goodstein ’19 misspoke and meant that the research was conducted in Spring 2019.

Student research on race in media accepted to national conference