Students at other schools show solidarity with Ithaca College 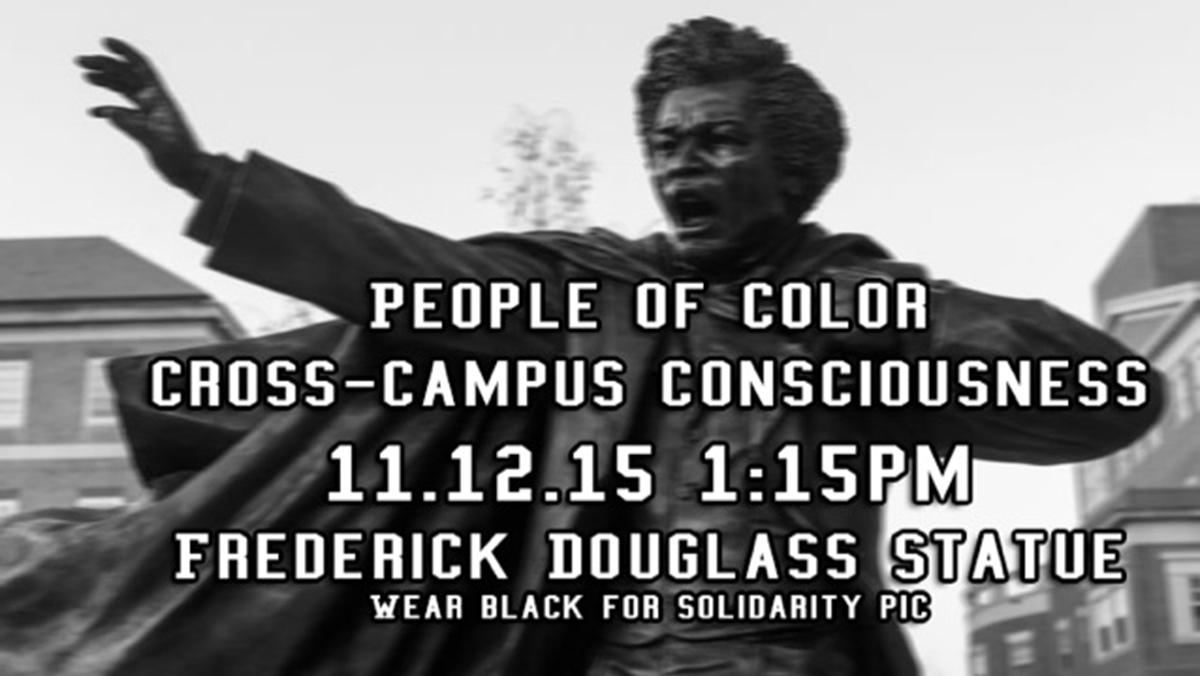 Students at other colleges and universities are joining in solidarity with racial protests at the University of Missouri and Ithaca College.

Over 1,000 students joined the POC at IC group to walk out at 1:30 p.m. Nov. 11 in solidarity with University of Missouri. POC at IC, which stands for People of Color at Ithaca College, emerged about three weeks ago surrounding concerns about the college’s responses to race-related incidents.

The president of University of Missouri recently resigned under mounting pressure to address racial issues on campus, and after threats were issued online many students did not go to classes. POC at IC is also calling for the resignation of Tom Rochon, Ithaca College’s president.

About 200 people attended an event Nov. 11 at Smith College called “Smith Stands with Ithaca and Mizzou.” During the event, community members listened to stories from students of color to be more informed about racial issues at other schools.

Raven Fowlkes-Witten, a junior at Smith College, created the Solidarity Walk Out Facebook event to support the Ithaca College event and encouraged her schoolmates to speak out on their own issues. Smith College’s walkout occurred at noon, 1 1/2 hours before the college’s.

“I heard about Ithaca College’s walkout, and I decided to do the same,” Fowlkes-Witten said. “I urged students … to meet me by our campus center for a talk and to come and speak about their feelings.”

Student leaders at University of Maryland, College Park, are organizing a solidarity picture Nov. 12 at their Frederick Douglass Statue and are encouraging others to join and wear black clothing.

“We want to let our own president know that we stand in full support with Mizzou and Ithaca and other colleges in the struggle right now,” said Erica Puentes, a junior at the University of Maryland, in a statement. “We want to create a cross-campus coalition that will support each other to counteract the neoliberal university administrations that plague our institutions … Because there are so little black and brown populations in our individual colleges, we are stronger if we all connect.”

Seck said she reached out to Fowlkes-Witten and Puentes, who went to high school with her at Baltimore City College. Seck said she and her past classmates were active in a student organization called the Anti–Defamation League.

“I realized in African Diaspora class that every movement has a timeline, but how do we define the time and place of civil rights?” Seck said. “Us millennials are really strong, and Cross-Campus Consciousness speaks volumes on how social movements involving young people are empowering and effective.”

Images of posters hung at Hamilton College expressing solidarity emerged on social media Nov. 11. One banner read: “We stand with Ithaca College in solidarity the movement.” There were also separate banners for Bowdoin College, Yale University and Colgate University. It is not clear if a specific group was responsible for hanging the posters.

The emerging Cross-Campus Consciousness movement has a poster listing new hashtags encouraging others to join in solidarity: #IStandwithPOCatIC, #justICe and #‎CrossCampusConsciousness‬.

“I see people who are not allies or enemies, just bystanders, and it’s their lack of consciousness and ability to shy away from the pressing issues we face which inspires me to want to connect with others across the nation,” Seck said.

Fowlkes-Witten said other efforts are still in the making to expand on a bigger picture of social justice, including a petition that will show support to students at the college.

“I’m going to … have a petition with students at my school, have them sign their name to show their statements and their love to Ithaca, and I’m going to send it to show that Ithaca is not alone,” she said.

The photo with this article has been updated to reflect a change in the time of the meeting being planned by students at the University of Maryland.