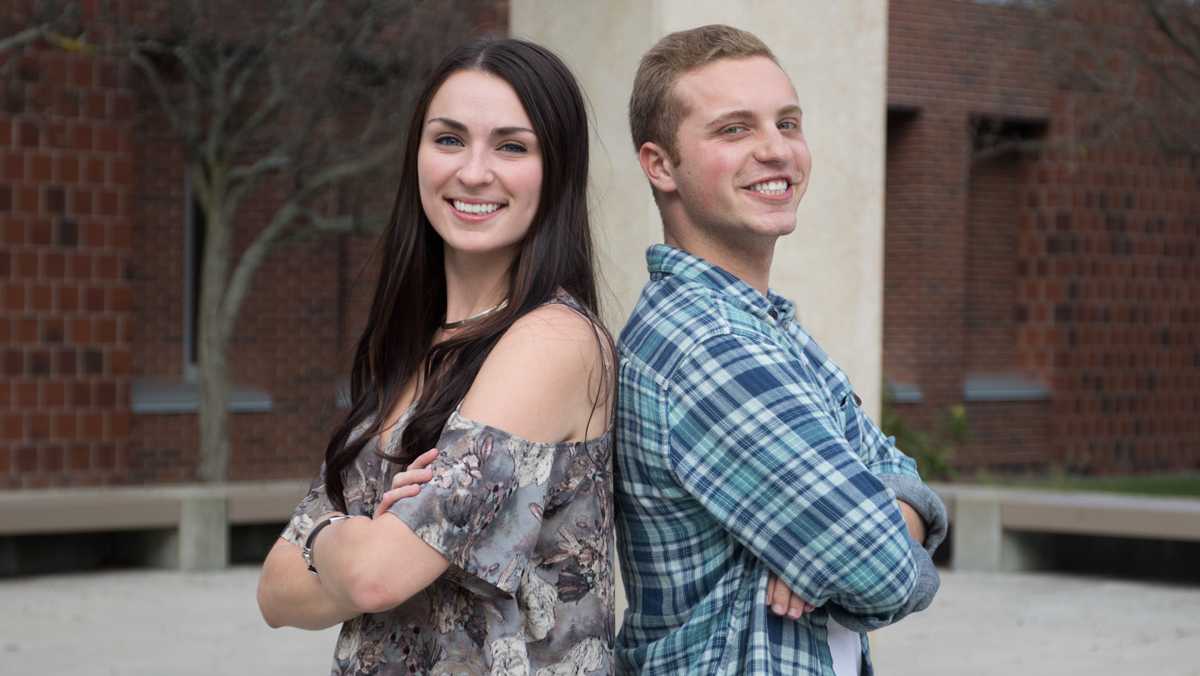 Ithaca College students competed in this competition in an Advertising, Copywriting and Art Direction class taught by Mike Mooney, assistant professor in the Department of Strategic Communications.

The new logo was approved by the Board of Public Works on Sept. 11. City Forester Jeanne Grace said the Parks Commission does not have a set date for when the new signs will go up, but the logo will be included on all new signage from now on.

Grace said the Parks Commission was interested in creating a signifying logo for quite some time to let people know what spaces in the city are public spaces. Grace said that some of the 22 parks in Ithaca have no signage at all, so people do not know they can use them.

“We want to make a cohesive message,” Grace said.

The Parks Commission is having a consultant create a master plan for Ithaca’s parks, and one of the consultant’s preliminary recommendations was to design a brand for the city parks system, Grace said.

Ellen Leventry, chair of the Parks Commission and a marketing and communications director at Cornell University, reached out to Mooney for his students’ help after Jenny Stockdale, former professor at Ithaca College who now works at Cornell University, recommended she do so. The Parks Commission came up with a request for proposals outlining the requirements and criteria for the project, which was open to all community members, Levine said.

Mooney said Leventry contacted him late in Spring 2017, but he had set aside one week to have students complete the project.

“It seemed like too important of a project to pass up,” Mooney said.

Roughly 60 students from all three sections of the class participated in the project, Mooney said. Each student had to create two different designs that had both typography and a visual logo design. The students used both Adobe InDesign and Illustrator to create their pieces, Mooney said.

Levine said he had no experience with using InDesign prior to this class, and that he found it challenging to figure out how to create a unique design for a park logo that seemed straightforward.

“I never considered myself a designer, it’s just not something I feel like I’m necessarily strong in,” Levine said.

Delnicki said that she originally had a more elaborate design but realized halfway through that she needed to simplify it.

“I was inspired by the NYC logo, which is just the leaf in the circle,” Delnicki said. “So, I said ‘OK, I’m just going to put this oak leaf in a circle and simplify it.’”

She decided to create a similar logo by placing an oak tree leaf — which are native to the Ithaca area — inside a circle, so it was simple and people could recognize it immediately, Delnicki said. She said that she was shocked when she learned her design made it to the final round, especially since she handed in the assignment a day late due to being sick.

The new logo features an oak leaf in the design, which is native to the Ithaca area. The design was inspired by the New York City Parks logo. COURTESY OF THE CITY OF ITHACA

Once all of the designs were submitted by the students, Mooney and another professor in the department sat down and assessed the 120 submissions. They narrowed it down to approximately 10 designs, then submitted the finalists to the Parks Commission, which voted on its favorite. While the Parks Commission did receive submissions from the general public, the designs were not scalable to what the group needed them to be, Leventry said via email.

Grace and Leventry decided they liked the typography from Levine’s design and the logo from Delnicki’s design, and Leventry said that pairing them together looked very cohesive. They then had Mooney combine the two into one design to present to the commission as an option.

“It became more a joint effort between the two of us, rather than just one person’s design, which is cool because it’s like a collaboration, which is great too,” Levine said.

Delnicki said she is now interested in pursuing graphic design on the side when she graduates from college because this project really helped to boost her confidence.

“It’s nice to get the recognition and maybe move forward and do this for other brands,” Delnicki said.

Mooney said that he was very happy with the results of this project, and that the project is a nice portfolio piece for students. Mooney also said that many of his students were enthusiastic about the project because they were working for a real client and knew their designs could be displayed in the community.

“It gave them a sense of real world… that they were competing against other designers and that it was a very tight deadline,” Mooney said.