Students engage with nature through Partners in the Parks 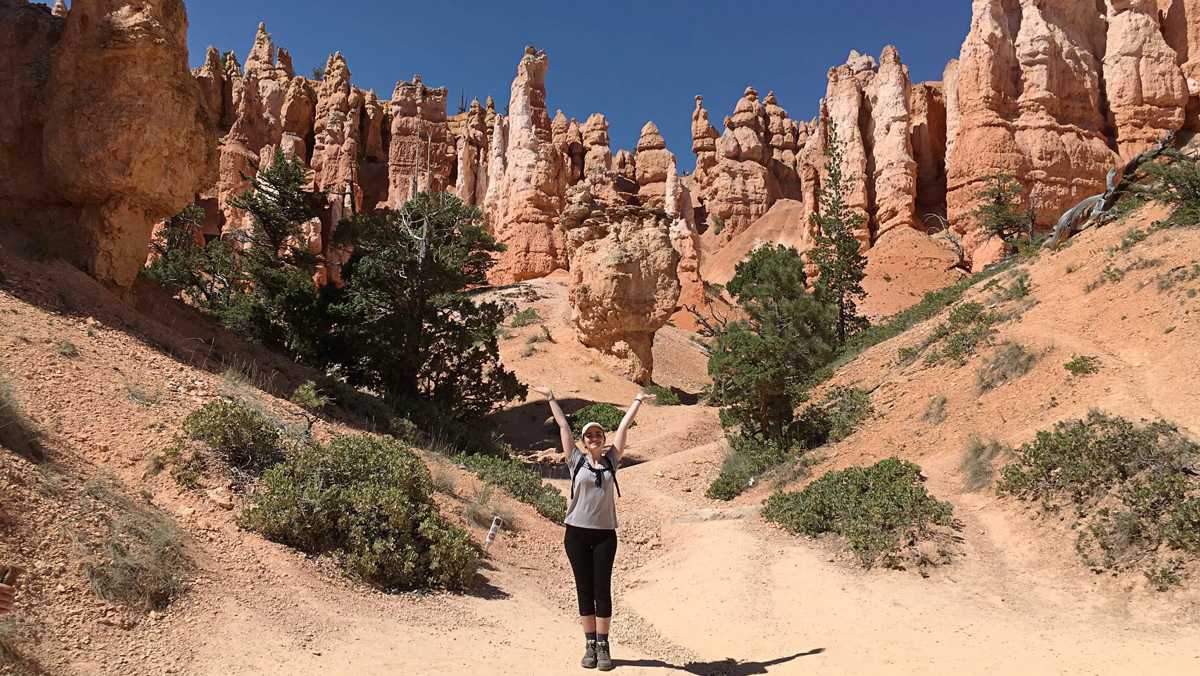 Courtesy of Jessica Tornai
Junior Jessica Tornai branches out during her summer trip to Bryce Canyon National Park in Utah with the Partners in the Parks program.
By Hannah Fitzpatrick — Staff Writer
Published: August 27, 2019

During her week at Bryce Canyon National Park in Bryce, Utah, junior Jessica Tornai backpacked through the park’s Rainbow Point Trailhead, hiked to Riggs Spring and camped under the stars. However, Tornai said, her favorite part of the trip was being able to share these once-in-a-lifetime moments with people she had only met the first day of the trip.

“Going out, kind of on my own, to go seek new knowledge and realizing that even though I felt alone in the beginning, there were so many other people there that had the same kind of drive and enjoyment of this wondrous park and natural lands — it was just incredible,” Tornai said.

Tornai was one of two honors students from the college selected to take part in the Partner in the Parks program, a national outdoor experiential learning program primarily coordinated by the National Collegiate Honors Council. This program allows college honor students and faculty from across the country to visit national parks while collaborating with top historians, geologists, anthropologists and other professionals to learn more about the area they visit.

The other student selected for the Partners in the Parks program was junior Jackie Marusiak, podcast editor for The Ithacan.

Tornai said her love of adventure and her desire to get more in touch with nature inspired her to take a leap of faith and fill out the application.

“I really wanted to try something new, and the honors program has so many good opportunities, and I always try to take advantage of them,” Tornai said. “I’ve always wanted to go backpacking and visit more national parks, so this seemed like the perfect opportunity for me to do that.”

Though the program has been around since 2007 and had their first trip in 2015. Alicia Swords, associate professor in the Department of Sociology and honors program director, first heard about Partner in the Parks when she became director of the college’s honors program in 2017. She said her background in environmental studies and her appreciation for hands-on learning instantly caused her to want to get more involved with the program. Swords also said that Partners in the Parks is a great stepping stone for students to participate in sustainability efforts.

“With programs like Partners in the Parks, students can allow themselves to come to the same conclusion — that humans aren’t separate, but rather part of nature, through such a unique and fun experience,” Swords said.

The selection process for this program is competitive — only one to four students from the college are chosen to take part in the program each year due to funding limits within the college’s honors program. The cost of the program varies by the trip, but usually falls in the range of $500–2,000. The college pays for part of the program, while the student selected pays for the other part.

Though certain trips, like Tornai’s trip to Bryce Canyon, are consistent for each year of the program, the number and locations of trips sponsored by the National Collegiate Honors Council changes each year. Senior Olivia Forker chose to travel to Glacier National Park in West Glacier, Montana, when she was selected as a Partners in the Parks scholar in 2018. She said her favorite part about her experience was camping near some of the wildlife in the park.

“Our campground in the back country did not have running water or toilets, and you had to hang up your food in packs overnight because otherwise, bears would come and eat it,” Forker said. “It was certainly intimidating and a little scary, but it was also kind of the most incredible part of the trip because I wasn’t observing these animals or the nature around me; I was in it.”

Wild Semester: IC students immerse themselves in the wilderness