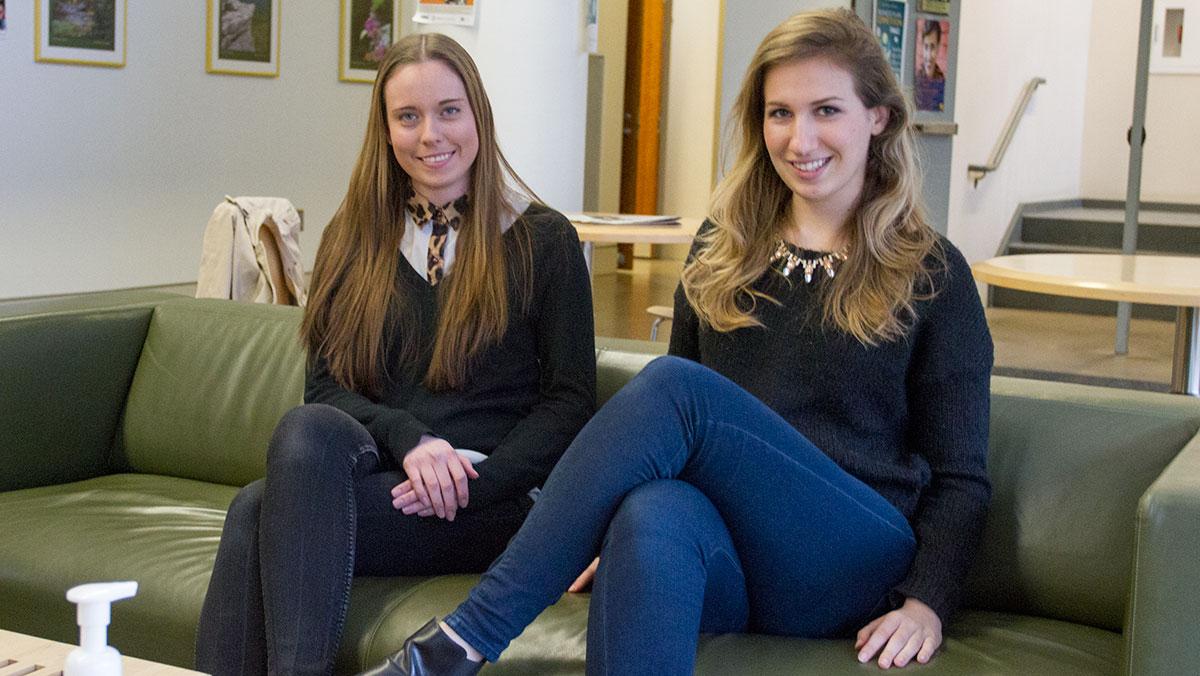 A group of students have taken on a project that applies their classroom and internship experience to fulfilling the needs of a local nonprofit.

Junior Emma Silen and senior Jennifer Greenland are leading a team of students who are providing consulting services to Hospicare and Palliative Care Services, Ithaca’s care center for the terminal. Their primary goals are to help the organization launch a social media campaign in light of National Healthcare Decision Day on April 16 and to redesign Hospicare’s website to appeal to a broader audience and integrate a better social media presence.

This group is part of the Students Consulting for Nonprofit Organizations, a national organization with chapters at institutions like Ithaca College. Entirely on a volunteer basis, SCNO students act as a professional consulting firm for a cause of their choice in their community.

At the college, nonprofits come to SCNO with specific wishes each semester, and the six teams that make up the organization choose a project based on their interests and previous experience, Greenland said. Last year, she said, her team was able to receive mentorship from International Business Machines Corporation while working for the The American Society for the Prevention of Cruelty to Animals of Tompkins County.

Currently, she said part of their media planning for Hospicare is two-fold: raising awareness for National Healthcare Decisions Day, which includes giving them contacts at local publications and strengthening their social media tactics, and the second is the recommendations for revamping the website.

NHDD is a day dedicated to raising awareness among adults ages 18 and up about the importance of making advanced care decisions and having the documents in place establishing who can speak for one’s health should an accident happen. At Hospicare, the students are working directly with Melissa Dunham, community relations manager, and Mike Katz, director of development and community relations, to develop a social media campaign around this day.

“It’s an important issue — it’s one that not everybody thinks of, but it’s really something that anybody at any age should have,” Dunham said.

Dunham said this is the first time Hospicare has worked with college students in this capacity, and she thinks their young ideas will help the nonprofit.

“We need to overhaul our website, so having some fresh eyes looking at that and coming up with suggestions is going to be great,” Dunham said.

The tangible end goal for the students is to set up Google analytics software to see the traffic on Hospicare’s site, and to bring them deliverables — a book of written material containing the nonprofit’s strengths and weaknesses, and the students’ recommendations.

“A lot of it is from things we’ve learned through other experiences with our internships and classes,” Greenland said.

For Silen, the opposite is also true. The public relations experience and leadership opportunities she has gained with real companies through SCNO have helped her in the classroom and made her look more appealing to internships, she said.

She also said she was surprised to find the exceedingly positive outlook the leaders of Hospicare have on the nonprofit, despite the nature of the work.

“My grandmother spent some time in hospice care last year, and it was a very sad time for everyone, and I didn’t really know much about what was going on, so it’s been really nice to get that insight and to see how organizations like that work,” Silen said.

As much as the students learn about consulting, she said the benefit is mutual.

“We’re really just going in to make the organizations the best they possibly can and helping with things that they maybe weren’t sure how to accomplish themselves,” she said.

At the end of the semester, Dunham said Hospicare plans to integrate the students’ suggestions into its communications strategy. She said college students should pay attention to these efforts surrounding NHDD and fill out the advance directive forms to choose someone to speak for them in the event they cannot, so they don’t need to worry about the issue for another few decades.

“Being able to have the conversation with your loved ones about, what would you want to happen if you weren’t able to speak for yourself, if you were in a coma … how do you see your life, and what’s important to you in your life?” she said. “Having the documents in place is a huge gift to somebody’s loved ones at any age.”