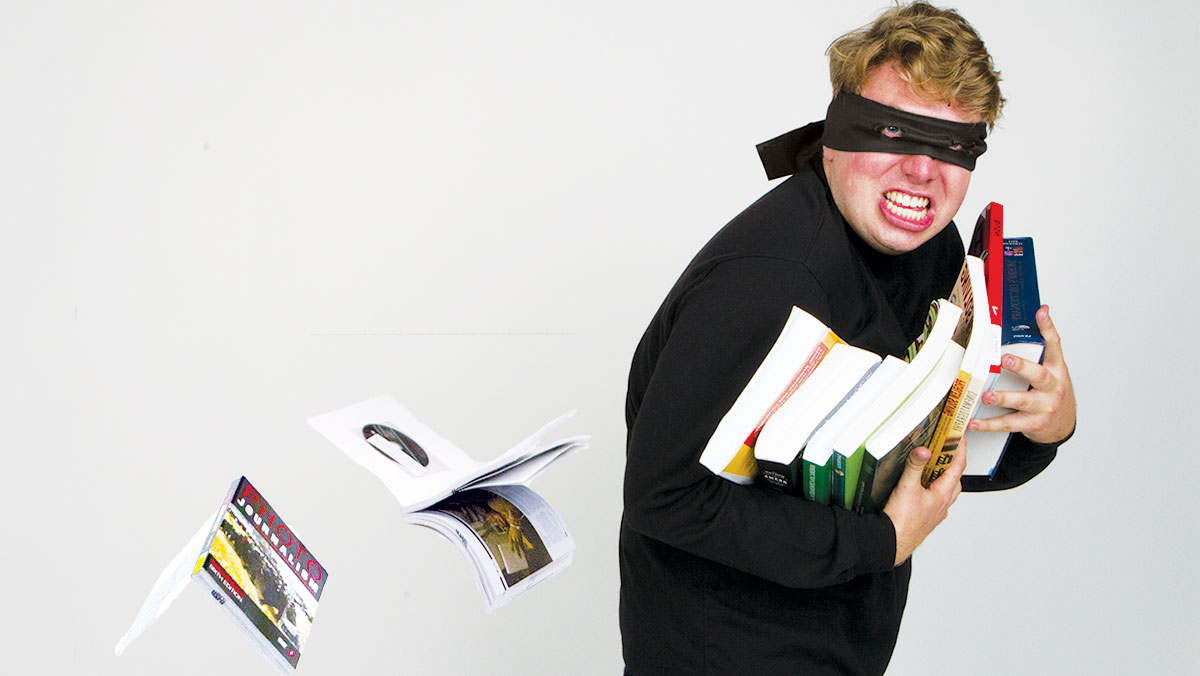 With the increasing cost of textbooks, students have found new and often illegal ways to acquire their books. Prices for new college textbooks rose 82 percent from 2002–12, according to a 2013 study by the U.S. Government Accountability Office. In a survey published in July 2013 by the Book Industry Study Group, 34 percent of students nationally reported illegally downloading course content online. Ithaca College students are responding to rising prices in a similar manner. 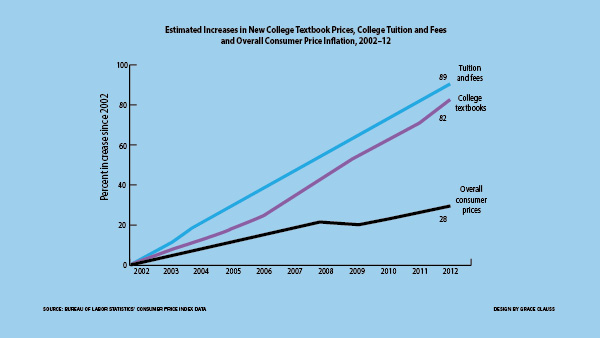 The Ithacan conducted a survey among college students in which 20 of 124 respondents said they illegally downloaded textbooks online. Of these, the majority said they used torrent sites to find their textbooks. Torrent sites are peer-to-peer sharing sites which use multiple servers to help speed up the downloading process and also make them difficult to track.

Freshman Jeremy Block said he uses Google to look for PDF versions of his more expensive textbooks. Block said he saved an estimated $200 this semester alone by finding just one of his textbooks online.

Block said he only finds online versions of his textbooks through google searching and refuses to use other popular sources such as torrent sites.

“If I can find it on Google, then I consider it open to the public,” Block said.

Though Block considers them public, these online textbooks are illegal reproductions of intellectual property under U.S. Copyright Law.

In 2003, the Recording Industry Association of America began subpoenaing hundreds of colleges, including Ithaca College, requesting the names of students using IP addresses on campus to download illegal music. Under a statute passed as a part of the Digital Millennium Copyright Act in 1998, pirating music or textbooks on a college campus gives companies the power to subpoena the college for student offenders’ names and information. The DMCA criminalized the use of any type of technology used to circumvent controls used to limit access to copyrighted materials.

While Ithaca did comply with the subpoena, though, Traevena Byrd, associate general counsel, said she questions the effectiveness of the RIAA’s practice.

“Obviously, they didn’t continue with that practice over time,” Byrd said. “We haven’t received a subpoena like that in several years.”

However, Byrd said she hopes students wouldn’t pirate textbooks simply because the practice is illegal.

“When you’re talking about academic textbooks, nobody’s getting rich off of them,” she said. “I understand a student’s perspective: Textbooks are expensive, and it’s just so easy to download them online. I get it, technology has not waited for the law to catch up.”

As a student, Block said he understands the legal and ethical issues pirating textbooks warrants, but believes it’s the publisher’s job to limit online piracy.

“It’s up to the publisher to make sure their textbooks don’t come up online,” Block said.

Another student, Julia*, said she believes many textbook companies are trying to rip off students. She said she heard of textbook companies releasing new editions of textbooks after only adding a couple of pictures, which is echoed by the U.S. Public Interest Research Group’s claim that publishers hike up prices by releasing new editions every few years.

Andi Sporkin, vice president of communications at the Association of American Publishers, responded to PIRG’s claim, saying it ignores the fact that a large constituency of publishers has been offering digital and online formats for less money.

Rick Watson, director of college stores at Ithaca College, said he does agree textbook companies often release new editions with little changes, but this is in part because of college bookstores selling used books. Selling used books allows for bookstores to not have to purchase more copies of the same textbook from the publisher.

PIRG released a study in January 2014, “Fixing the Broken Textbook Market,” which said the average college student spends about $1,200 per year on books and supplies, according to a survey of 2,000 college students.

Watson said he has noticed textbook prices have risen in the seven years he’s worked in the college stores office.

The high cost of textbooks is what motivates students like Julia to illegally download their textbooks. She said she believes pirating textbooks is a way of protesting the high prices.

“If they’re ripping us off — we might as well fight back,” Julia said.

However, the pirating of books does make an impact on the book industry.  According to the Association of American Publishers, U.S. publishers across all categories lose $80–100 million annually to piracy.

In addition to the DMCA, Congress passed the Technology Education and Copyright Harmonization Act in another attempt to reduce piracy and copyright infringement. The TEACH Act of 2002 required all non-profit colleges and universities to institute policies regarding copyright and limited educational use of copyright materials strictly to students officially enrolled in the course.

Most recently, republicans introduced the Stop Online Piracy Act to the U.S. House of Representatives in 2011 to allow the government to seek court orders against websites that infringe on copyright law. However, the bill was tabled and later announced as postponed in January 2012.

Byrd said she believes these updates were insufficient, and the law needs a complete overhaul to really stop the illegal practice. Specifically, she said intellectual property law has not adapted to an age where copyrighted content is constantly being utilized on creative outlets such as YouTube.

“We have to really reconceptualize the whole notion of who owns what when it comes to intellectual property,” Byrd said.