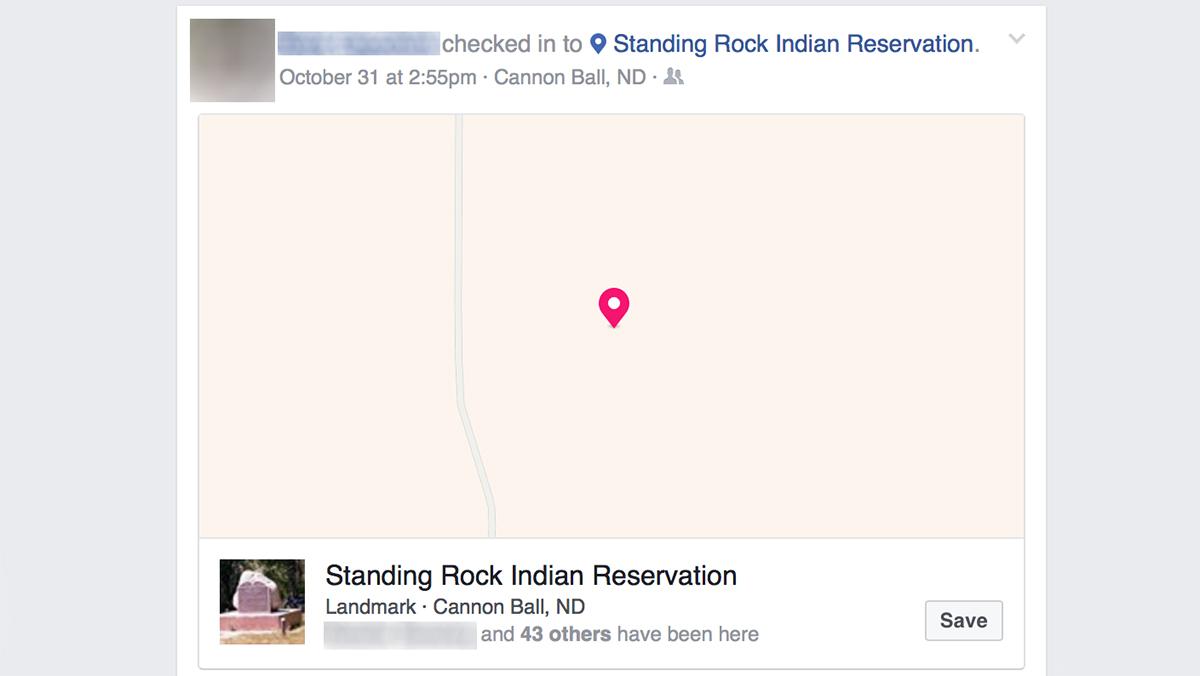 Facebook
Ithaca College students are showing support on Facebook for Native American activists who are protesting the building of the Dakota Access Pipeline.
By Sam Haut — Contributing Writer
Published: November 5, 2016

Ithaca College students are showing support for Native American activists who are protesting the building of the Dakota Access Pipeline in North Dakota by “checking in” to the Standing Rock Indian Reservation on Facebook.

Plans for the pipeline, which would extend from North Dakota to Illinois, were announced in 2014, but the protests began in April. The Standing Rock Sioux tribe is advocating against the pipeline, fearing that a rupture in the pipe will lead to a contamination of their primary water source, the Missouri River. Proponents of the pipeline say it poses no danger to the water supply, as there are eight pipelines crossing the Missouri river, and is the safest way of moving crude oil to refineries across the U.S.

However, the Morton County police issued a statement on Facebook saying the department “is not and does not follow Facebook check-ins for the protest camp or any location. This claim/rumor is absolutely false.”

Activists associated with the protests said that while they don’t believe the police are using Facebook to target demonstrators, they appreciate the support being given.

“There are many camps and points of contact, we can only verify that the ‘Facebook Check-in’ action did not originate from the Sacred Stone Camp FB page,” stated a message on the Facebook page of Sacred Stone Camp, where the activists have come together. “We support the tactic, and think it is a great way to express solidarity.”

Senior Sydney O’Shaughnessy said she feels the need to speak out against what is being done, even if it’s just through Facebook.

“I feel like the East Coast is so far away, and I want to do as much as I can to help keep people from harm’s way,” Shaughnessy said.

She said she saw several students at the college and others post about it before she did, and said it was a “chain reaction.”

Freshman Ethan Seftor also checked in at Standing Rock. He said though online activism may not have a tangible effect, he felt the need to do it anyway.

“I think this form of protest is not very effective in actually enforcing change, but I did it to show the protesters that they are not alone and that they have the support of thousands of Americans,” Seftor said.

Seftor said he saw 15 to 20 friends who are students check into Standing Rock, and noted others posted following his post, including several from the college.

Ron Denson, assistant professor of Native American studies at the college, said he is teaching a seminar on contemporary Native Americans and that his students recognize the importance of clean drinking water, which is what the activists are trying to protect.

“Over the weekend, over 120 protesters were arrested, though they are really called water protectors, who were forcibly removed using methods that violate human rights,” Denson said.

Despite litigation that temporarily halted construction, it resumed in September. Oct. 27 into early Oct. 28, 141 activists were arrested.