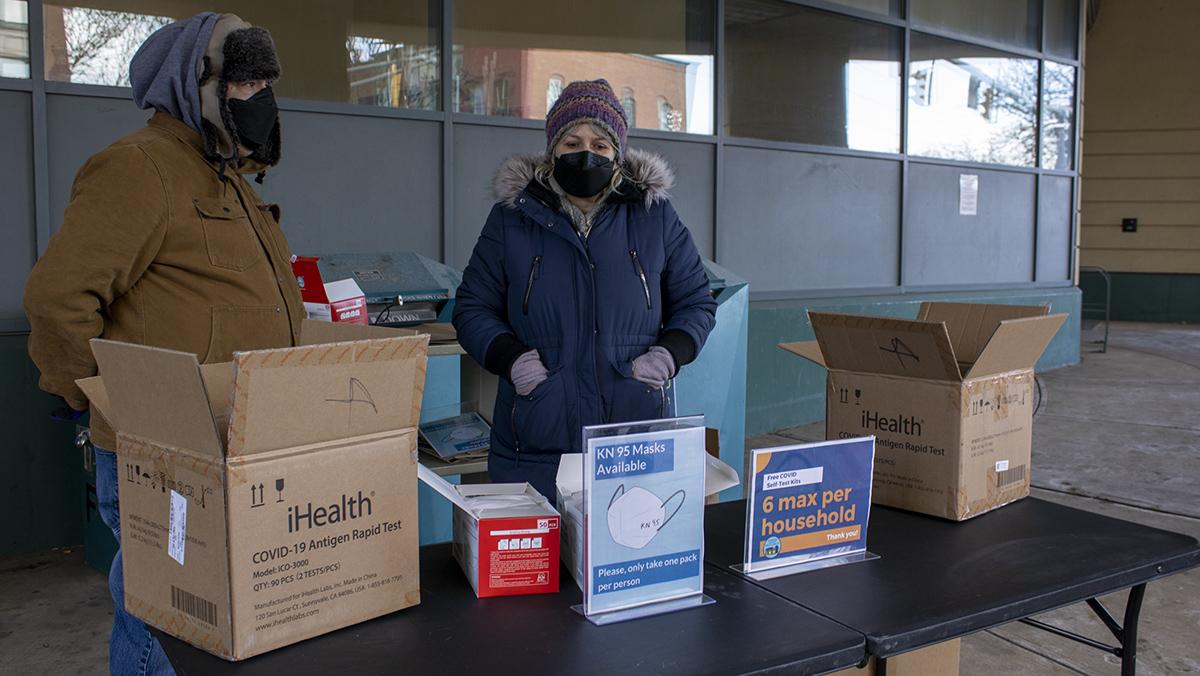 In late January, shortly after the United States government began a program that would ship four COVID-19 tests to households across the U.S., Ithaca College senior Victoria Lipper ordered a shipment to her address at Ithaca College Circle Apartments. A month later, Lipper’s order has still not arrived.

As the pandemic enters an endemic phase, different leaders around the world have taken steps to personalize COVID-19 testing. By mid-December 2021, Germany, the United Kingdom, South Korea and Canada had created some form of a free rapid test program for all citizens. The U.S.’s program began Jan. 18, by the time the Omicron variant was in the middle of its surge. That day, 1,178,403 new COVID-19 cases were reported across in the U.S. As of now, the surge has ended, and as of Feb. 21, 55,659 cases were reported in the U.S., making the once urgently needed delivery of rapid tests too little too late.

In addition to the program beginning too late, the tests were distributed by the United States Postal Service (USPS), which is in a crisis caused by losses in revenue, increased delivery times and understaffing. As a result, COVID-19 tests have shown up far later than the expected time frame of 7-12 days, or like in Lipper’s situation, not at all. On top of this, the USPS program has a limit of one order per residential address. For people who live in large apartment buildings or dormitories with multiple rooms under one address, the USPS’s program has only allowed one shipment for the entire address.

Lipper said that when she came back from winter break, she brought rapid tests that she had bought at home with her for her own use. Having lent those tests to her friends, Lipper wanted to use the USPS program to get more tests for herself. However, she encountered this issue with the address.

“When I first put in our address at Circle apartments, they said that it couldn’t be delivered,” Lipper said. “It said that a household had already claimed a set.”

It was only when Lipper changed her address to the college’s official address — 953 Danby Road — that she was able to place the order. However, despite being able to pass that hurdle, Lipper has still not received her tests. Lipper’s friend, junior Cailin Zadravec also had this issue when ordering her tests, which have still not arrived.

Samm Swarts, assistant director for Emergency Preparedness and Response, said that while testing is critical to the college’s COVID-19 response, the fact that the USPS program has these issues makes it not a useful or reliable method of testing for students.

“I think it’s a great idea in theory,” Swarts said. “It’s a great program to offer testing to citizens, the American people, but at the end of the day, it makes it challenging and difficult on college campuses with the general delay it takes to be able to receive them.”

Swarts said the USPS program is not enough to fulfill the testing needs of students on college campuses, where the large population of residential students causes the spread of COVID-19. On campus, the college offers free testing seven days a week from 9 a.m. to 5 p.m in Emerson Hall.

“I just wanted to get some more tests,” Zadravec said. “I have heard Emerson is getting more lax lately and not as helpful. I would rather have tests on hand. It’s just a usefulness thing, I can do one [a test] quickly and get a result back quicker than if I were to go to Emerson.”

On Feb. 18, Tompkins County distributed free rapid COVID-19 tests at the Tompkins County Public Library from 1 to 5 p.m. with a maximum of six tests per household. A worker said hundreds of tests were distributed, funded by the state of New York. Additionally, Tompkins County purchased 250,000 KN95 masks — one of the most effective masks for COVID-19 prevention — that are now being distributed to residents for free.

Swarts said it is a possibility that the college could distribute rapid tests to students. However, the way the college currently receives tests makes it unable to distribute them on an individual basis.

“We get a box of test kits that has 40 test kits in it and one bottle of reagent, so there’s no way to break up that bottle to have it administered individually,” Swarts said.