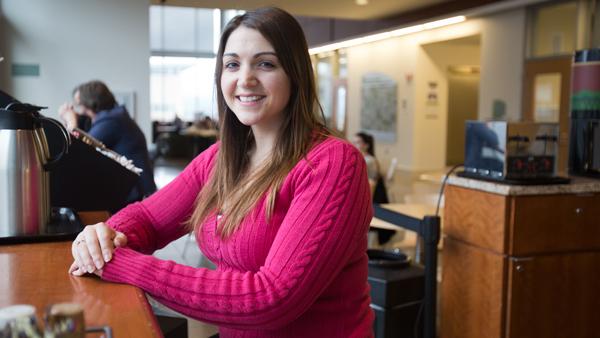 In a step toward making a positive environmental impact, Ithaca College students are in competition with colleges across the nation in Net Impact’s Small Steps Big Wins campaign.

Small Steps Big Wins encourages undergraduate students to engage in activities that benefit the community and environment by offering points for actions, such as air-drying clothes to save energy and walking or biking to campus instead of driving a car, that add up to rewards. Rewards include two tickets to Coachella Valley Music and Arts Festival 2013 for the student with the most points and 100 t-shirts for the winning campus.

Net Impact is a nonprofit organization sponsored by Alcoa Foundation and Microsoft that connects interested charities and volunteers together online to coordinate nonprofit projects. It has branches in universities throughout the U.S. and other countries, such as Pakistan, Hungary, Taiwan and the U.K., Paul Campbell, director of community growth and engagement at Net Impact, said.

Senior Katie Oertel is campus director and co-president of the college’s Net Impact club and reports student actions and points with a Net Impact Facebook app. Oertel created the club this semester.

“[The campaign] motivates social change and making environmental positive impact, but it’s also a competition,” Oertel said. “It’s really easy to participate in the challenge. A lot of the points that they award you are from actions that students already do.”

There are 32 participating colleges, and Ithaca College is in 11th place with 555 points. Cornell University is in seventh place with 1,783 points. Wartburg College in Iowa tops the leaderboard with 8,964 points. The results are based on the leaderboard as of Monday. Oertel was able to get enough points in the final hours of the competition to boost the college from 16th place to 11th, she said.

Students report their points by uploading photos or videos of their actions to the Small Steps Big Wins Facebook page, or they use Instagram and tag the photo with #smallsteps, Oertel said.

Sophomore Rebecca Blondin, vice president of membership for Net Impact at the college, said the club organized a “buy-cott,” in which people buy products from a company only if the company donates all or most of the profits to charity.

As a senior, Oertel will continue with the campaign next semester but won’t be able to participate in Small Steps Big Wins next year. She also said professors and faculty supported the students but couldn’t contribute any points. Oertel brought up these issues at a national Net Impact conference in Baltimore in October, where she met with the CEO of Net Impact.

Campbell, said the campaign is designed to motivate young people to get involved in social and environmental issues on their own.

“Our planet and its people require a new generation of leaders to solve some really big challenges,” Campbell said. “We wanted to create this challenge to engage students.”

The club is struggling to attract new members and encourage activity, Oertel said. According to the Small Steps Big Wins website, there are seven active members at the college.

Blondin and Oertel are trying to recruit more members to the Net Impact club with online advertisements, but not paper advertisements, to cut down on the club’s environmental footprint, Oertel said.

Blondin feels optimistic that new students will be interested in joining because of the campaign’s message of youth empowerment.

“It’s a good thing to be involved in, and I’d love to keep helping,” Blondin said. “Every little step helps in changing things.”

To get more information about “Small Steps Big Wins” and to join the activities, visit http://smallsteps.netimpact.org