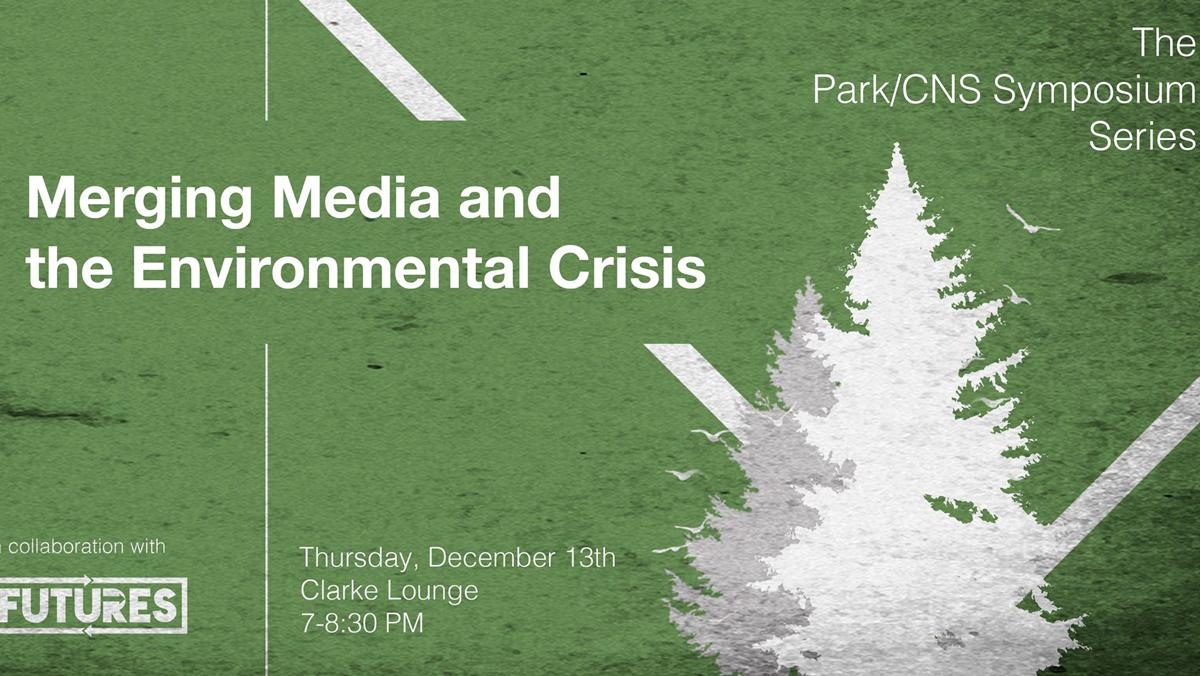 Courtesy of Facebook
The Center for Natural Sciences and the Roy H. Park School of Communications will be hosting a student-led symposium on the intersection of climate change and media.
By Cam Sessinger — Staff Writer
Published: November 28, 2018

The Roy H. Park School of Communications and the Center for Natural Sciences at Ithaca College are collaborating to create a symposium that allows students to explore the intersectionality of media and current environmental crises.

The CNS and Park Symposium: Emerging Media and the Environmental Crisis is a student-led event that will include a speaker series and networking opportunities for students of both academic buildings with the intent of facilitating conversation among students while also exploring the ways information pertaining to the environment is shared throughout the media. The idea for the symposium came from students — junior Lily Dickinson, communication management and design major and environmental studies minor, and senior Mike Moritz, environmental studies major — who worked with other peers to organize the event. The event is scheduled to take place at 7 p.m. Dec. 13 in the Klingenstein Lounge.

“As young people who are consumers of pop culture, that really shapes our idea of the events that are occurring,” Dickinson said. “People’s knowledge on climate change, pollution and carbon emissions is really shaped by the media. The point of the event is to be the creators of that content and make sure that everyone can understand it.”

The topics being covered range from conversations of systemic theory to environmental racism to eco-architecture, Dickinson said. She said she hopes attendees will leave with a deeper understanding of how the environment relates to their fields of study.

Junior Grace Kneebone, environmental studies major and art history minor, said she will be presenting at the event on sustainable housing. Kneebone said she thinks the event is an important way for CNS students to be able to communicate their work outside of the department.

“Working with the Park School could create a huge shift in how the entire campus thinks about sustainability,” Kneebone said. “I also think it’s a really great way to get the two schools to mingle and for people to exchange ideas.”

Senior Joe Cruz, communication management design major and Latin American studies minor, said he will be presenting on his experience attending a college-sanctioned event that documented protests at the Arizona–Mexico border through a documentary and a photo essay.

Cruz recently took a trip to the border with the college’s Latin American studies department and wants to learn more about environmental crises caused by neo–imperialism at the Arizona and Sonora-Mexico border.

“This event will shine an important light on the connections and intricacies of our chosen fields of study and the spaces we occupy after graduating,” Cruz said. “The world is faced with more and more complex problems that require us to rely on multiple disciplines to design the most equitable and sustainable solutions.”

Cruz said he hopes to get feedback and constructive suggestions on how to localize his work to create a further impact on the audience.

Moritz said he hopes the symposium creates a space for students in which the science and social issues can come together in order to communicate the existing intersectionality within the two topics.

“This event is just a way to get that ball rolling even more,” Moritz said.

The students said they were inspired to host the event because of the urgency needed to address environmental crises and the need to recognize how these crises affect daily lives. They also want students to facilitate conversations about the use of media and how it can bring attention to environmental issues. Moritz said this is prompting the need for the symposium to take place on campus.

“Climate crisis, as it is happening right now, affects every living being, including every human,” Moritz said. “I want anyone and everyone to be there. We’re really focusing on getting the word out as much as possible and get some numbers to come in.”

Students looking to get involved in the CNS and Park Symposium can sign up for the event via an online form. Students will then be further contacted by members of the team and assisted in the creation and development of their ideas. Additional information regarding the event can be found on Facebook under the event Park/CNS Symposium.