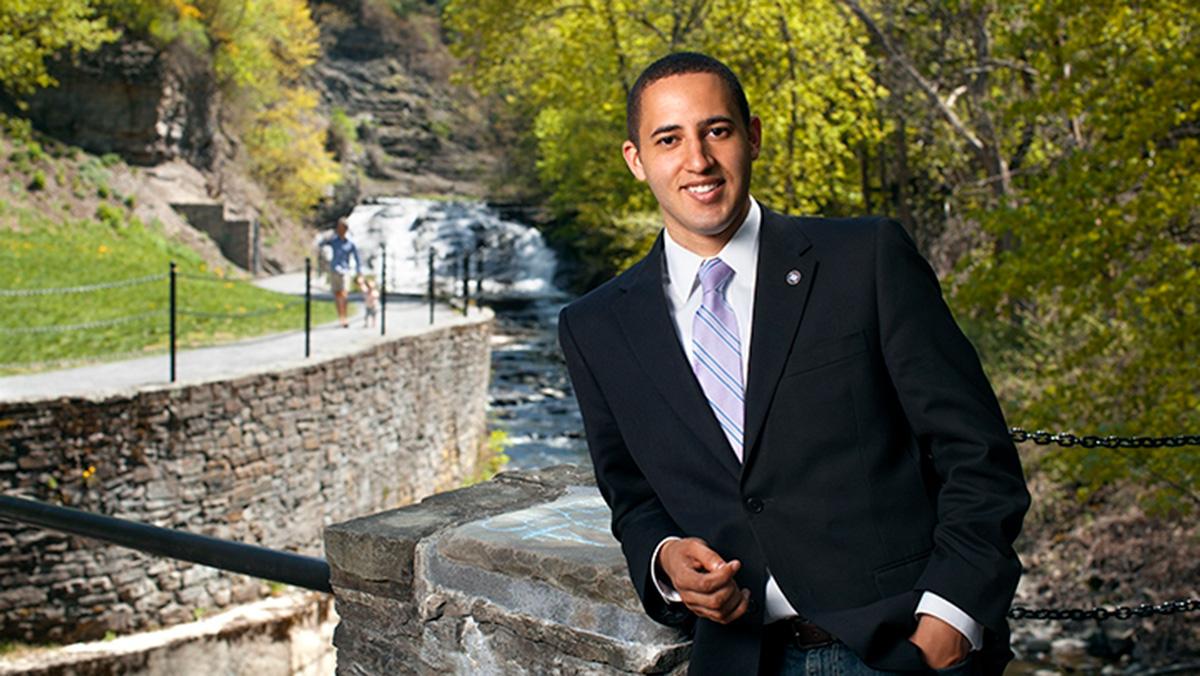 Photo Courtesy of Ithaca Mayor Office
Svante Myrick, mayor of the City of Ithaca, has been named to Forbes’ 30 Under 30 list for influencing law and policy during his four years as mayor.
By Ryan King — Staff Writer
Published: January 22, 2017

Svante Myrick, mayor of the City of Ithaca, has been named to Forbes’ 30 Under 30 list for influencing law and policy during his four years as mayor.

Forbes’ 30 Under 30 is an annually published list that recognizes 30 individuals younger than 30 years old who have helped transform an industry. In a Facebook post Jan. 3, Myrick expressed his gratitude for the award.

In its profile of him, Forbes touted some of Myrick’s accomplishments as mayor, including his closing the $3 million deficit he inherited and his 2016 re-election victory with 89 percent of the vote. The editors for Forbes’ 30 Under 30 declined to elaborate any further on why Myrick was chosen.

Shortly after being listed on Forbes’ 30 Under 30, Myrick was also named Hot Do-Gooder on Rolling Stone Australia’s The Hot List 2017. In its article, Rolling Stone cited Myrick’s controversial heroin policy proposal, which gained national attention last year, as part of the reason for putting him on the 2017 hot list.

Myrick has previously received national recognition for his accomplishments in Ithaca. In 2014, he received the John F. Kennedy New Frontier Award, and in August 2016, a Politico survey of mayors across the country listed him as being the most innovative, having the biggest turnaround and being a mayor to keep an eye on.

Despite the national attention, Myrick stated in a Facebook post that he will remain committed to Ithaca. He also discredited rumors that he might run for Congress and stated he wants to continue serving as mayor while also trying to play a larger role in state and national conversations.

Ithaca is smart: what makes Ithaca the “Smartest city in America”