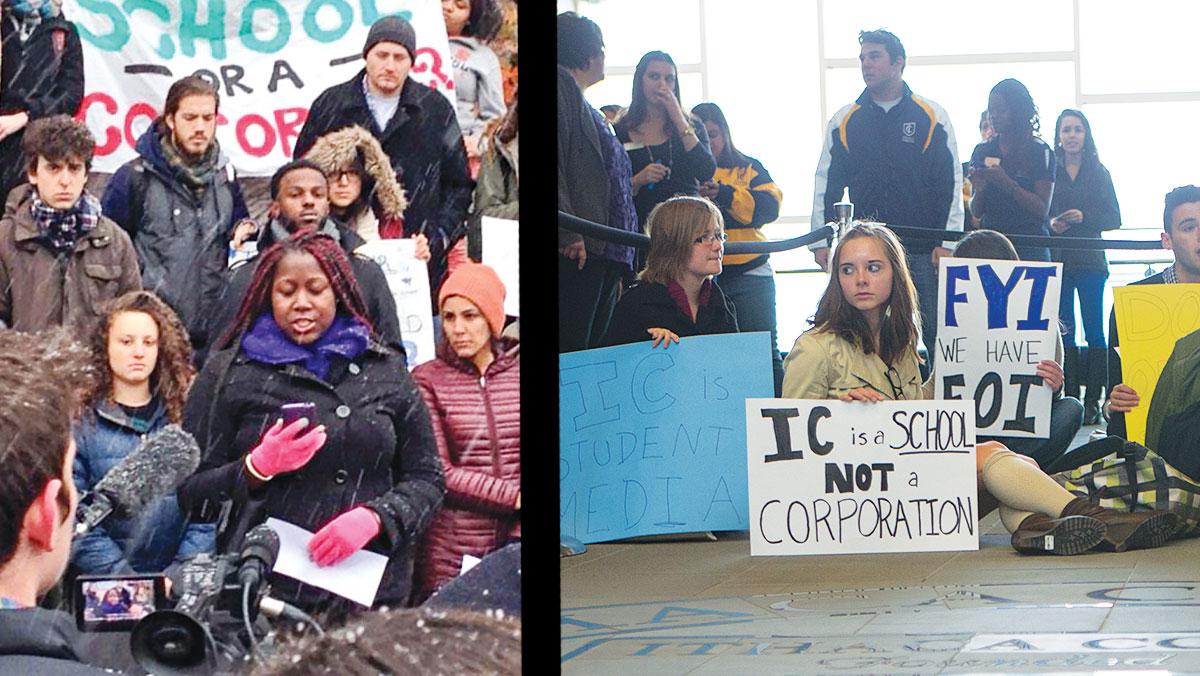 The student sit-in at Crouse-Hinds Hall at Syracuse University enters its third week, and the atmosphere surrounding negotiations between the protestors and the university administration has taken a turn. The 43-page list of grievances written by THE General Body, the protest organizers, has lengthened into a 52-page document annotated by the administration with responses to each complaint. On the evening of Nov. 14, Daniel French, Syracuse’s general counsel, hand-delivered copies of the student conduct code and campus disruption policy to the students stationed in the administrative building. In them, sections detailing how the students might be disciplined were highlighted.

Since being served, the students are no longer immune from sanctions relating to the conduct violations specified, a revocation of the immunity they demanded — and were granted — at the beginning of the sit-in.

Mara Sapon-Shevin, professor of inclusive education at Syracuse, said more faculty came out with their support for the students in a rally on Nov. 17 after the administration denied the students legal counsel from outside consultants.

She said faculty also met with students on Nov. 18 to discuss strategy and tactics with moving forward. The students are prepared to stay where they are through Thanksgiving break if necessary, according to THE General Body’s website.

Chancellor Kent Syverud’s decision in May to close the university’s Advocacy Center, a service center for victims of sexual abuse and dating violence, was the initial impetus behind the protests. As other campus groups identified additional issues, they joined together to form THE General Body as a vehicle to address their concerns.

In this issue, The Ithacan compares the main demands listed by THE General Body, and the respective responses by the university administration, to the way similar issues have been addressed on the Ithaca College campus.

The information for the graphic below was compiled and reported by Staff Writer Aidan Quigley. 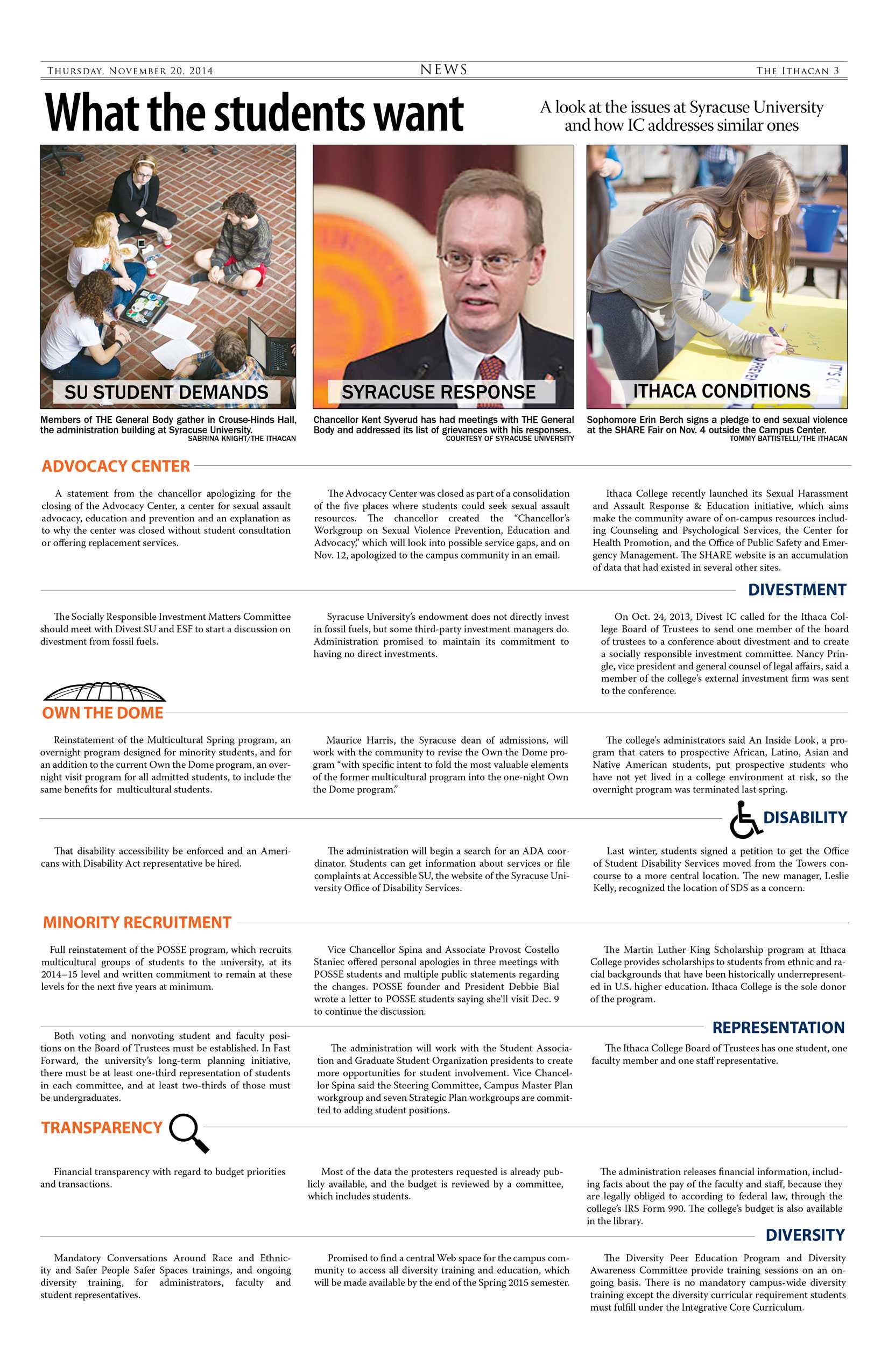