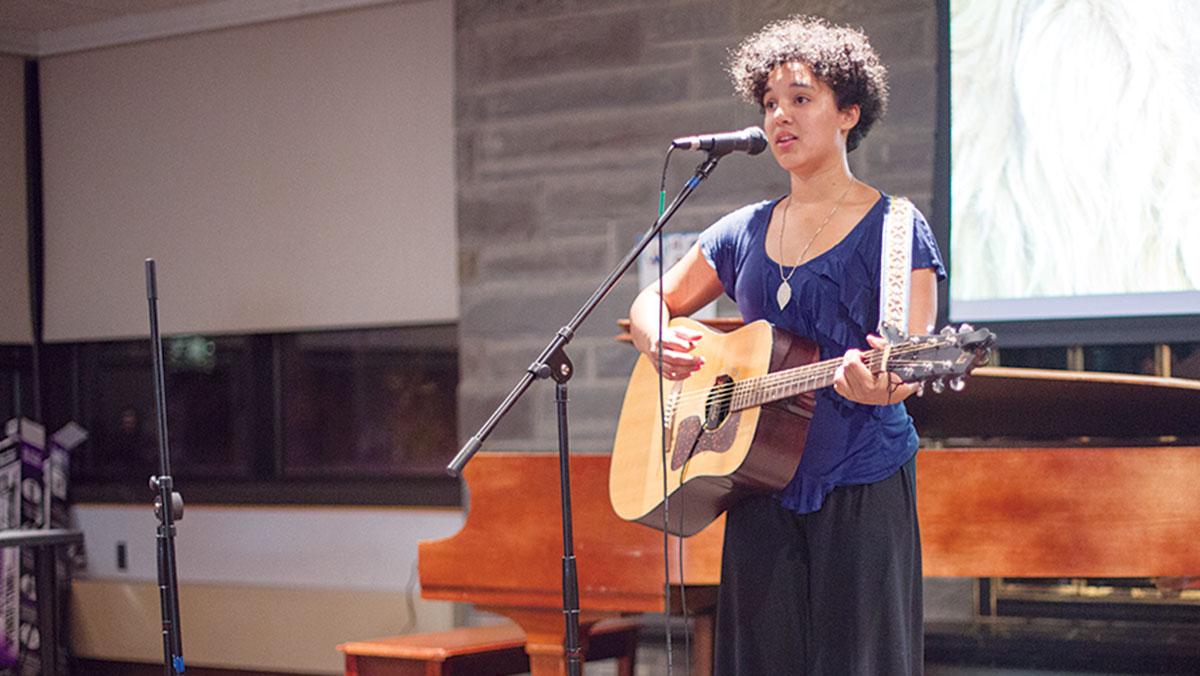 Since the announcement of the closing of the TC Lounge about a year ago, the executive boards of Open Mic Night and Jazz Night have successfully found a new venue for their performers.

The Open Mic Night board ended up alternating the nights of Open Mic Night between IC Square and Clark Lounge from 9 p.m. to midnight every Wednesday, while Jazz Night takes place from 8:30–11:30 p.m. every Thursday in IC Square.

The student body was told on Nov. 5, 2013, that the TC Lounge would be closing due to the consolidation of the physical therapy program at the Rochester Center on the Ithaca College campus. As a result, the Office of International Programs moved to the old Information and Technology Services space in Job Hall, and ITS took the space of the TC Lounge for its offices.

Sophomore Maris Krauss, a songwriter and performer at Open Mic Night, said the lounge had a certain elegance and offered a way for students to enjoy entertainment.

Despite efforts to try and save the TC Lounge, the Student Government Association has discontinued its efforts to sustain the space for students, Open Mic Night and Jazz Night.

The SGA began creating the Save the TC Lounge Bill and made a decision in April to continue working on it for the 2014–15 school year, according to the SGA’s official website. This bill, which senior Josh Couce was in charge of, was created to ensure that students and events, like Open Mic Night, had somewhere to go.

Following up on the issue this year, he said he decided not to push for any other actions because it was a finished deal.

“I didn’t pursue it any longer because the offices had already moved,” Couce said. “TC Lounge was not coming back.”

Margie Malepe, director of Campus Center and Event Services, said a month after getting the news from the administration about the lounge, the Jazz Club and Open Mic Night began meeting with Campus Event Services for a new venue. She said Open Mic Night was eyeing Clark Lounge, other lounges on the second floor of Phillips Hall and Muller Chapel.

Gray said the Clark Lounge offered a piano and a more intimate setting. However, Malepe said with the lounges being one of the more formal places on campus for banquets and dinners, it would be hard to book a steady number of events there.

Once the IC Square slots were mentioned by Jazz Club, Open Mic Night decided to join as well. Malepe said CCES offered up IC Square so that it could have a more public feel.

Gray said the transition from the TC Lounge to these new locations made those who have been a part of the organization for a longer period of time feel hesitant.

She said she was shocked at the response from the students. Attendance at the events went up, and performance slots filled up quickly every Wednesday night the event was held, which Gray said made the transition easier.

She said although the lounges offered something different than the TC Lounge, it was still one of a kind.

“There will never be a place like TC Lounge,” Gray said.