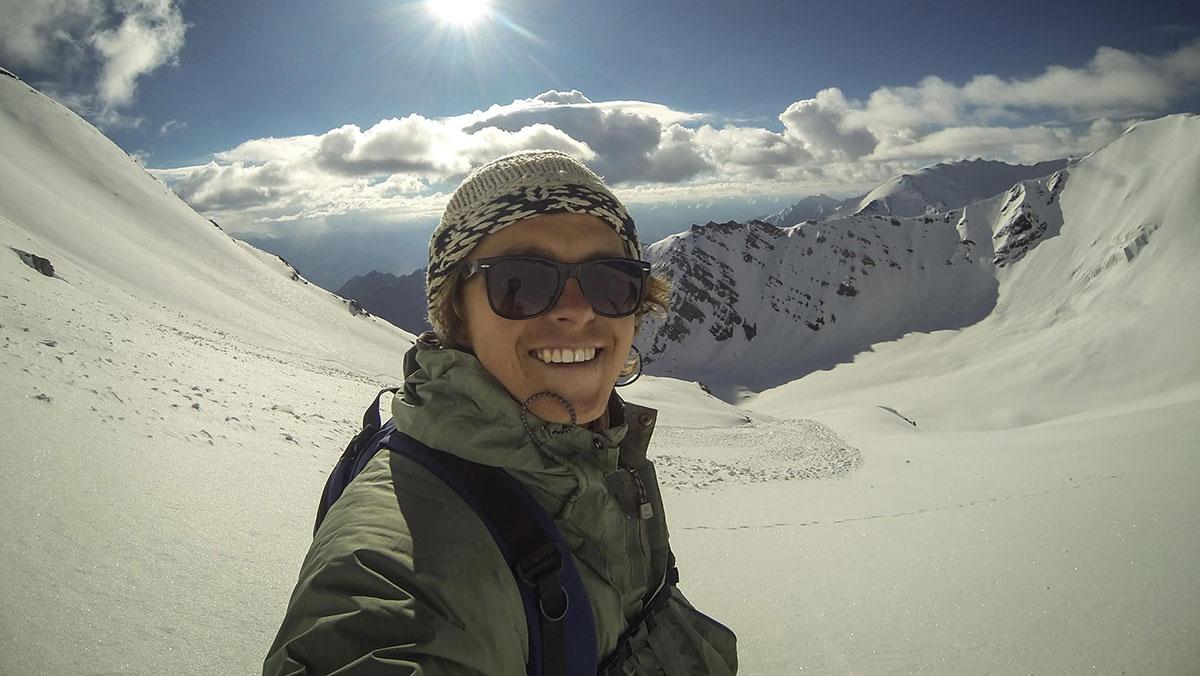 Courtesy of Taylor Graham
Taylor Graham, senior emerging media major, poses on top of a mountain in Ladakh, India where he studied abroad last Spring. Graham is one of the three Ithaca College students to receive a Fulbright Open Study/Research Award. He will be returning to India to extend his research and create a documentary.
By Danielle Lee — Contributing Writer
Published: April 10, 2016

The Fulbright Program has awarded three Ithaca College students — seniors Erika Bucior, Jaime Lisack and Taylor Graham — a Fulbright Award, a selective grant to fund international research for postgraduates. The three students have excelled at the college by using their majors to interact with international countries.

These three students were selected out of 16 applicants at the college. According to the Fulbright Program’s website, the program offers opportunities for students and young professionals to do international graduate study, research and teaching worldwide. The program currently awards approximately 1,900 grants annually; however, only the top 5 percent of applicants overall receive the award.

Hugh Egan, an English professor at the college, serves as a liaison for students interested in the Fulbright award.

“The Fulbright commission, apart from the intellectual legitimacy of the students’ project, is looking for students who are good ambassadors and American ambassadors to the country they’re applying to,” Egan said.

The English Teaching Assistant Award places recipients overseas to supplement local English language instruction in the classroom. The Research Award is offered for applicants’ own independent study in all academic, creative and performing arts fields.

Egan said both application processes involve a project statement and a personal statement that is reviewed during an on-campus interview with Egan and two professors in the field related to the applicant. 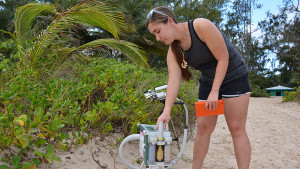 Erika Bucior, senior environmental studies major, works with plants in Puerto Rico in 2015. She will be going to Trinidad and Tobago this summer to continue studying plant physiology. Photo courtesy of Erica Bucior.

Bucior, an environmental studies major, will be studying plant physiology in Trinidad and Tobago. She said she is going to compare two plant species that grow on the same coastal habitat and investigate why one species is going to outcompete the other. Bucior said she has presented her existing research at six conferences and is currently writing two papers for publication.

She said she was shocked when she received the email from Fulbright, which she opened with her sister.

“I had been waiting for this for four months, so I called my sister, who is a sophomore here, and said, ‘Can you meet me in my research lab, I really want you there.’ We counted down, clicked open the email, and I was so shocked that I kept reading it over and over again to make sure I was reading it correctly,” Bucior said.

Graham, an emerging media major, will be using the grant to make a documentary on water usage in India during the 2016–17 academic year. Last spring, he studied abroad in India, where he made a documentary project called “Taming the Teesta,” which was about hydroelectric damming.

Graham said that with this award, he would like to draw more attention to critical water issues and the effects of climate change on water supply.

“I really owe this experience to all my professors and students that I have had the opportunity to work on research projects with,” Graham said. 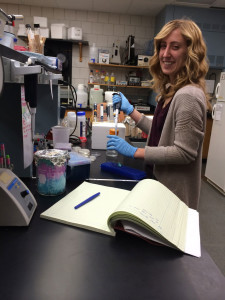 Jaime Lisack, senior biochemistry major, works on a research project in a Center for Natural Sciences lab at Ithaca College in Fall 2014. This summer she will be completing research in a lab in Germany. Photo courtesy of Jaime Lisack.

Lisack, a biochemistry major,  will be using the grant to study cell biology in a lab in Germany. She said she wanted to do research on a molecular level and that the lab in Germany is doing innovative research and contains the right machines and tools to study particular cells.

She said she is honored to be a Fulbright recipient and that she feels like it hasn’t hit her yet.

“I am most excited to be living in Germany for 10 months,” Lisack said. “I hope this award helps me figure out what type of science and research I want to do, help build connections or contacts in Germany so I could potentially move there later.”

All three recipients had advice for future applicants, urging students to follow their passion and take a chance.

“If you have a really deep passion for it, go for it,” Bucior said. “I went into the process, and I thought it was a very slim chance, but I put a lot of time and effort into my research, and I ended up getting it … something that I never thought was possible.”