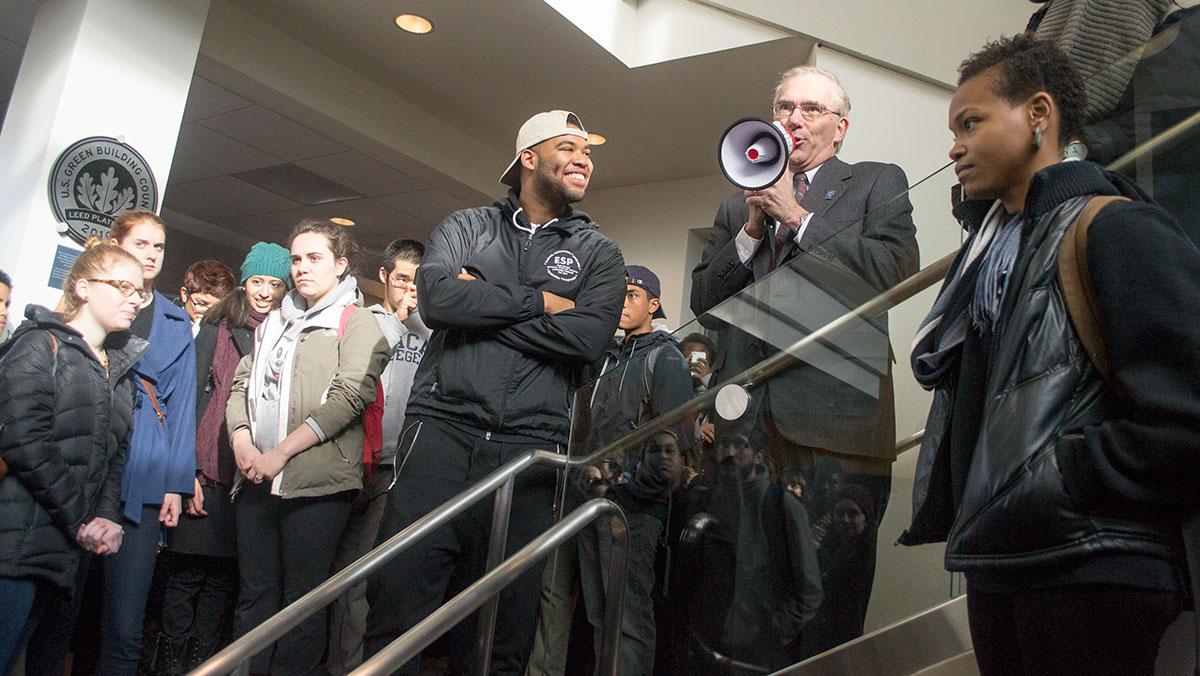 On Dec. 4, after a die-in demonstration in response to the recent grand jury decision to not indict New York Police Department Officer Daniel Pantaleo in regard to the chokehold-related death of 43-year-old African-American Eric Garner took place in several spots on the Ithaca College campus, the crowd of students marched to the Peggy Ryan Williams Center. Once there, many members of the group yelled for Ithaca College President Tom Rochon to address the crowd. As Rochon spoke to the students, he was interrupted multiple times by protestors asking for him to address the police brutality issue, and then for his support in establishing a Native American minor program.  Sophomore Chantley Thomas took video of the speech.