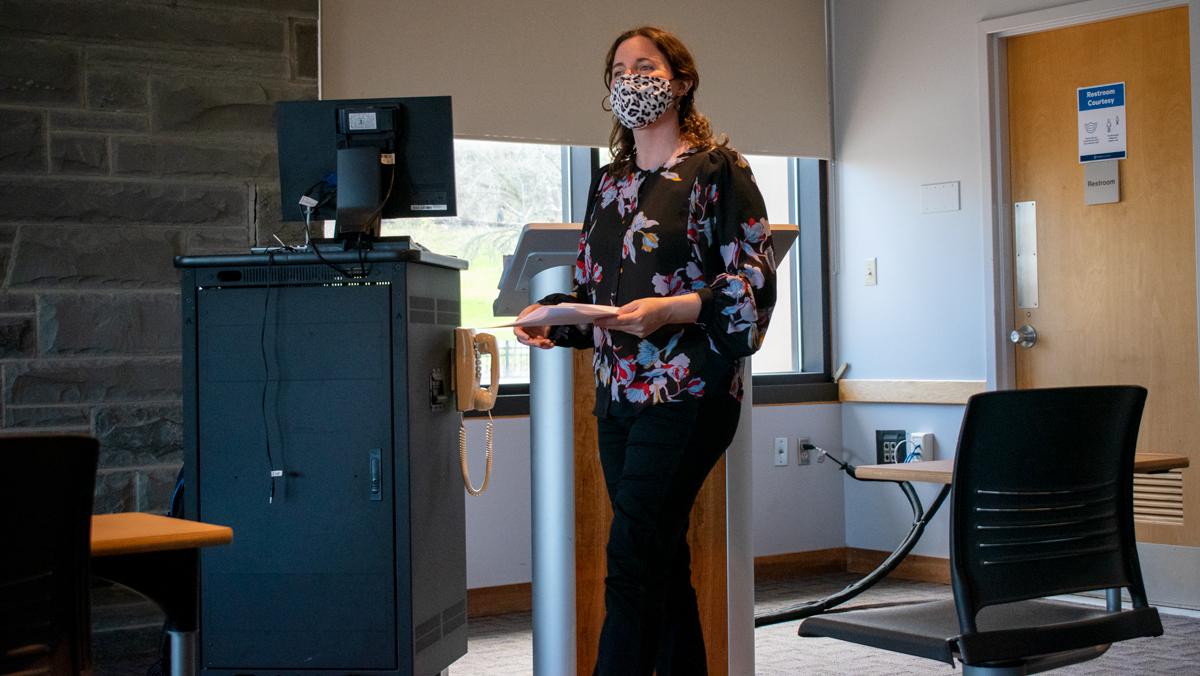 After years of progress and development, the Ithaca College Women’s and Gender Studies (WGST) program will offer a new major in women’s, gender and sexuality studies (WGSS) in Fall 2021.

The Women’s Studies program was established in 1995 and was changed to Women’s and Gender Studies (WGST) in 2014. Currently, it is only offered as a minor. It is an interdisciplinary program made up of classes and professors from all five schools that explores the way that women and gender as categories of analysis intersect with race, class and sexuality. In Fall 2021, the college will offer the WGSS major for the first time, which will include classes in the Departments of Sociology, Anthropology, Biology, Theatre Arts, Art History, English and Psychology. It will also include television-radio classes, music classes and health-related classes.

Claire Gleitman, professor in the Department of English and coordinator for the WGST program, said the program has grown to be the third largest interdisciplinary minor at the college.

“I’m delighted that there will be a WGSS major as of Fall 2021,” she said via email. “We had hoped that the process would move along as swiftly as it did, but we weren’t sure that it would.”

Carla Golden, professor emeritus and former coordinator for the WGST program, said Bartoszynska and Bharj’s appointments to the WGST program are significant because the program draws its other faculty from other departments.

“It’s a little hard to run a program like that, where you’re drawing from people all across the college,” Golden said. “It would be nice to have people that are dedicated just to women’s studies, but we don’t have that. We don’t have the option of that.”

Bartoszynska said she was thrilled by the approval of the WGSS major.

“Since coming to IC, I’ve been so excited and impressed by our students and their enthusiasm for, and commitment to, the program and the work that we do,” she said via email. “It has long been a popular minor, but the shift to a major will allow students to pursue their studies in more depth.”

Gleitman said Golden was also key in the formation of the WGSS major.

“I think of the major as Carla’s legacy, not only because she worked tirelessly on the task of shaping and proposing the major but because she was instrumental in making the WGST program as strong as it is in the first place,” Gleitman said via email. “The major required that foundation, which was Carla Golden’s labor of love.”

Golden said she was involved in creating the original women’s studies minor, and taught the first Introduction to Women’s Studies class at the college.

Golden said she and Gleitman worked together on a proposal for the new major to submit to the New York State Education Department in Spring 2020 and throughout the summer, and submitted it in Fall 2020. The Education Department must review, approve and register every program that is creditable toward a degree at colleges and universities in New York state.

“I think it’s fantastic,” Golden said. “It will bring Ithaca College into the 21st century. Every school ought to have a women’s, gender and sexuality studies program, especially Ithaca, which is such a progressive school.”

Golden said she thinks the WGSS major is important because it takes an intersectional approach to examining power structures and social change.

Sophomore Sara Ostermeier currently has a minor in WGST. She said that the WGST classes cover engaging material and that she intends to add the WGSS major in the fall.

“There’s so many people who are interested in the subject in general, that I think it’s a really good move to have a major for this,” she said. “I think it’s the kind of major that’s perfect for Ithaca College. … It matches who the college is and its identity to have this major.”