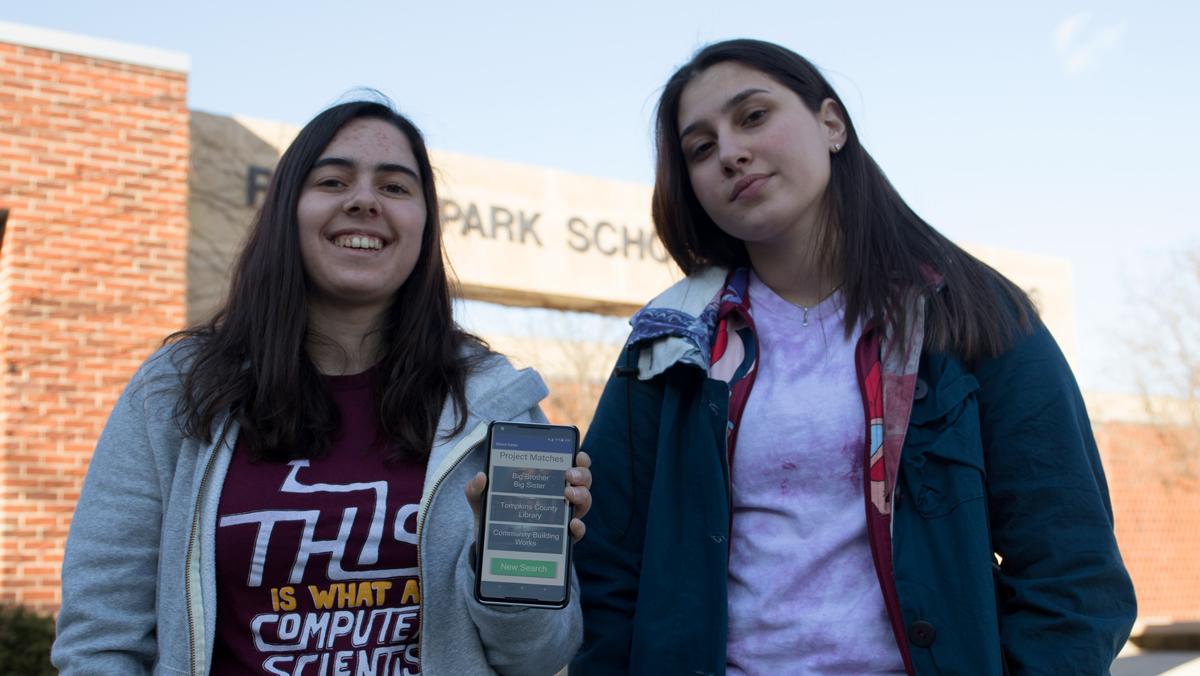 Ithaca College Women in Computing is a group at the college that is led by students with the goal of supporting women in the field of computer science — a field that is male-dominated. At the college, there were only 10 women in the computer science major, compared to 47 men in the Fall 2017 semester and 10 women, compared to 30 men in Spring 2018, according to the Office of Analytics and Institutional Research.

At the event, each team had 24 hours to complete an app within a topic or theme that they chose. There were 37 teams at the event. Suna, Polley, Mdevadze and Sharma decided to create a community service app named Ithaca Cares, Polley said.

Ithaca Cares is currently only available for Android phones because Suna, Polley, Mdevadze and Sharma used basic, prior knowledge of Android Studio to create the app. The app allows users to find and choose community service events and opportunities in areas that interest them. Polley said the team thought the college’s online search list for community service was confusing and obscure and they wanted other students to have a simplified way to tap into community service opportunities.

Suna said they all had a hard time staying awake for the entire night and staying in the mindset of getting the app done and doing it well. Even though they all felt the pressure of the event, it did not take away the joy they felt when they not only finished their own app but won the Liberty Mutual Hack award, Mdevadze said.

“It was interesting because none of us had built an app before, so we had this small period of time to learn how to make an app,” Polley said, “Working on a tight deadline and not being able to sleep was hard, but it was a great experience.”

Ithaca College Women in Computing gives its members opportunities to attend events such as WiCHacks. They do attend coed events as well, but the all-women events allow the members to work in a supportive environment with many other women in the technology field, Suna said.

“What’s really cool about hackathons where it’s just a women–only competitions is that everyone is super nice, super supportive,” Suna said, “We’re all here to support each other, to make cool projects and to learn.”

WiCHacks is a great learning tool for students who are going into the field of computer science or into other technologies, Sharma said.

“Attending a hackathon was always on my bucket list,” Sharma said, “Through WiCHacks, I have learned a lot … Something I would take away would be the collaborative work we did to create the app within 24 hours.”

Suna said before college she struggled with apparent sexism when working on her robotics team. But while being in college Suna, Polley, Mdevadze and Sharma all said they have felt the same respect and care from their professors and fellow students even though there are many more men in their major and classes than women.

“I feel I have been given ample support from my professors and family,” Sharma said. “It makes me feel empowered to enter into a male-dominated field.”

Sam Smith can be reached at ssmith18@ithaca.edu or via Twitter: @itssamsmith_