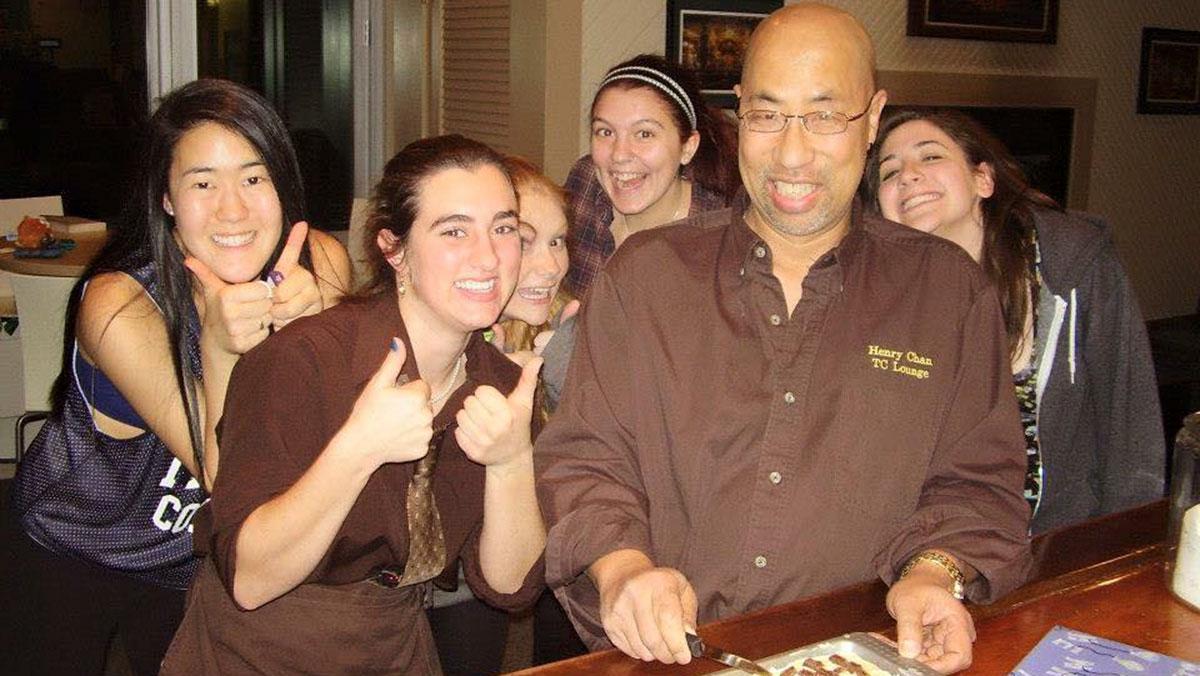 Courtesy of Emelia Breen
Henry Chan, right, a previous employee of the TC Lounge, which was shut down at the end of the 2014 academic year, is pictured with a group of Ithaca College students. Chan died Sept. 15.
By Emelia Breen
Published: September 30, 2015 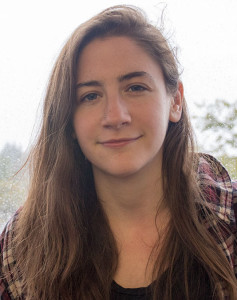 Perhaps you can recall the taste of caramel drizzled over whipped cream, mashed with chocolate brownie, delighting your senses, or the tunes and beats of open mic night reverberating through all of East Tower. We have since said goodbye to the sweets and sounds of TC Lounge. If you were a regular, or just an occasional visitor, to the TC Lounge, you would’ve encountered the witty comments, jokes and smiles of Henry Lee Chan. As a freshman, my first job on campus began with Henry teaching me how to tie the brown TC Lounge uniform tie, just as he had taught many others before me.

On Sept. 15, Henry passed away at the young age of 54, and although he was known by a large part of the student body, Ithaca College was largely silent. When I learned of the news through different Facebook statuses, I was shocked. However, I was quickly unsettled by the fact that this news had flown under the radar on campus.

Henry shared his passions with us through intricate stories about his past as a dancer and a chef — stories so packed with thrilling details, you didn’t even care that some of them probably were exaggerations.

Craig Babcock ’15 remembers Henry as a mentor and creative guide through his first three years of college.

“Henry encouraged change and had an eye for music. He was unique, special and had the biggest heart for all of us,” he said.

One of my fondest memories is from the spring of 2013, the day that Henry had all of the TC Lounge employees up to the 14th floor to have a lunch that he had graciously prepared.  We joked and munched, sitting beside glorious windows that let in upon us arguably the best view on campus. He wanted to share his traditions with us through his combination of spices and more. He wanted to appreciate us for our work and create a space for us to enjoy our small community within the larger one of the college. He continuously gave and gave, and I will always be grateful for his advice and guidance.

The question becomes how can the life of such an incredible man, who not only guided the employees of the TC Lounge, but the students in charge of open mic night, not get recognized by the college? The only mention of his passing was hidden within the threads of Intercom attached to a link that merely said “Sad News.” I believe Henry’s contribution to the college stretched far beyond lava cakes and warm chai. He brought encouragement and kindness, and there is no doubt in my mind he had an impact on the students who knew him.

Emelia Breen is a senior culture and communication major and former TC Lounge student employee. Email her at ebreen1@ithaca.