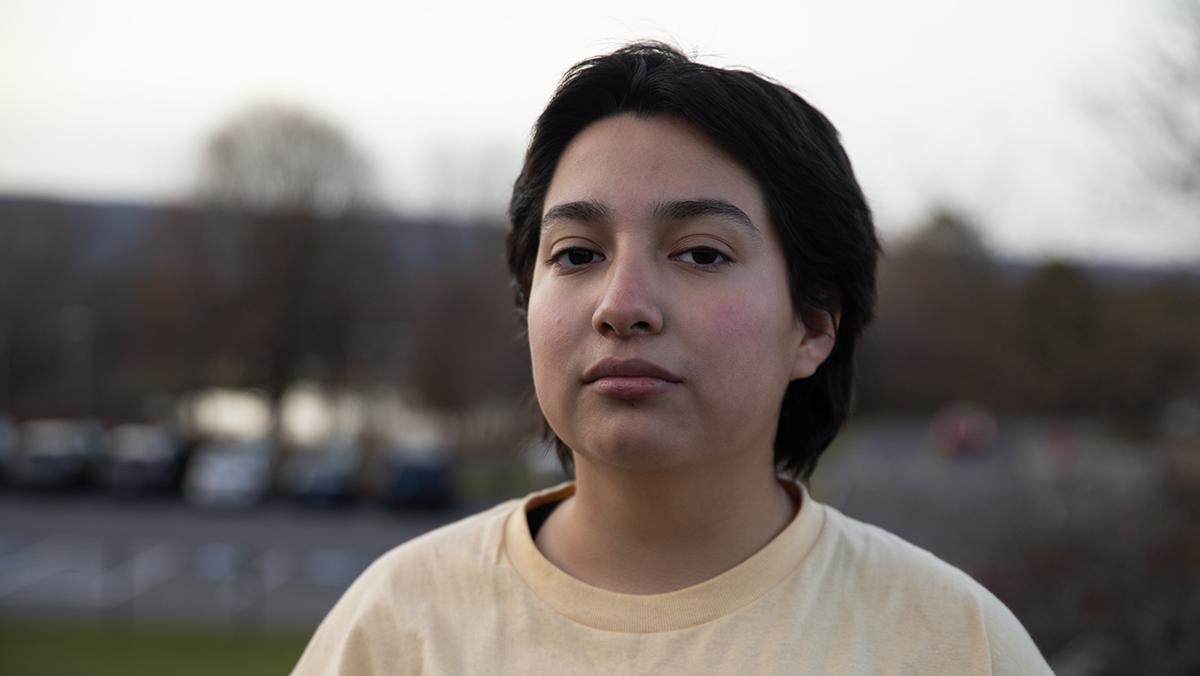 Maddy Tanzman/The Ithacan
Junior Seessa Kauffman addresses their discomfort with the celebration of Thanksgiving. They provide alternatives to the traditon that benefits from the colonization of Indigenous people.
By Seessa Kauffman
Published: December 7, 2022

My dad is indigenous to Ecuador while my mom is a white person from Missouri. I’ve always had my foot in two worlds, and neither of these worlds always fully accept me. Attending predominantly white schools since pre-kindergarten, I’ve never really felt like I fit in anywhere. I celebrated Incan days of importance, ate Incan foods and traveled to Ecuador every summer. Some of my classmates thought I was weird for embracing my culture, so I identified as white and suppressed my identity until I was 16 because I didn’t really know what to make of my identity.

Now I identify as a “reconnecting native,” meaning I am trying my hardest to reconnect with my culture after denying it for some time. “Reconnecting native” also refers to Native Americans or Indigenous people.

There are many myths about Incas and Native Americans in general that just aren’t true. For example, Native Americans didn’t teach colonizers to bathe. We aren’t any less “civilized” and we aren’t “savages.” I honestly really hate that word because it is racially charged and was very much used against Native Americans for a long time. We didn’t just let colonizers kill us and weren’t just passive in the colonization process. Also, we need to be referred to in the present tense, not the past. Many Native American and Indigenous tribes are still around today and have land “given” to them by the United States government or by the government of the country to which they are native.

Many people, especially white people, don’t know how to refer to us correctly. Since I’m not native to Turtle Island (the United States), I like to identify as Indigenous. Also, most people native to Turtle Island might still prefer the label Indigenous instead of Native American. Some native people are reclaiming the term Indian, but that’s not something anyone non-native should assume a native person wants to be called. It’s mostly a term used within communities.

Although I’m not native to Turtle Island, I do understand being killed, displaced and/or colonized just for living on land someone else wanted. In Ecuador, Indigenous people are still tortured and killed for being Indigenous. Speaking Quechua is still looked down on and not allowed in some places. Inti Raymi, the celebration of the sun, is still celebrated, but not everywhere by all Incan peoples.

Not many people know about the #LANDBACK movement, but this movement is very important to native and Indigenous peoples. The movement is in favor of reparations and giving land back to Indigenous peoples and reservations. #LANDBACK doesn’t just call for land acknowledgment during services and events, but also to do something active to give back. I recommend looking up some things about the movement because not many people know about it. The movement is especially interesting because it means different things to different people because some Indigenous people are content with land acknowledgments and donations while others want the complete surrender of the colonizers’ current land to native people.

Acknowledging the problem means nothing without direct redistribution of power and wealth as reparations to Indigenous communities. While looking up whose land you’re on is a good start, donating to the #LANDBACK movement and to reservations’ funds is what should also be done.

The only way to decolonize Thanksgiving is to stop celebrating it completely. Tell your friends. Tell your family. Most of all, tell people that might not respond well to it. Have uncomfortable conversations. The initial discomfort is worth the racism prevention and one of many ways to pay reparations.