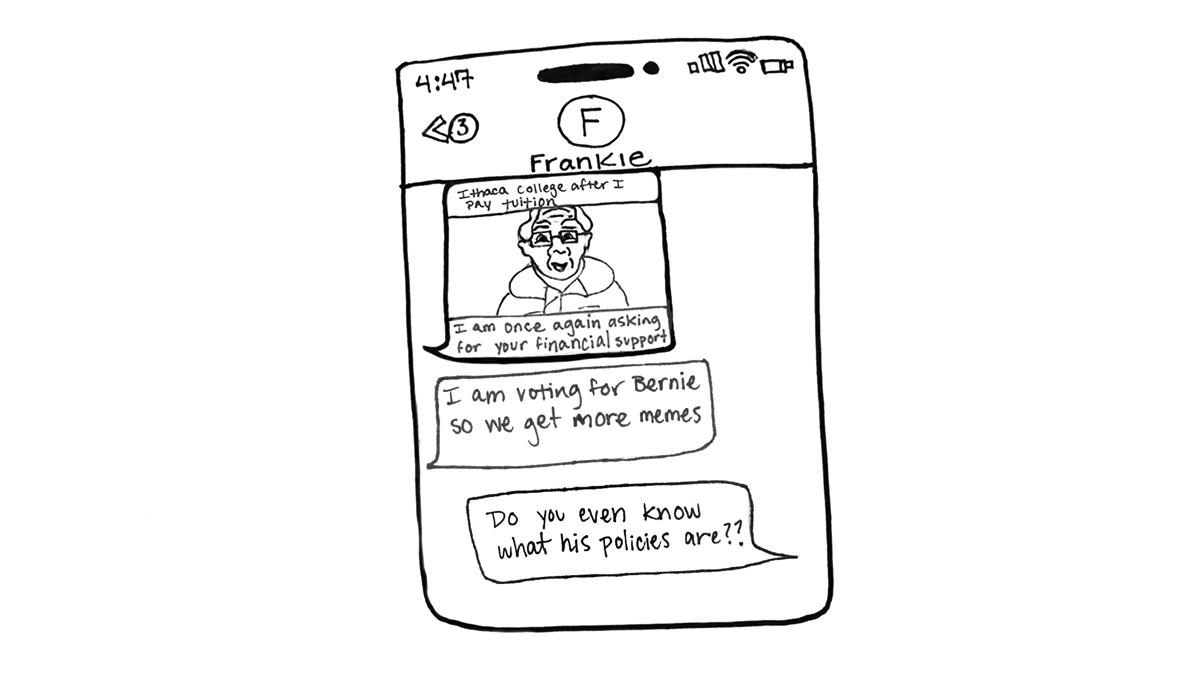 Super Tuesday is the first big primary event after months riddled with debates and election predictions. For Democratic student voters, primary election days are the first chance to step up and vote after months of a seemingly endless news cycle.

Student groups across the nation are organizing in order to make sure that college campus populations are well educated on how the voting process works. For example, Ithaca College’s Student Governance Council and Center for Civic Engagement are partnering on the initiative IC Votes, which aims to help inform students on how to register to vote and how to obtain and fill out absentee ballots.

On Super Tuesday, an underwhelming number of student voters participated. Initiatives like IC Votes could help influence the student voter turnout in the next set of elections.

Initiatives like IC Votes are vital during this election cycle because of how important votes coming from college-age people will be for the 2020 election. Tufts University’s Institute for Democracy and Higher Education released a report that found student voter turnout between 2014 to 2018 nearly doubled. Based on the pattern shown in voter turnout from the last two elections, it would not be surprising if student voter turnout continued to increase for the 2020 election.

While it is important for students to vote, it is also important for them to be well-informed on each candidate’s policies when they cast their votes. It is imperative for students to understand each candidate’s stance on higher education and the steps they are willing to take to improve it and make it more attainable for all. As college students, this is something that affects us all, some to a much more crucial and personal level than others.

In a time in which social media dominates people’s lives and the way people perceive the world, it is very easy to get caught up in the noise of social media activism — the flashy articles, the influencers endorsing candidates and the culture that is embedded in appearance rather than policy. Students must not only seek out information but use their own judgment as to whether or not their sources are reputable.

If students want to see structural change in higher education, it all starts with the policymakers that put the rules in place and decide on funding. It is up to student voters to represent themselves through the candidate they choose. To college students on both Ithaca College’s campus and beyond, educate yourselves through proper research, not just the first source that comes up on Twitter, Facebook or Instagram. Voting is a simple thing, and it is a powerful right that all students should take advantage of.

Commentary: Divisive rhetoric is not productive

Commentary: Campus dialogue has been lost in activism