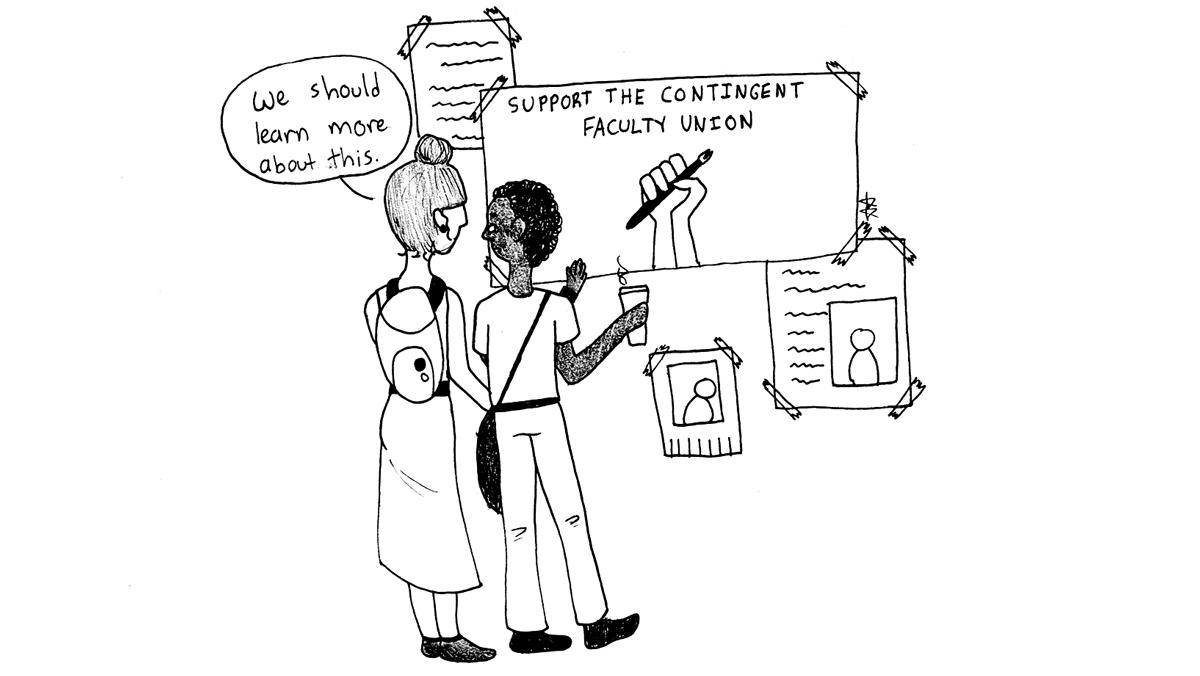 The Ithaca College Contingent Faculty Union hosted its first Local Labor Discussion Panel on Oct. 28. The panel featured labor leaders from campus and the local community, including representatives of GreenStar Workers Organizing Group and student workers from the college.

At the event, local labor groups and union representatives engaged in an open dialogue about the challenges faced by workers in the community. They discussed union-busting tactics, working conditions for students and contingent faculty at the college and how the community can support local workers.

As union members, labor activists and everyday workers continue working toward equitable labor conditions, it is crucial that campus community members take advantage of opportunities to engage with those directly affected by injustices in the workplace. This is especially important as many in today’s workforce continue to experience manipulation and exploitation at the hands of capitalist establishments.

Throughout the last several years, there has been a dramatic resurgence of labor union movements across the country. In mid-September, approximately 50,000 General Motors workers went on strike to demand fair pay and protest the closing of plants. The walkout lasted six weeks before coming to a close Oct. 25, when the United Auto Workers Union voted in favor of a four-year labor deal.

Just last week, the Chicago Teachers Union canceled classes to participate in a citywide walkout. The union is currently negotiating contract specifics with Chicago Public Schools while drawing attention to prominent issues facing the school district, including a lack of financial resources and student homelessness.

Unions play a crucial role in bringing attention to workplace injustice. And they are not just happening in distant, metropolitan areas — they are happening right here in the Ithaca community.

Throughout the last five years, the Contingent Faculty Union has made a number of significant achievements for contingent faculty members on campus. The union secured a three-year contract that significantly improved contingent professors’ salaries and working conditions, and it made steps toward job security and longer contracts. However, despite the contingent faculty members’ admirable efforts and steps toward equality, their plights often go unrecognized or are misunderstood.

Contingent faculty at the college are just a fraction of laborers in the Ithaca community who face exploitation and underrepresentation. Local labor unions — including the Contingent Faculty Union, GreenStar Labor Workers and Cornell Graduate Student Union — all have similar goals: to establish equal working conditions for all.

This is why, now, it is especially important that members of the campus community educate themselves on labor exploitation, its direct effects on both the campus community and the crucial influence of joint labor movements. There is power in numbers. Campus community members have a responsibility to help create sustainable, equitable change.